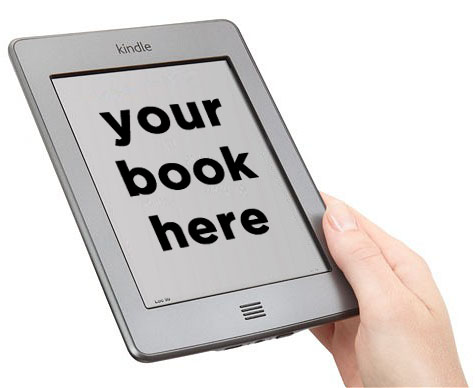 From the very first one – for a Broadway musical show in 1912 – trailers have enticed us for over a hundred years.  And even though they are now mostly used to promote great films, what these brief video pieces really do is help audiences decide what to consume next.

Understandably, we tend to associate trailers with movies thanks to the so-called “coming attractions,” usually telling us what’s going to be released in theaters during the upcoming weeks or months.

Yet, as any respectable video company will tell you, the unique dynamics in play that these pieces provide can entice people to buy more than just a ticket for the new Christopher Nolan film.

A trailer condenses in a short time the most important aspects of a narrative product, giving viewers a better sense of what the work is all about, and how it may be exactly what they are looking for.

That said, different mediums can benefit from different approaches to presentation in order to pique an audience’s interest. So, today, we’re going to talk a bit about the particulars of trailers when it comes to books, and the best way to go about making them!

What Sets Trailers Apart from Other Forms of Promotion?

So, are trailers a subtler kind of publicity? Well, yes! … And no. Books (like films) can’t be sold in the same way shoes, or cleaning products usually are. Or they could, save for the differences between how both are used.

The functional value behind a good Book tends to be either hidden or entirely subjective. And even books about solving problems or making things better, like the so-called self-help genre, can be a great example of why books don’t even need that approach to publicity.

Consider some of the differences between a regular commercial and a trailer. Think for a moment about a trailer for a new soda flavor, and a publicity piece for Stephen King’s most recent novel. Imagine a “tacky” infomercial, to makes things easier.

In a commercial, we are prompted to believe we need that product in our lives. It’s all handled from a purely practical standpoint, focusing on showcasing the product and most of its functionalities. For a book trailer, on the other hand, hints and glimpses about their content tend to be the main selling point. They work more like an appetizer for the main dish.

With that out of the way, it’s time to jump in and have a look at some of the most critical elements you should keep in mind once you decide to work on a trailer for your book!

As the head of a video company myself, it would be disingenuous of me just to say to always go for live footage and/or animations without a few caveats.

Yes, all things being equal, the more dynamic your trailer can be, the better it’ll tend to engage audiences. That’s just a fact. Whether we are talking about a full two-minute animation, or completely acted live-action scene snippets makes no difference – video captures audience’s attention precisely because of their dynamic nature.

However, that’s not to say you can’t get away with using static – or barely animated – images and texts for book trailers if used appropriately. In fact, a book trailer can rely a bit more heavily on an image/text combination than their movie counterparts, since its intended audience is precisely readers.

Regardless of which element you lean on more heavily, do know that music, illustrations, and storytelling should be present no matter what.

One last important point to make here: while movie trailers mostly use scenes that will most likely end up in the final release – or were intended for it – you should avoid citing an entire fragment of your novel.

The one exception would be doing so with the express purpose of using it as a narrative device – with a dramatic voice over – for effect. And even then, you would want to base your entire trailer around that, instead of making it just a portion of it.

Your book trailer shouldn’t last more than two minutes – and depending on the distribution channel, having a version that lasts under the one-minute mark might be ideal.

Audiences have short attention spans nowadays, distractions abound, and brevity is usually warmly regarded. So, yes, your piece should be interesting and appealing, but also clear and straightforward while remaining enticing.

Being “enticing” should be your trailer’s main goal, but always keep your target length present.

Take the trailer for the movie’s Bombshell as an example. Built around tension, it uses only one line of dialogue, on-screen presence, and tonally perfect scoring to make its point in an enticing way. All of it in under a minute and a half!

So, whatever message you need to convey to have audiences interested in your book’s premise, keep brevity as a primary goal. If your trailer lasts more than two minutes, know that few people will make it all the way through.

And before you bring the “But what about [insert name here]’s trailer?” Household names like Rowling, King, and good ‘ol George double-Rs Martin can get away with it because their rabid fan-bases are thirsting for every last bit of content already. They are already “sold,” so their attention will hold longer than usual!

The elements you choose to include in your piece will have a major impact on how the trailer looks and feels, and if it ultimately works or not.

Imagine you are working on a trailer for a love story where the place is as important as the lovers, all three elements must be at least hinted at in the small piece: the two lovers and their surroundings.

Now, creativity can go a long way as to how you go about doing this. You can suggest setting and place just by your music choices alone, for example. So, try to nail down early on, the must-have elements you’ll need on your trailer, and build around them as you go.

As for characters, there are a number of ways you can take, and all can be equally viable – More or less fitting depending on things like your book’s genre, and the overall feel you are going for with your trailer.

You could use the illustrations for the main characters and antagonists, maybe even use different tunes and sound effects to reflect aspects of their personalities. Depending on your budget, you have the whole range of voice-over acting, animated videos, or full-fledged live-action acting, as tools.

Show Barely Enough and Nothing More!

We all know that feeling – all too common in movie trailers nowadays – we sometimes get after watching a trailer that feels like it told us the whole story. Even if that’s not the case, the fact that it felt like it can be a huge detriment to your trailer.

The assumption that after having watched a trailer, the bigger work gets invalidated and can be disregarded runs the risk of entirely destroying your trailer’s purpose. Even if audiences understand on a conceptual level that there’s more to this story, you need to make them feel like that’s the case too.

As you work to bring the important pieces of your trailer together, keep in mind that your trailer must lead people to the actual work, and prompt them to take action – Even if it’s just something as simple as stopping and looking up the excerpt online.

Trailers have been around for a long time now and for good reasons.

Done right, they can be extremely compelling, cost-effective promotional alternatives that you can use to bring a lot of attention to your work. Their versatility and the different avenues at your disposal make them only add to their value.

However, there are plenty of ways in which you can derail the intention behind your trailer and have a piece that works against your objectives.

Consider the key elements we talked about today, and use them to guide your trailers’ production – Ensuring it results in a piece that helps you bring your work to the attention of a bigger audience!

Victor Blasco’s an audiovisual designer, video marketing expert, and founder/CEO of the explainer video company Yum Yum Videos. Besides running the business, he’s a lifelong student of Chinese philosophy and a passionate geek for all things sci-fi.