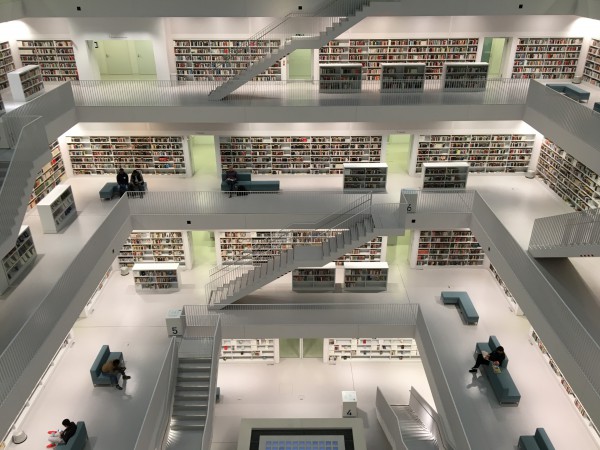 As far as sticking points go in the literary world, publishing tops the list of controversies. Why? Well, to put it mildly, some authors simply want to be able to publish their works, or self-publish as it’s commonly called, while others hold the notion that literary works have to follow the ‘normal’ or traditional route of publishing. But is this really what it’s about? Because deep down and often at the center of this argument is the fact that it’s all about the money.

Many have taken a rather high moral ground with claims to dying first before actual self-publishing but as far as publishing goes, it’s anyone’s choice to make. Traditional publishing has often been associated with iconic authors and books. It’s also associated with the proper way of publishing books as well as holding on to a standard that ensures the literary world maintains the respect it has.

Quite frankly, traditional publishers hate self-published authors and for good reasons. This article aims to uncover them all.

The traditional way of publishing comes with a lot of caveats and roadblocks much like gold passing through fire to get refined. Think about the gatekeepers including agents, editors, publishers and every type of reviewer out there. They provide a much-needed assessment on the work of an author, ensuring for the sake of literature, that the work is good enough to grace a shelf and subsequently, the hands of a willing reader. In essence, such books go through checks even if there’s no guarantee the work will be perfect but the point to note is that there’s no easy process to get published traditionally. For example, research paper writing service are working on a book would be subjected to these checks.

In the year 2017, self-publishing of print books rose by 38 percent for a total number of 879,587 signaling a shift in direction and emphasis on traditional publishing. If you’re a writer, you’ve probably come across people egging you on to self-publish your work, with the sole reason that it earns you more. The fact is it does or at least, has a marginal advantage over traditional publishing, hence the hatred. Self-publishing undercuts profits, with authors getting to keep the majority of the profits, distribute content as they deem fit and make major decisions. For example, with self-publishing, an author may be entitled to between 50-90% of the royalties while traditional publishing will get significantly less. But it all depends on the distribution channel. The prices vary since there’s no ‘one-size fits all’ and you can have essayroo review do some research for you.

Irrespective of the amount of money often linked to traditional publishing, you have to at least consider that they get help with most of the processes involved in finalizing a book. This buttresses the point traditional publishers keep bringing up; if you’re going to write a book, never make it all about money. Sure, some people have the idea that a book is a key to living the big life. The fact is, book sales don’t guarantee you’ll be well off. For example, with a publishing house, a first-time author can expect to have a little amount of money. If you’re given an advance between $2-4k and all the procedures are taken into consideration, you’ll receive at least 20 percent of the book sales. The thing is, there is a small pool of authors who make it big with traditional publishing and unless you want to write for pleasure, or to look through the topresume reviews, showing you how it’s done, you should be prepared to begin modestly.

The decision to become an author is borne out of passion. But the question is; the passion for what exactly? Many authors who go through the ethos of traditional publishing claim that their passion for writing is borne out of a desire to promote the dying art that is writing and literature. For them, self-publishing does more harm than good to literature when such authors come up with works that are rather selfish, arrogant and error-laden.

Furthermore, self-published authors irk traditional publishers when they have all the means or have saved up a lot to print their books. For example, the market is filled with many people who have their autobiographies out there or books about their careers and other events. While that’s not bad in itself, traditional publishers feel that is a dent on literature as a whole, especially with consumers viewing any published book as a published book. Sounds strange right? This means that in between the covers of a published book, there are things that don’t count. And sometimes, it means that readers would need a service like essay mama reviews  to understand what they’ve just read.

Traditional publishers find it irritating that self-published authors do not follow the conventional approach of publishing. They believe it’s a cheap way of getting plaudits and money that should deservedly go to ‘professional’ book publishers. Again, as far as passion for writing goes, traditional publishers hate to identify or have their name mentioned in the same breath as self-published authors (well, except for argument’s sake). This is because they feel the only thing they have in common with self-published authors is printed content. Otherwise, these ‘passionless’ authors will be the death of literature and often citing the lack of research, glaring grammatical errors, and poor writing that make the industry cheap on standards.

Generally, traditional publishers hate the fact (it’s still open to debate) that self-published authors see their books as an investment that ultimately leads to vast sums rather than being rich in content to impact readers and consumers alike. This misdirected passion they claim, shows self-published authors don’t know how to connect to readers or even know who they are.

Writing is an art and publishing takes it to a level of acceptability which is a choice open to the readers. In line with this, there’s no rule (neither should there be) against anyone publishing their work of art in any way they want.

Joe McLean is a dedicated, full-time freelance writer and he has the busiest schedule you can imagine due to the popularity he enjoys online. Even so, he still manages to work at his own pace and have an amazing social life. Now he works with www.aussiessay.com and essayedge as the subject matter expert, sometimes he helps with the blog content to uk essays.