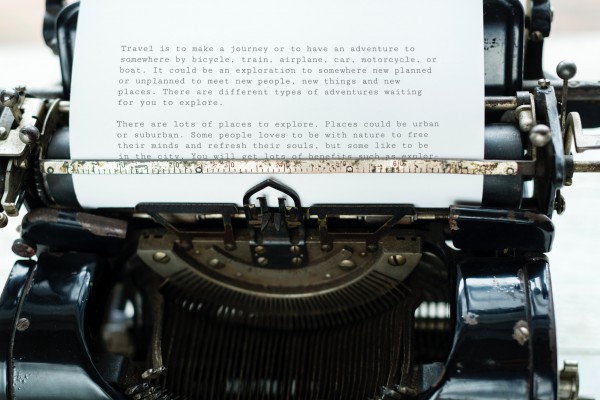 Ever since the first third-party publisher book was released, most authors didn’t have to worry about legal issues. The publisher was responsible for taking care of all copyright, and the editors would probably sniff out any legal issues before the book went into print.

With the rising popularity of self-publishing in the 21st century, a lot of modern-day authors don’t have that kind of luxury. As a self-published author, you have to figure out legal challenges ranging from copyright, taxes, libel, other expenses and even issues related to publishing your work on other platforms.

Here are the most common definitions in the law of various phrases and which ones you need to worry about.

Copyright issues and Fair Use

This is a relatively convoluted topic that needs a significant amount of time to explain and cover in detail. The gist of it is that the need to borrow other people’s words will arise every once in a while: for instance, academics, comedians and even writers. As such, copyright cannot be claimed when the work is only ‘borrowed’ below a certain amount of words.

Common limits are a hundred words from published books and fifty words from periodicals. For poems and music lyrics, permission must be granted by the copyright holder. Other copyrighted works like the Bible, while in the public domain, must often be attributed properly.

When it comes to creative works, few things come anywhere as close to copyright in terms of laws that affect our professional lives. Most people aren’t aware of it, but your work is ‘automatically’ copyrighted once it exists in some form of tangible medium.

There’s no specific need to register the work with a copyright office. By the Berne Convention of 1886, most countries around the world subscribe to this rule.

However, should a legal issue arise where someone has infringed upon your work, the burden of proof lies upon you. That’s the reason why the Federal Copyright Office exists in the United States, for example. Registering your work with them ensures they are a source of truth, and should anything happen, and you decide to take legal action, the ruling will almost certainly lie in your favor.

Additionally, within the US, at least, your work must be registered with the FOC before you file an infringement suit. Copyright on your work will either last for 25, 50 or 70 years after your death, depending on the nature of the work.

Another aspect of copyright that you might need to worry about is using other people’s copyrighted work. This includes music lyrics, parts of their books and images. The biggest catch, especially when it comes to images, is that there’s no specific legislation around whether or not you can use an image you found off of Google search, for instance.

To avoid potential trouble, it’s best to use images, both on the cover and inside, that are found on images that allow copyright-free use of their work.

With regards to excerpts from other books or music lyrics, the problem lies in determining at which point copyright infringement can be said to have occurred. Traditional publishing houses have guidelines on how much of the derived text you can use.

This is the extent to which it is assumed their lawyers can argue ‘Fair Use’ and get away with it. You might need to do a little more research on the world count beyond which Fair Use does not apply in your jurisdiction.

Another area where challenges may arise in regards to the legal issues surrounding privacy, publicity and defamation, or more specifically, libel. To the layman, what constitutes libel may be hard to pinpoint.

However, offended parties can sue you for publishing false statements about a person, or, at other times, whereas true, embarrassing private facts.

These are issues that are going to mostly affect non-fiction authors. Jessica Wood, an author, working for a custom essay writing service, Boom essays review says that this thing is always on the back of her mind. Although she has not had any such issue but once her friend landed in trouble owing to copyright infringement which happened unwittingly.

However, other domains may also be affected in certain cases. An important thing to note regarding the below laws is that they vary wildly in different jurisdictions, and are often vague enough that the layman can’t aptly assess them. If you’re unsure of anything, contact a lawyer.

The right to privacy guarantees a person safeguard against publishing of highly personal details that are otherwise not supposed to enter the public eye. These include medical, school and financial records, for instance. As a self-published fiction author, you’re very unlikely to find yourself at the end of a lawsuit regarding infringing on someone’s privacy.

Self-published independent news outlets are some of the most prone to litigation due to intrusion on privacy.

Publicity rights are closely tied to privacy rights, and are, as a matter of fact, a subset of the same. An intrusion of publicity is an invasion of privacy, but not necessarily the other way around.

To be more semantic, however, publicity prevents anyone from exploiting another person’s name and likeness without their express consent. Note that, often, even having been granted permission, you might have to prove it in court, so the written form is usually preferred.

This right protects everyone, regardless of their status. Don’t expect to write a story about Tom Cruise’s cruise in the Caribbean fighting Jack Sparrow, for instance, and get away with it.

These three laws, being so tied together, have a lot of overlap. Thus, the challenge laymen often have to try to identify what is and what’s not defamation or an invasion of privacy. In general, defamation is a false statement about a living person, though it may often extend to deceased individuals as well, depending on the jurisdiction.

The alleged person being defamed should usually be able to reasonably prove that they are the ones being portrayed in the piece of writing.

Changing their physical traits, personalities and names is a good place to start but not always enough to stop another party from suing you. Against which, the truth will almost always override the implications of most defamation charges. If you have pictures of your ex-wife cheating, for instance, the case may as well be thrown out.

Use of brand names and trademarks

As to whether you can use certain brand names and trademarks in your books, it’s not as easy to narrow down the answer to a yes or a no. Mentioning names with regard to the rest of the story is completely fine, but there is a myriad of issues surrounding it still.

Note that just like with the individual, you don’t necessarily have to explicitly mention the name of the company for it to result in a lawsuit – just enough to be identified. For instance, we all know who the ‘eaten apple, based in Caputerino’ company is.

Often, publicity rights can be extended to corporations, depending on the jurisdiction, and trademark infringement, dilution and infringement can all be taken to court.

For instance, while you can mention your character lives in Silicon Valley and works at Amazon, you can’t suddenly take the story for a spin so that Amazon is an evil corporation enslaving citizens. Or something along those lines.

Similarly, note that you can’t claim Amazon has secret slaves it keeps in its warehouses, without proof, of course. That will also constitute tarnishment and you can be sued. It’s okay to mention brands in passing, but stating things that might damage their reputation or portray them in a bad light is a no go.

Trademarks are usually quite expensive to acquire and grow. Thus, once a trademark gains value, it’s in the best interest of the company to protect it.

For instance, when the N64 was released, the media started to refer to video game consoles as ‘Nintendos’ as a whole, due to its overwhelming popularity. But Nintendo pushed back against this in order to avoid diluting the brand and making it a common household name, instead encouraging the phrase ‘game consoles.’

Modern examples of brands that are very wary of brand dilution is Google, that dislikes the phrase ‘googling’ and the Xerox Corporation and ‘xeroxing.’

Finally, trademark infringement constitutes using their logos, tagline or other trademarked phrases on the cover or title of your book.

The mistakes made in self-publishing prove to be harsh and often land you in trouble.   The writers don’t purposely infringe other’s work but unwittingly it happens. Even a single instance of infringement means you are scouring legal topics to safeguard yourself.

You have the rights that protect you but the nuisance that the legal repercussions create in life weigh far more than working with a traditional publisher in a peaceful manner. Understand the modalities in detail and act wisely.

Joe McLean is a dedicated, full-time freelance writer and he has the busiest schedule you can imagine due to the popularity he enjoys online. Even so, he still manages to work at his own pace and have an amazing social life. Joe says that he gets all the work done because he has discipline and that this is what gives him the motivation to do it all in the first place.