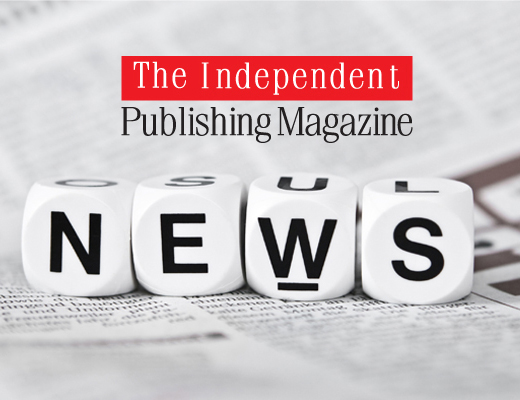 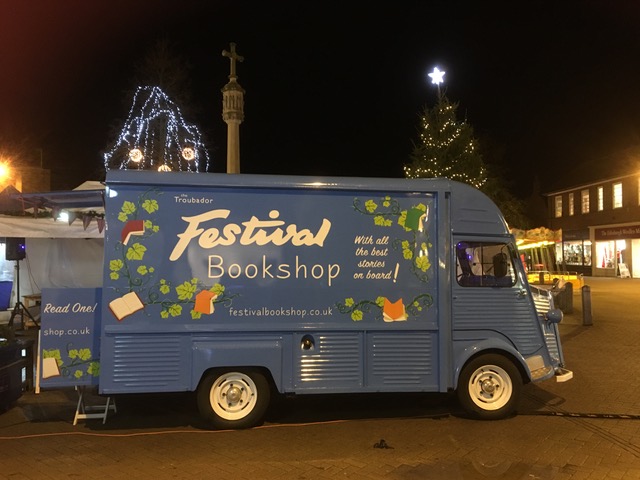 For self-publishing authors, it’s the selling of their books that often proves to be hardest. Many self-publishing companies offer simple print ‘on demand’ distribution through online retailers; a few others offer distribution through ‘bricks and mortar’ retailers. But selling books to readers in a market that is increasingly competitive and dominated by the major publishers is hard.

Now one self-publishing company has launched its own Festival Bookshop; a 1966 Citroen H-Van that has been custom-converted into a mobile bookshop, and which visits fetes, fairs and festivals to sell books direct to readers. Troubador Publishing, which runs the Matador self-publishing imprint and The Book Guild Ltd partnership publishing imprint, has had the bookshop under construction for a year, and has soft-launched it at several events in 2018.

As well as offering UK bookshop distribution to its self-publishing and partnership publishing authors, using Star Book Sales and Orca Distribution to get books onto shelves, Troubador now has its own bookshop to sell direct to readers. Managing Director Jeremy Thompson says:

While over two-thirds of our authors’ book sales go through traditional bookshop outlets, book retailers are increasingly cautious with new authors. We wanted to find a way of also being able to sell our books direct to readers, and a mobile bookshop seemed like a novel way of doing that. The Festival Bookshop is a considerable investment for the company, but it signals our commitment to selling our authors’ books as well as publishing them. 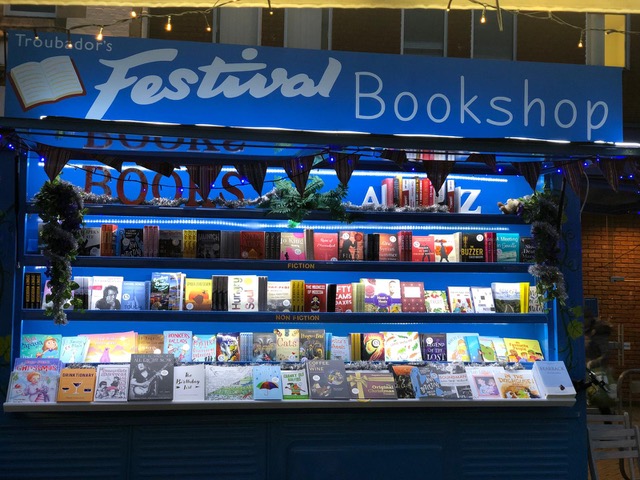 The Festival Bookshop was sourced in France from a farm, where it had been used previously as a flat-bed truck on a donkey sanctuary. It was brought to the UK and rebuilt from the ground up, with custom-built coachwork forming the bookshop sales area at the back. The original 1966 Citroen H-Van has been completely overhauled, but still features the original cab, three-speed engine and top speed of 40 miles an hour. The Bookshop section at the rear includes LED lighting, upright and drop-down shelving and a prominently lit signboard.

We have had three outings with the Festival Bookshop since we took delivery in September, and the reception has been fantastic. Not only are people fascinated by the van itself, but they also love the fact it is now a bookshop… and many go on to buy books as well!

The bookshop only sells titles published by Matador authors, The Book Guild Ltd and Troubador Publishing, but with a combined 750 new titles published in 2018, there is a selection of new books to suit every event.

From April through to September next year, ‘Le Bleu’, as it has been Christened by staff, will be out and about at events across the East Midlands, from major events like the Leicester County Show to local events like the Foxton Locks Festival. The aim is that the bookshop will be out most weekends at events selling books direct to readers.

The Festival Bookshop is also available for authors to hire for their own book launch, forming an unusual focal point for any event. Further details are available at the website www.festivalbookshop.co.uk