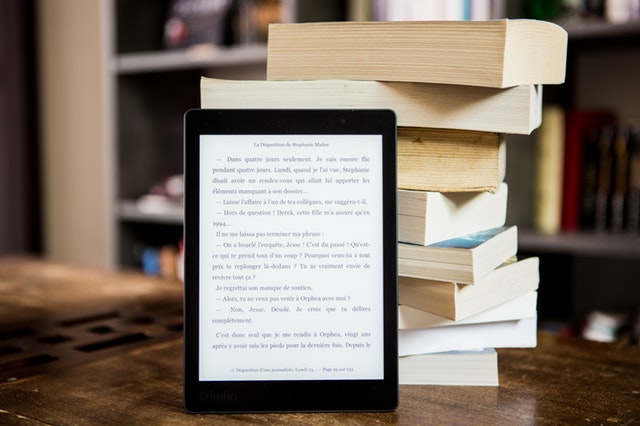 Literature is diverse. It evolves because people are always looking for new ways to express themselves. New styles appear, being influenced by existing genres, and serving as an inspiration for future generations of writers. Our society also doesn’t stand still. New cultural and philosophical concepts have a direct impact on literature. Some genres quickly become mainstream, spreading across the world, while others gain a small, specific audience, without being aimed towards the broadest public. Anyway, the 21st century is a perfect time to create your own genre, and the vast majority of writers understand it, taking advantage of the constantly developing market.

The following genres became quite popular over the past years. Many of them emerged some time ago and now attract more attention due to their relevance. Some of them evolved from older genres, such as postmodernism, others are just results of somebody’s creativity.

However, almost none of them have become mainstream, even though you’ll likely recognize many of them.

Mythopoeia translates from the Greek as “myth-making”. This fictional genre presents a new mythology created by a particular author. J.R.R. Tolkien used this term to describe one of his poems, explaining his writing approach that was based on creative myth-making. Many people like the spirit of mythology, at the same time, looking for an easy way to consume it. Mythopoeia became a modern version of mythology that maintains the balance between a tradition and the demands of modern readers, both mature and young. The most popular examples of mythopoeia are George R.R. Martin’s A Song of Fire and Ice (which popularity increased dramatically after the release of the Game of Thrones TV series), Rick Riordan’s Percy Jackson, and Suzanne Collins’ The Hunger Games.

Bitpunk is the 8-bit version of cyberpunk and post-cyberpunk. The aesthetics of this genre takes its roots in such musical genres as chiptune and chipcore. The nostalgia for classic video games and technologies of the past three decades isn’t going to get weaker. Quite the contrary, it explores new vistas of creativity and perpetuates itself in literature.

First of all, bitpunk novelists were inspired by J.B. Ghurman, Jr.’s movie Spork that sets the stylistic and ideological bases of bitpunk the movement. The movie delivers a relevant sociopolitical message, telling a story of an intersexed person who identifies herself as a woman. Even though it isn’t focused on issues of sexuality, this approach establishes the “punkish” nature of the genre, challenging the outdated stereotypes and traditionalist sensibility. The influence of this movie will surely become even stronger in the near future, and elements of bitpunk are now present in many contemporary books, such as Lauren K. McKellar’s Finding Home.

Given the importance of the global warming issue, there’s no surprise modern authors created a new trend in literature — climate fiction. These books depict consequences of climate change. This term was first used by blogger Danny Bloom describing his e-book Polar City Red. The book itself didn’t attract much attention but the term quickly became popular among writers inspired by climate change. Ian McEwan’s Atonement and books of Michael Crichton became classics of the new genre. Nathaniel Rich, the author of Odds Against Tomorrow, thinks that this genre will continue to evolve in the near future, because climate change affects our lives on many levels, from the private lives of people who need to adapt to new circumstances, to geopolitical movements. We keep transforming our planet, and today’s climate fiction can quickly become tomorrow’s reality.

The world of literature always lived somewhere between dreams and reality. Lucid fiction makes dreams its main source, describing surrealistic images of the unconscious and asking readers to solve a puzzle, determining what is real and what is not. Tantra Bensko contrasts lucid fiction with mass media, which is also a fictional world of manipulative attempts to blur the ugly truth. Bensko draws analogies with progressive concepts of New Age literature and motivates readers to seek the truth within themselves. Lucid fiction writers present their ideas and images from their dreams as a reality of a particular book. This genre is, in general, a new approach to postmodernism in a world where we believe in aliens.

There are millions of readers who love weird fiction. As a response to the growing demand for all kinds of weird, a group of American publishers created a new genre, which was called bizarro. This genre is a literature version of cult movies. Everything is possible in bizarro novels. Imagine Japanese cartoons about robots directed by David Lynch, or adult interpretations of fairy tales — this is what bizarro is all about. A great example of this genre is Jeff Burk’s Shatnerquake. If you’ve ever seen good ol’ Star Trek, you might know Captain James Kirk. In this book, William Shatner, the actor who plays this role, decides to enter our reality and kill the real William Shatner. To discover the world of bizarro fantasies, I would also suggest reading Jeremy Robert Johnson’s Angel Dust Apocalypse, James Steele’s Felix and the Sacred Thor, and The Cannabis of Candyland written by Carlton Mellick III.

At first sight, Twitter’s 280-character format doesn’t seem like a good solution for writers. However, nothing can stop true masters of words. Twitter is no longer just a microblog for bored celebrity fans. In an era when the U.S. President uses it to declare trade wars, Twitter becomes a perfect place where new literary genres emerge. Brandon J. Mendelson’s The Falcon Can Hear the Falconer became a micro-sensation in the world of microblogging, proving that Twitter can be used not only for short poetry, such as the haiku.

If you think your ideas are too experimental, it shouldn’t stop you from writing and publishing. New literary genres prove that sometimes it’s good to break rules, and now is the perfect time to do it. Who knows, maybe your genre will become a new trend?

Ester Brierley is a QA Engineer in software outsourcing company and a competent virtual assistant for College Writers. As a seasoned content creator, she adores researching cutting-edge digital and lifestyle trends to share them in her writing pieces. Follow her on Twitter.