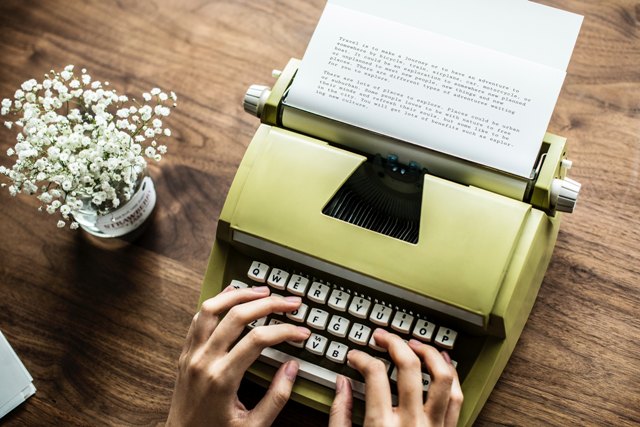 Many of us at a point in our writing career wonder what the journey to the top must have been like for the writers we so much admire. You have read several works of your writing mentor/role model and your writing seems to be at par with theirs. Despite this, your editor has rejected your draft a number of times with harsh criticism although, you have received accolades a few times as well. You are sometimes thrown into confusion when readers publicly criticize your articles amidst few encouraging comments.

As a beginner writer, this unpleasant situation starts to make numerous questions pop up in your mind. And you begin to ask yourself; did top writers rise to the top through an entirely different setting? Did they also experience the same criticism I am facing? How can I become an expert writer amid this criticism? If any of these questions has been bugging your mind, your search for answers and solution is over.

The answers and winning tips you need are all embedded in this article. The truth is; criticism is an unavoidable part of your journey to success as a writer and all top-rated writers have at some points in their careers been criticized just the way you are being criticized right now. The successful writers you see today were only able to discover the values in criticism and they handled it with grace. The fact that your editor has highlighted about 50% of your draft for correction doesn’t mean you are a dumb writer and, at the same time, it doesn’t mean the editor is completely right about the criticism he meted out to you.

As a beginner writer, one of the vital traits you must possess is the ability to learn from your mistakes. This will help you to truly grow in your writing career. If you continually improve on your mistakes as you develop your writing skills, the “beginner” in your title will soon be replaced with “expert”. As you already know, you can’t keep doing the same thing, the same way and expect a different/improved result! So, it is imperative for you to discover the treasure hidden in criticism early in your career, in order to facilitate your ride to success. And of course, don’t expect it to be a perfectly smooth ride. Now, who will point out your mistakes, if not your readers and editor who offer you regular criticism?

I believe you are now beginning to realize the power of criticism and the need for you to utilize criticism as a stepping stone to success in your writing career. This is one of the secrets which certified writers and researchers at EssayOnTime have realized so early and which also accounts for their tremendous success.  But you have no control over the magnitude of criticism you receive. You could just get mild criticism from a reader, while sometimes you could be unlucky to get very harsh criticism from your readers. I guess you know how this can make you feel. Therefore, your ability to mine the best out of any form of criticism solely lies in the prowess you possess in handling criticism. Before we equip you with the tips you need for effectively handling criticism as a beginner writer, let’s briefly take a look at the advantages of criticism.

Tips on Handling Criticism as a Beginner Writer

1. Do not take the criticism personally: This is the first thing you must learn to do if you want to be good at handling criticism. Some critics will simply point out the lapses in your work while some will attack your skills and personality. The earlier you start building a thick skin against this kind of criticism, the farther you will be able to go in your writing career. It may be difficult for you as a writer not to take harsh feedback of your work personally, simply because your work is a product of your personal creation. But when you realize the importance of building this resistance early, it will help you handle criticism professionally.

2. Involve a third party: Do not bear the burden of criticism alone, it could weigh you down. Whenever you receive harsh criticism of your article, share your work and the criticism with a neutral person. This person could be another writer or your friend. Let them read your article and reproduce that harsh feedback for you in a more polite and friendly way. By doing this, you will learn the required improvement you need without hurting your feelings. This technique has successfully helped a lot of renowned writers to stand tall amid criticism.

3. Don’t challenge the critic: The first sign that shows you are truly ready to upgrade your writing skills is to never challenge the criticism you receive on your work. Do not put up a protest, even if you think the critic is wrong. One thing you need to realize is; for every criticism you encounter as a writer, you will learn something new. This method is important especially when you are dealing with constructive criticism from your editor or publisher from whom you can always learn from their wealth of experience. If you accept the criticism peacefully, your critic will have the chance to make input to your work.

4. Pay attention to every detail of the criticism: Many beginner writers quickly react to criticism without paying close attention to the lapses being pointed out in their work. When you take time to carefully look at the criticism, you will be able to improve the quality of your article. Sometimes your critic’s opinion could be wrong, but merely paying attention to it will give you a clue on how your writing makes readers feel. This is very essential in dealing with sensitivity readers.

5. Thank your reviewers/readers for their time: It is normal to feel reluctant to thank a critic for ripping your work to shreds or being unnecessarily harsh, but readers who exhibit constructive criticism deserve your appreciation. A simple “thank you for your time” means a lot to your critic and it will definitely win you more fans who would love your work. Most importantly, you will improve your writing skills.

6. Don’t make excuses for any criticism: I believe you are aware of the popular saying “a bad workman always blames his tools”. Whenever you are faced with constructive criticism, and all you could do is to come up with various excuses, it is an indication that you are not willing to grow as a writer. Rather, you should get the message being communicated by the critic and work on it. There is always space for improvement.

7. Understand the motive behind the criticism: This step is very important in handling harsh criticism, especially when it is unfair. Sometimes your critic’s opinion may be obviously wrong, but he just wants his opinion to be included in your work. Of course, you can’t include everyone’s opinion in your article. But having the ability to “read between the lines” and understand the motive behind the criticism is key to avoiding unnecessary bad feeling. When you are able to understand your critic’s motive precisely, your growth as a writer is certain.

Some beginner writers may erroneously see criticism as an unfortunate experience in writing. But now you know that on the contrary, criticism is a blessing and in fact and is a stepping stone for you to achieve success in your writing career. The benefits of criticism include; opportunity to get feedback, revelation of your strength and weakness and improvement of writing skills. As a writer, the earlier you prepare yourself for criticism, the less challenging your writing experience will be. Therefore, being brave and positive about criticism are vital traits you can’t afford to lack as you climb the ladder to the top in your writing career.

Serena Dorf is an enthusiastic content writer in Los Angeles. She is thirsty for knowledge and is always on the lookout for amazing writing tips to share with her readers.  In her free time, she is reading classic American literature and learning Swedish. Feel free to connect with her on Twitter.