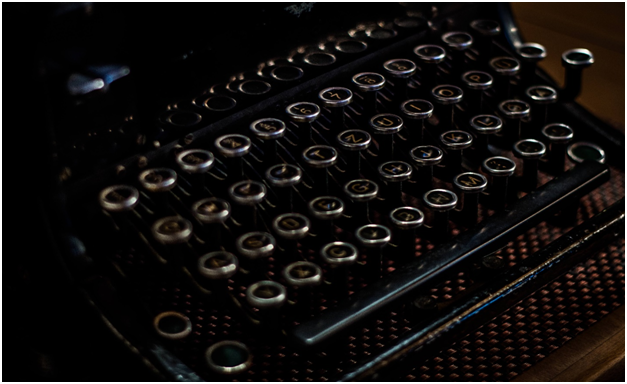 Every writer understands the attraction of self-publishing. It’s incredibly frustrating to invest a swath of time in a story for it then to be rejected by a dozen magazines and other publishing houses. Even worse, not much later you see stuff published by authors with a recognized name and their content is worse than yours!

That’s a horrible cycle – particularly if you really feel writing is your calling and yet you can’t break in because those publishers and agents are firmly keeping the doors closed. And yes, of course, you want an out. Self-publishing seems to be the answer. If those stuffy editors and starry-eyed publishing houses don’t care to see what you’re capable of, then why not go straight to the masses?

And for individual authors, it’s often an exciting alternative. Is it the same for book publishing in general? It might not be quite as attractive. Because let’s face the reality: for a number of reasons, self-publishing has not always done the book writing world a great deal of good.

The first problem of quality – what should see the light of day?

A lot of people should never be published. It’s a harsh thing to say, but there are people who simply don’t know how to convey an idea, an image or an emotion.

Perhaps they’re very bad at relating to other people and don’t understand anybody’s perspective but their own. Possibly they are fascinated by something that holds nobody else’s interest. Chances are the problem lies in the way they put their sentences together or the way simple grammar escapes them. Or maybe they are the only people who believe in their greatness.

Before the age of self-publishing, editors and publishing houses served as a filter that kept that kind of material off the airwaves and out of the bookstores. The junk was simply not printed. And sure, sometimes things got labeled as junk that wasn’t, while the reverse also happened. But by and large, it worked. The system made sure that most books were reasonable.

Self-publishing has given those writers who really shouldn’t be printed an outlet to do so. And so, that bottom half (or perhaps it’s more) of content that should stay in the bottom of desk drawers is instead available for public consumption.

The second problem of quality – our little children

The second problem with quality is that writers are terrible at recognizing whether their own writing is any good. There are plenty of writers who should be published but don’t believe in their own words enough to approach publishers. In a similar way, there are a lot of writers whose writing isn’t up to scratch, who believe nothing better has been written under the sun.

Who can disentangle those things? Well, other readers of course. They don’t have all that extra baggage. Even better, an editor who has been trained in how to read has a better chance of objectively evaluating a text and giving a writer the encouragement they need to keep going or the tough love they require to raise their game.

The problem with most self-publishing, of course, is that there is no editor. People don’t want to spend money contracting an editor or even hiring an editing service, even though essay editing service reviews show can be very affordable. Instead, they just publish. This both deprives the current work of the clarity it needs. What’s more, it even deprives future works because the writer doesn’t get their mistakes pointed out to them.

A problem of their own making?

At the same time, if we’re really honest about it, we can’t always lay the blame at the foot of self-publishing. When there are so many writers banging on the doors of the publishing houses without ever getting heard or getting published, then of course, they’re going to look for an alternative.

What’s more, there have been several authors who have thrown up their hands in despair at breaking into the market in more traditional ways, gone off to self-publish, and become hugely successful.

That suggests the publishing industry doesn’t fully understand what audiences actually want. Perhaps that’s down to the nature of books. It isn’t easy to know what will sink or swim. Even worse, it is a time-consuming enterprise to find out which books will do good and which won’t.

Nonetheless, that doesn’t change the fact that it’s incredibly difficult for unpublished authors to get heard, get career-expanding feedback and get their chance. If a better system was in place that gave authors an idea of where they stood, they might well be willing to try harder using more traditional routes with all the advantages thereof.

But that isn’t at all the case. Instead, upon sending out a manuscript authors get a little note which has generally been copied and pasted and doesn’t really give them any more insight beyond the fact they’ve been rejected.

This complete lack of clarity makes writers, who might actually have it, throw up their hands in despair and don’t keep trying. It makes people who have tried again and again unsure of whether they’re actually improving, and fantastic authors burn phenomenal manuscripts because they didn’t find a publishing house who cared enough to give them slightly more personalized feedback.

When you don’t tell people what’s going on

In many ways, it’s the same as what happens in politics. Who can trust what they can’t understand? And how can we understand organizations which often operate secretively and behave in such an insular manner? And so, people vote for those who promise to drain the swamp and clean up Washington.

Publishing is similar. If people truly believed they had an opportunity to publish there, then they probably wouldn’t resort to self-publishing. After all, the success numbers can be pretty dreadful.

And if more of the actually talented writers would stay away from self-publishing, then the market would probably implode. Already most readers are wary of the market, due to the high amount of nonsense and poor copy. It only gets more pronounced when talented writers don’t find a home elsewhere.

But for that to happen, publishing needs to take responsibility and reinvent itself. And I don’t see that happening anywhere soon. Do you?