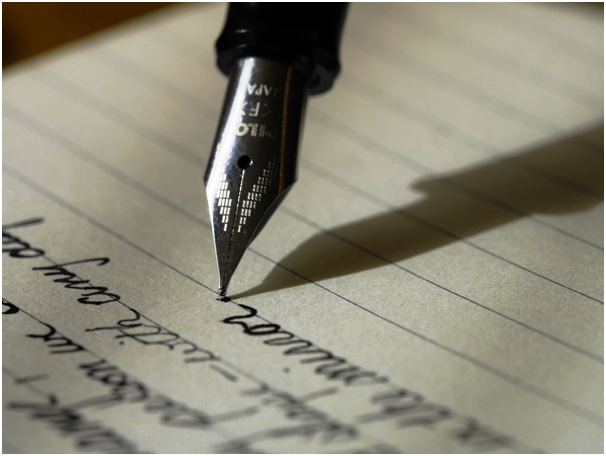 Today, more novels are being published and read than ever before. Around 407,000 novels were published in the US in 2007 alone. One of the ways to make yours stand out is knowing how to create realistic characters. So how do you do this? The following eight tips will help you

Most times, we get bored when reading a book, not because it has a bad description or the plot is confusing, but simply because there’s no connection between us and the characters. For example, look at the story of Achilles, the Greek legend. He could not be harmed physically because his mother had dipped him in River Styx when he was an infant. This gave him a great advantage when it came to combat. His heel, the part where his mother held him as he was dipped in the river, was the weak point that ultimately led to his death.

The story would not have been interesting if Achilles could have remained undefeated, but his flaw made him human. Achilles’ heel reveals that it is possible for a strong character to encounter danger just like everyone else. Moreover, it also shows that great characters have histories, even if they are talked about briefly. These historical accounts can wield influence at critical moments in your story, thus deciding the outcome of a key plot point.

2. Give Your Characters Unique Motivations and Goals

Have you ever read a book and ended up telling yourself ‘I can’t believe character Z did that!’ Most times, what a story requires is an unexpected event. If a character’s actions feel too frustrating, then think keenly about cause and effect ideas. Our requirements shape our behavior. Conflict is crucial to a good pace and the reader’s interest. Therefore, having characters that have similar or contradictory desires brings about a strong impression of an imaginary living world. Whenever you plan character objectives, think about the following: Why does my character possess this objective? Why does he/she need to achieve it?

Whether your character achieves his/her objectives or not depends on the nature of your story.

Picture this. You have your characters’ goals, and motivation clearly spelled out in your head. They already have realistic flaws. Yet in some way, you’re finding it difficult to create a character. Providing the reader with an immersive character description is essential.

When outlining any component of your character, think about how the other components might be utilized to reinforce your character type. For instance, if your character is fearful and nervous, what kind of language is he inclined to use? How will their body language mirror their temperament? Establishing connections between these individual elements of a character makes him/her more real since it illustrates that the character has a complex combination of feeling, thought and action.

One thing that can put off readers is obvious cliché. Description of character is a feature of fiction writing that’s prone to cliché, for instance, wringing of hands to portray distress – when describing your character’s appearance, you can talk about the posture, face, eyes, and hands.

Body language can tell a lot about your character. It can reveal a lot of information about the character’s emotional or psychological condition. Moreover, it provides the means to communicate mood and atmosphere quickly. For example, a character moving from foot to foot while the arms are crossed might portray feelings of being low on confidence.

Thinking of voice might be strange in a written media, but that would be a big mistake. When sketching your character, think about how his or her voice can bolster the reader’s impression of strengths and weaknesses. A character who is often quiet might display unexpected courage and fierceness. Alternatively, a character who is loud might become silent suddenly in a serious incident, even if you don’t directly describe whether something’s happened – reader’s mind would rush to think about possible reasons, why character’s voice has changed.

Character psychology is strongly associated with its goals, motivations, and flaws. Other than external obstacles to your character achieving his/her goals, there should be internal ones that provide readers with insights into the character’s psychology.

If your character has to defeat a powerful opponent, then portraying a fearful mental state assists in increasing the suspense, and will leave the readers second-guessing as to whether the character will prevail or not. Just like goals and motivation, psychology can give explanations as to why characters make certain choices.

You should strive to show character development, even if you’re writing a short novel. Characters ought to uncover new things about themselves, other characters and their world within the story. However, there are exceptions. A character’s changing status can be used to express a sense of tragedy and inevitable fate (if this is the effect that you want to achieve). Therefore, it is important to ensure that there are other avenues where the story can develop from and eventually create forward momentum.

Moreover, one of the characterization errors that beginner writers make sometimes is to concentrate on plot development without considering other things. Character development can be written into your story in several ways, for instance, varying your descriptive language to match your character’s age.

All in all, coming up with characters that drive your story, readers can relate to and also keep the readers glued to the story is not an easy task. However, with the tips mentioned above, you can begin asking yourself the correct questions about your characters. Eventually, you will come up with vibrant characters for your story and create a novel that sells!

Do you know any working character-writing tips that we left out? Feel free to share them in the comments!

Lucas M. Cappel is a part-time tutor and a freelance writer with a wide range of interests, spanning from education to the nature of the human mind.