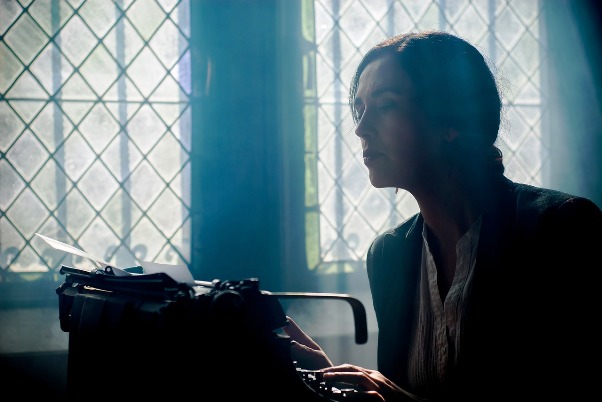 Every single writer has moments where they don’t feel like much of a writer at all. It isn’t always easy to sit down in front of your manuscript and let loose into a creative frenzy. Sometimes, you need to step away for a little while in order to come back with a fresh perspective. Try watching one of these movies. Most of them are available on popular video streaming sites, and you can use a VPN to access them if they’re restricted in your region.

If you haven’t already seen the cult writer’s comedy Finding Forrester, you’re really missing out. A young writing prodigy meets with a successful, reclusive writer. If you’ve ever heard someone say “You’re the man now, Dog”, it was probably in reference to the iconic line from this film. The quote took on a life of its own, and cemented a permanent place in the backbone of internet humor. Finding Forrester is great for comic relief, and it’s sure to pick you up when you feel down about writing.

Barfly is a look into the mind of a writer, written by a writer. If you’re into beat literature, you’ll understand exactly where Barfly is going when you learn that the protagonist is Henry Chinaski. That’s right – Charles Bukowski penned this film, and it’s semi-autobiographical. It’s about a down and out author seeking a publishing deal, and while it gets grim at times, it moves in the same bittersweet direction that Bukowski has mastered so well.  There’s always a silver lining.

This is a Wes Anderson film, and you can expect it to be thoroughly peppered with dry, absurdist humor. The film is about a group of siblings who were overwhelmingly successful in their earlier years, but have aged into adulthood. The Royal Tenebaums isn’t exclusively about writers, but one of the siblings, played by Gwyneth Paltrow, is a playwright. The entire movie is dreamed up like a visual novel, and writers are likely to absorb inspiration from its literary structure.

The 2013 American film Kill Your Darlings is largely about the writers of the Beat Generation. It’s a biographical drama that follows the friendship of Allen Ginsberg, William S. Burroughs, Lucien Carr, and Jack Kerouac. Sometimes, the best motivation in the world is watching what daily life and social interactions were like for the writers who founded an important genre in literary history. They were regular people with complex lives and deep emotions, just like you.

Adult World is about a student who has recently graduated, and believes she will go on to see success as a poet. Of course, much like in the real world, things aren’t as clear cut as that. She winds up meeting one of her favorite poets, and attempts to create a mutually beneficial relationship that might lead her to success. In some ways, many poets will find this story to be relatable – especially those that are looking for their big break and feel like things are insurmountably difficult.

In Young Adult, Charlize Theron portrays an author who writes teen fiction. In the film, you get to observe the methods she uses to get inside the mind of her audience, and understand what it is that will appeal to them. Young Adult is just as much of a great movie as it is a helpful study tool for writers who have trouble figuring out how to capture specific characters.

Misery seems like the last film in the world that could ever be considered motivating, but you may be surprised. Based on the Stephen King novel of the same name, Misery is the story of a writer who is held captive by a crazed fan. This entire film is a metaphor for simultaneously handling writer’s block, and the pressure to create something great. What writer hasn’t felt that way before?

Books and films go hand in hand. When you need the stamina to write a little more, sometimes the best thing you can do is curl up with a glass of wine and dive into an excellent movie about writers. Live vicariously through someone else, and fill yourself with motivation.

Amelia Dermott is a passionate writer and self-proclaimed Internet addict. Having experience in business and IT administration, she likes to write about technology and self-development topics.