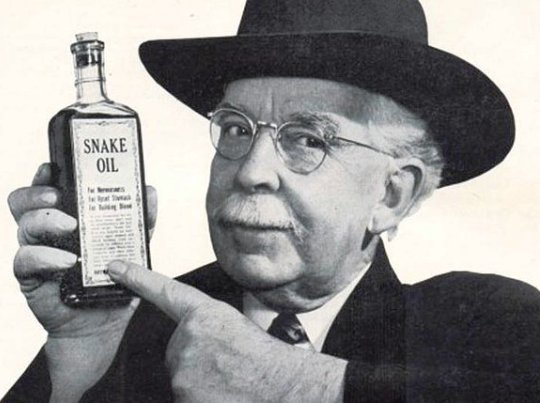 Is it because we’re dying to see our words bound by a cover with our name on it? Or are we just too eager to share our stories? Whatever it is, most indie authors are on the fast track to getting their book published and up on Amazon.com. Don’t make this mistake.

Rushing is a telltale sign of poor, incomplete editing. If you want your book to be read by more than your best friend, take a professional approach to editing. Once you feel your manuscript has been thoroughly self-edited, have a handful of trusted people (not your mother) read it to give you honest feedback. Let the feedback filter in and see what lines up. If more than one reader points out a similar issue, they’re right. Go back and revise your work as objectively as possible. Then, if you are serious about people taking your book seriously, hire a professional and well-chosen editor.

The second reason why you shouldn’t rush to publish your book is simple: Nobody is waiting for it! You have no deadline, nor are tons of readers awaiting your debut. The pressure you feel is self-imposed and might be connected to my next point.

It’s easy, especially as an optimistic American, to let your personal dream of writing a book morph into an iconic pursuit of the “American Dream” — to become rich overnight because your novel miraculously became a bestseller. Though there have been a few cases of outrageously successful indie authors, my guess is that you’ll probably make more money playing the lottery. Don’t get me wrong, you will need to have a powerful sense of optimism and resilience just to bring your book to completion. I’m not saying don’t be optimistic.

My advice is don’t be delusional. Unless you already have a following of hundreds of thousands, don’t expect a lot of people to buy your book. In fact, don’t expect many people to even know your book exists. The publishing business is already a beast — even if you have an agent and a traditional publishing contract — so don’t expect that going the independent route is going to be any easier. Spoiler alert: It’s not.

Write for the Right Reasons

One of the biggest advantages of choosing self-publishing is that you don’t have to write to market trends. You don’t have to sell your idea to an agent or publisher who cares only about the money you can put in their pockets. You have complete creative license. This is a writer’s dream: to follow their passions and interests; to write the story that’s burning inside them; to use as many semi-colons as they want (though it’s not recommended). So why do so many indie writers waste this opportunity? I’ve seen too many self-publishing blogs and articles that talk about trends in their genre. Go for the unreliable narrator thing… or the grumpy-old-man-turns- heart-warming story! It makes me a bit disgusted because it’s all about profit.

If your primary writing-publishing goal is to make money, then I suggest you quit and find a more stable and lucrative gig at Starbucks. This is not to say that good indie writers should not be compensated or expect revenue from their book sales. They should. It just shouldn’t be the main reason they’re doing it. If nothing else, self-publishing has created a huge opening for honest, original voices to be heard. Embrace this and write the book that you want to write.

Have a Plan, any Plan

Even if it’s an unambitious one, have a plan for your self-published book. I admit to having a horrible plan back in 2013. I had just self-published my second book, a Sedaris-like travel memoir called Americano Abroad. My plan was to write an article about it, do an online interview, submit it to one contest, post the Amazon link to Facebook and my blog, and that was about it. I didn’t want to spend a cent or more than a few hours promoting it. As you could easily guess, Americano Abroad was dead in the water. I never promoted it and, still, nobody knows it exists. Expect to hear crickets when you don’t make an effort to advertise your product.

Many articles on this topic say to build your platform early. It’s true. It may sound too business-like for a writer, but everyone needs a base audience. Write regularly for a magazine or blog, scribe funny tweets — do something so that more than two dozen people know you write and have a voice they like. Also, before publication, make sure to submit your book to be reviewed by legitimate outlets. You can pay for a Kirkus Review, or get lucky and Library Journal might review it for free. You will need reviews to self-promote and you should do so months before your book is available. Self-promotion can sound cheesy — and it can be cheesy — so you have to stay true to yourself and share your book in an authentic way. Nobody likes used car salesmen.

Beware of the Snake Oil

I received an email the other day from America Star Books. The day before I got my weekly message from the Online Book Club. Star Books offered to promote my unknown book for “FREE!” at book festivals around the nation for the small favor of subscribing to their mailing list? A quick Google search reveals that Star Books was formerly PublishAmerica, a company that was successfully sued for fraud. Online Book Club, not an out-right scam, reviews books for a small fee and then charges more to promote your book through a social media blitz that’s sure to annoy even their phantom followers.

I don’t need to tell you that scams engulf the Internet. The disappointing thing is that there’s an entire industry set up to exploit new indie authors. And there’s opportunism at the highest levels. Take Kirkus Reviews — a well-respected review service. They are asking $425 to review self-published authors. They guarantee nothing more than an honest review, but I’m guessing they soften it up on the indies to keep the extra revenue rolling in. Publisher’s Weekly, Foreword, RT — all offer indie authors ways to pay for reviews and exposure, and these are the legitimate players! There are many websites where you can buy online book promotions, book tours, and other marketing packages that cost thousands of dollars. But is there any guarantee that this paid advertising works — or is even happening? And what about the majority of struggling writers who don’t have a dime to spare? Ultimately, you will need to spend some money when self-publishing (on an editor, cover design, etc.) but remember to set a reasonable budget and don’t fall victim to snake oil salesmen.

Dominic Carrillo is a teacher and freelance writer from San Diego, California. Dominic has taught a variety of levels between 4th and 12th grade. He also worked as a professor of history at Grossmont College and other area colleges. He began creative writing during graduate school at UCLA, where he was a contributor to the UCLA Daily Bruin. His stories have been published in the SD CityBeat, WritersAbroad.com, Somos Escritos, LIFE.Bg magazine, the San Diego Reader and many more. TO BE FRANK DIEGO was his debut novel (2012). It follows protagonist Frank Diego on a daylong journey through San Diego’s spotty public transit system, while hitting on issues of cultural identity and failed relationships. He finished his blog-to-book impractical travel memoir, AMERICANO ABROAD, in 2013. THE IMPROBABLE RISE OF PACO JONES is his latest title, and is his debut YA novel about adolescence, racial identity, and love. All titles are available at select local bookstores, on Amazon.com and other online stores. Dominic is currently teaching in Eastern Europe and is working on his next novel.