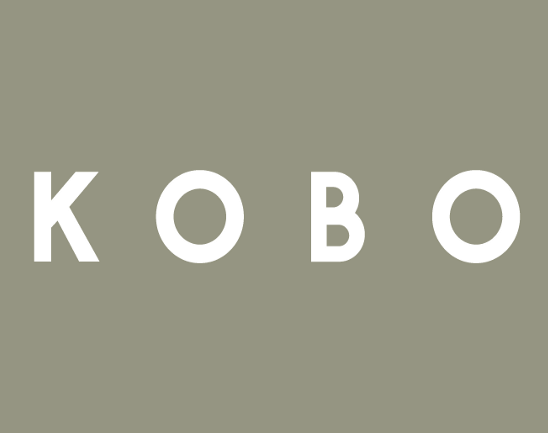 AC de Fombelle begins 2017 with a continuation of her popular series of posts: What to expect when you’re publishing on… For this post, she is joined by Kobo’s Mark Lebfevre.

While I will again insist on the importance of going as wide as possible when publishing your book, let’s take a new dive into a chosen store, among our partners, with Kobo. In this “what to expect when you are publishing” series, my goal is to give publishers a vision of what they get into when choosing a retailer or not. If you ask me, there is not many reasons to choose not to go somewhere but it doesn’t mean you should go there with your eyes closed.

I’ve asked Mark Lebfevre, Director Self-Publishing & Author Relations at Kobo Inc., to answer a few questions to feed this post. I truly thank him for his availability. I had the chance to already exchange with Mark on the Facebook group “The international indie author” this group is run by an indie author who has welcomed many professionals among its members. As a first point about Kobo, I’d like to say both Mark’s interventions and cooperativity on the group and his prompt answer to my email should be noted when trying to figure out what Kobo is about. It reveals, in my opinion, Kobo’s human touch and will to have direct relations with partners, at least as far as Mark is concerned.

Although Apps may be more and more favored against hardwares, The fact that Kobo has a dedicated eReader is a strong point to choose to distribute there. As a matter of fact it means anyone receiving a Kobo eReader as a present — or taking a fancy to it and buying it for oneself — would be more inclined to go find books inside Kobo’s catalog. Hence the need to be part of this catalog.

However, even though Wikipedia credited 20% of the eReader shipments in Q4 2012 to Kobo (I can’t put my hands on more recent worldwide data), it should be noted that the number of eReaders sold each year (all brands included) is going down pretty drastically. According to Statista’s forecast, they would be down to 7.1 millions in 2016 while they were up to 23.2 millions in 2012.

Fortunately, Kobo also has dedicated reading apps and an efficient website which means access won’t be an issue for potential readers.

You know it by now, we are strong believers of “wider is wiser” when it comes to choosing where to publish.

Wider is Wiser.
The Book Publishing Landscape Is Big, Diverse and Global.medium.com

Kobo, in that sense is a very strong choice:

1 — Their catalog is truly available worldwide. While asked about the countries where Kobo’s catalog may not be available Mark Lebfevre, who was nice enough to answer a couple questions for this post, told me that actually there was no country where the Kobo catalog wasn’t available. Actually here is what he said:

“After a quick check, there seem to only be 5 countries where we’ve never had a sale — YET: Curacao, Western Sahara, British Island Ocean Territory, Nauru, Tuvalu.”

Before he told me so, I went to have a look for myself and was indeed impressed by the number of localized Kobo websites ( You can see here 36 different flags). That’s about 10 different languages and — I’m guessing — targeted catalogs depending on the country. Many readers in many countries can feel at ease on Kobo, your book being there is therefore not a bad idea.

2 — Their local and international partners can get your book to an audience you may otherwise miss. Getting your book on Kobo means getting it in all those places:

Even though a lot of these stores are also partnering directly with us, there are some you’ll reach only via Kobo for now. Most importantly, it shows Kobo’s will to widen their publishers’ reach and get them to as much readers as possible rather than focusing only on their retailing platform. They, for instance, announced in November a new partnership with Blooks, a brazilian eBook store, to complement their catalog with the eBooks not yet available on the Brazilian market as The Digital Reporter reports here.

Mark Lefebvre adds on this:

“even in the US, Kobo reaches a different audience. Our partnership with the American Booksellers Association allows publishers and authors to reach readers who are not already in the Amazon ecosystem, but are loyal independent bookstore customers.”

3- One shouldn’t dismiss the fact that they are part of Rakuten either. The Japanese company isn’t only a huge e-commerce player but is an Asian Internet company, which means that it’s a pretty good door to get into this otherwise mysterious and impenetrable market (that is a bit of the impression for us occidentals).

How to get there?

If you want to go directly to Kobo, you’ll find they don’t discriminate between publishing companies and self publishing authors but rather offer different solutions depending on the needs and technical ability of the publishers.

They thus have a platform called Writing Life and also propose to contact them directly for publishers’ operations. I’ll let you dig into each link to discover the details of each option.

“ The tool-set available to authors is the same regardless of country. However, the beta testing we have been doing using built-in promotional tools are currently being used primarily for English language title merchandising and promotions. We’re working, as part of our beta testing, on ways to expand this globally to assist with the curation of more KWL titles in other languages and regions.”

However, you can also of course distribute to Kobo via StreetLib and other online aggregators, which allows you to deal with only one platform and publishing process to reach multiple online stores. Our partner’s list is expending in every continent and we are very happy to work with companies like Kobo to help our authors and publishers in their book ventures.

Oh and one last thing you should know before getting into Kobo. Kobo is an anagram of Book.