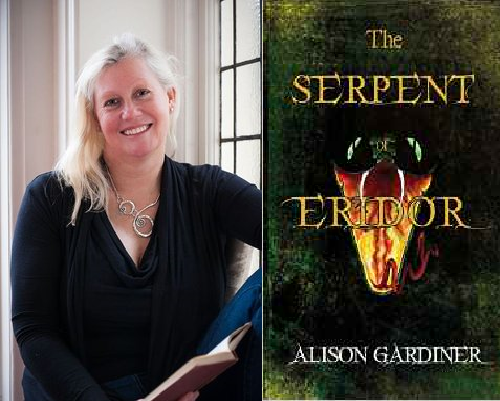 I have fought dragons and won; from now on please call me St Georgette. The vanquished fire breathing monster in question is the publishing industry, which waits, crouched, ready to swallow up, or at least badly singe, many would-be heroes.

Having discovered that my original attacking stance, straight to the traditional face, was not working, I decided that there must be another way. Luckily this turned out not to be a rear entrance, but a second, rather more friendly face. I thus swapped the tight bottleneck of agent and traditional publisher for the welcoming self-publishing option. In doing so I moved away from the gatekeeper being either (in the agent’s case) an exceptionally busy human being with strong personal tastes about what they’d like to read or sell on, or (in the publisher’s case) a committee with equally strong opinions as to whether they would throw sizeable amounts of money at an entirely unknown commodity: that would be my magnum opus.

In moving to self-publishing, my gatekeepers became the buying public, thus several billion people, some of whose taste in reading hopefully might match my style of writing. Also, each individual would only risk a relatively small amount of money on their punt, specifically one book’s cover price worth. I might not have found a chink in the traditional publishing wall, but my lovely multibillion gatekeepers have bought and reviewed: a warm and fuzzy feeling.

An average self-published book apparently sells about 32 copies; presumably if The History of Wastepaper Baskets, this sales surge may represent one’s entire extended family. An average book of any description is said to sell about 250 copies, averaging out the zero sales of An Extended History of Keeping Slugs as Pets, with the likes of J. K. Rowling. After just over a year, I’m into my third reprint of The Serpent of Eridor. So no, I’m not planning the details of the Eridor Theme Park yet, but it is an encouraging start.

If looking at this road, decide – what do you want to get out of self-publishing? Between the extremes of a few copies for posterity and world domination of Potteresque proportions, there is an ocean of possibilities in which one can swim or at least float. To me, writing is a career move rather than a hobby and therefore I tried to make sure that I needed to hit the ground running, including going on a public speaking course, joining Society of Children’s Book Writers and Illustrators (SCBWI), linking in with an online writers forum, embracing social media and using an excellent self-publishing company to help me.

With self-publishing comes a multi-hatted status; not only a writer, but one becomes a Marketing Manager, social media aficionado, public speaker, Financial Manager, and, as I write for children, teacher. I’m now a dab hand at spreadsheets, my three columns original effort, growing like a triffid, engulfing expenses and what ifs, finally in the black and five sheets deep.

Luckily, I was not the entire personnel in the Marketing Department for long, as my 16-year-old pitched in, with a sad, pitying sigh, to steer me through the maze of Twitter, Instagram, Facebook, and blogging. Cold calling on bookshops and approaching schools fell to my lot; a seriously steep learning curve. The main problem is showing restraint when all you want is for the entire population to plunge into your fantasy world, yet meanwhile retailers are trying to cope with the time and financial constraints of cold and dusty reality. I found have that although some people have been discouraging, showing little interest, there are some complete gems out there who have been wonderful and embraced the concept. 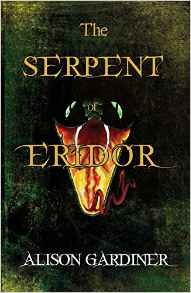 Ideally it’s worth putting in work on some of this beforehand, like building up a blog site and Twitter presence, getting comfortable with this aspect. I still have plenty to do; you will so far have failed to find me reading my first chapter on YouTube, but watch this space. By the time my book hit the ground I had nearly 1000 followers on Twitter as well as website and blog sites set up. It was a relief to have an outlet for my tsunami of excitement when The Serpent of Eridor had landed.

There is growing recognition that many excellent books are self-published. However, some of the brickbats thrown at self-publishing centre on the lack of quality control, both in content and editing. Determined to make sure that the job was done professionally, yet with zero knowledge of how to construct an e-book, organise foreign rights, distribute to wholesalers, I chose to work with Matador Publishing. They’ve been fantastic; friendly, swift, knowledgeable, easy to work with, thus I’ve asked them to publish my second book. I’d advise anyone considering this path to do their homework; find a reputable company that they can develop a strong relationship with; it’s a partnership after all, everyone paddling the same canoe.

It’s been an extraordinary journey, more like an emotional bungee jump than a rollercoaster; a huge adrenaline rush, new skills learned and huge fun. So if you have a book in you, or have already regurgitated it into a PC, go on, try it; amaze yourself. 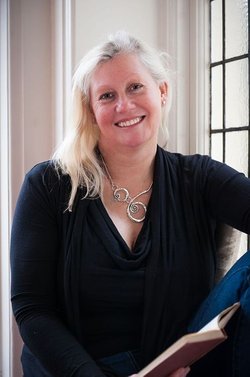 Full time juggler; doctor, kids, author, broadcaster. I love every one of my 52 seconds of me-time each day. Sometimes I balance work/life; more often it balances me. Writing includes MG fantasy, MG fiction, picture books and a film script. I missed my vocation; I should have been a child.