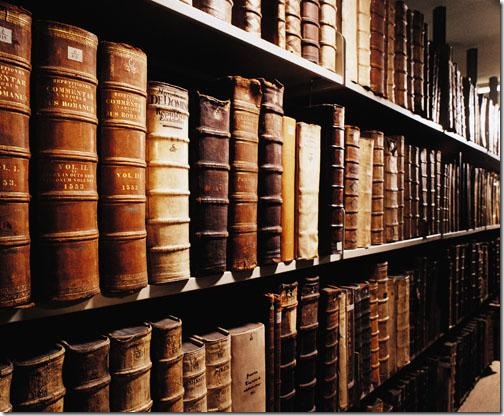 According to the list of favorite writers of educational resource IvoryResearch, we have a lot to learn from the struggles of famous authors. When we observe their lives, we can come to a single conclusion: becoming a famous writer is not easy. Unfortunately, talent is not all it takes. Nevertheless, there is always a way to surpass the obstacles and pour your soul into a marvelous piece of literature.

Let’s see what tips and tricks 10 brilliant authors had to share.

If Joanne Rowling was born into a noble British family, she would’ve been attending posh brunches and the adventures of Harry Potter would never come to her mind. But, she went through harsh experiences when she was writing the first novel in the series: death, divorce, and poverty.

Here is one of the best tips Rowling gives to writers:

Create good characters and a world that enables both you and your readers to escape from the harsh reality.

Through her constant struggle with depression, Woolf composed some of the most melancholic novels and short stories ever written. She was strangled by the harsh reality, but nothing could stop her from creating.

Lock up your libraries if you like, but there is no gate, no lock, no bolt that you can set upon the freedom of my mind.

King worked as a teacher while he was establishing himself as a writer, but he knew teaching was not what he was meant to do. You would think that he is too busy living in his frightening imagination to think about other writers, but he generously shared his insights in the memoir On Writing: A Memoir of the Craft.

This is one of the most important tips Stephen King has for writers: ‘be talented!’ If you are not achieving success, you should know when to quit.

This is not a kind thing to say, but if Poe’s life was easy, the world would never witness some of the darkest poems and short stories ever written. In ThePhilosophyofComposition, Poe gave one of the most valuable tips for authors: you have to know the plot before you start writing.

He did not base his work on accident or intuition; he composed The Raven step by step, ‘with the precision and rigid consequence of a mathematical problem’.

He was a humorous man, so he infused that personality into his work. Although his sarcastic notes bring a smile to your face, you shouldn’t assume he had things easy in his life: he was subjected to harsh censorship!

One of his most important tips for writers is:

Get your facts first, and then you can distort them as much as you please.

So, go ahead and conduct an in-depth research before you start working on your next masterpiece!

Ah, Hemingway. Such a powerful soul expressed through the simplest of words. He was able to convey the deepest emotions through concise sentences that haunt the reader forever. Here is a piece of wisdom that captures the essence of this trade:

There is nothing to writing. All you do is sit down at a typewriter and bleed.

Being a contemporary woman who’s aware of the struggles of modern authors, Smith has a valuable piece of advice to share:

Work on a computer that is disconnected from the Internet.

That precise statement is a definite solution to the biggest temptation of today’s writers: procrastinating through online distractions.

This strong woman published seven autobiographies, so writers have tons of material to learn from. She went through many professions before becoming an author: nightclub dancer, prostitute, and journalist in African countries during the decolonization era.

She made a powerful statement that all writers can identify themselves with:

There is no greater agony than bearing an untold story inside you.

Whatever you do, find a way to tell it!

The master of the short story genre lived on the fine line between tragedy and comedy. Although he was a physician, he understood what his true calling was: storytelling. Tuberculosis, the condition that had affected him since his youth, won the battle when Chekhov was 44.

He left a great heritage of masterful literature, as well as an important tip that can instantly turn you into a better writer:

Don’t tell me the moon is shining; show me the glint of light on broken glass.

There are no limits to Gaiman’s imagination. His childhood and youth were marked by books, so he knew what he was meant to do all along. That confidence is important for all authors!

The main rule of writing is that if you do it with enough assurance and confidence, you’re allowed to do whatever you like.

Appreciate Your Talent if You Want People to Acknowledge It!

Neil Gaiman brought us to the most important piece of advice for every writer: there is no limit to what you can achieve if you don’t doubt yourself. Think hard, work harder, and you’ll eventually come to the perfect style and composition of your masterpiece.

Then, you can start thinking about marketing. Put yourself out there! Promote your work on a blog and social media websites; and keep contacting one publisher after another. When you know you’re talented, you’ll find someone who will appreciate your efforts sooner or later.

Joan Gilbert is a journalist and a writer from  educational resource IvoryResearch. Her sphere of interests is education, writing skills and literature.