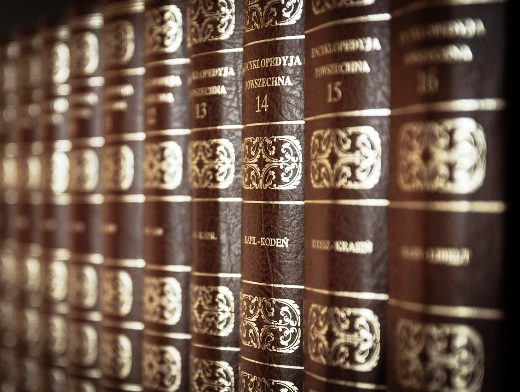 Writers are a curious bunch. Anyone who has ever met one will tell you that. Curious in a sense that it’s hard to lump them into any one of the categories, whether it’s from an artistic, social or any other point of view. Moreover, it’s nearly impossible to put all the writers with each other under the same proverbial blanket. While that presents an issue, it is also very indicative of the richness of the language. Endless possibilities breed an endless number of different writers, each with their own unique style.

But, we’re going about it all wrong. Instead of trying to find the lowest common denominator, the same thread that runs through the minds of all great writers, we should try and look at the qualities which got them to be where they are in the first place. And we were right. There is more than a handful of traits that all remarkable writers share, traits which are essential if you want to become a writer. Here are some of them.

There is a common misconception among people that writers are, while brilliant and creative, irresponsible, undisciplined and even downright lazy. Basically, they think all writers are like Hank Moody from “Californication”. Also, there is this romanticized notion that writers lead chaotic, bohemian lives, akin to that of rockstars, which supposedly helps them tap into their inner genius. That may work for some, but that kind of formula should be treated as a last resort. If you’ve actually had the pleasure of meeting a writer, you would find that one of their key character traits is their incredible discipline and dedication to their craft.

Most of them write every day, as if it was a regular day job. Not because they have to, but because they need to. It’s in their blood. Writing every day also gives them a chance to keep their writing chops tack-sharp, and to improve upon them over time, instead of just resting on their laurels. Because they don’t necessarily have a boss, they need to be self-disciplined and push themselves constantly. Dedication, or persistence especially, is also extremely important when writing more expansive literary works, such as novels. Many writers start out confidently, and then get bogged down along the way, lacking the fortitude to stick with it.

All good writers know their way around words. That’s what makes them writers in the first place. This ability helps them express their thoughts and ideas in a way that is original and captivating for the reader, using just the right number of words, and finding the perfect tone. Basically, they are extremely adept at striking the perfect balance between being concise and descriptive.

In a sense, all brilliant writers are like editors. They go over the things they have written, as well as the ideas that are still inside their head, trim the edges, and polish them until they are perfect. Let’s consider an example. These days, everything is about marketing. From pitching the idea to presenting the readers with a headline that will invite them to keep on reading, it’s all about marketing, so there is a whole slew of marketing “experts” with their expensive suits and designer spectacles. They have the final say. However, if you were to hire a writer to do their job, they would do it better, because they actually know what they are doing, instead of pretending to know what they are doing. If you ask them to write an email, or a news article, the title they select for either one is guaranteed to get the readers to click on it.

Their love for the written word is what got them to write in the first place. All great writers are also passionate readers. There are plenty of reasons why they do it: to improve their skills, to learn something new, and to step out of their comfort zone. They will use what they’ve learned when doing their own writing. Based on what they read, they can be divided into three different categories.

There are writers who read just about anything they can get their hands and eyes on. It can be anything from popular online websites and blogs, newspapers, literary classics, or a menu at their favorite local restaurant. They like diversity and are able to find something useful to them in just about anything.

The third category of writers includes those whose reading is focused solely on the matter that is exactly up their alley. Their scope is very narrow, very specific. For instance, a writer working on their PhD in theatrology and performance studies will most likely read the works of William Shakespeare or Henrik Ibsen.

Guitar players will always tell you that learning to play guitar is a never-ending process. It is exactly the same with writing. All remarkable writers are on a constant learning path, regardless of how successful or accomplished they are. They will always find ways to improve themselves and their writing. Attending conferences, seminars, classes or lectures, they will do any of these. They will also learn from other artists, such as actors, playwrights, directors, musicians and so on. It can be incredibly inspiring for them to attend a lecture by someone they look up to. Any of these methods will help writers grow.

Granted, every writer needs to have talent in order to succeed, or to simply write, but riding on pure talent will not get you very far. We’ve already touched on this in previous paragraphs where we’ve discussed writer’s dedication and passion for reading other authors. But, it’s about more than that. One of the defining traits every good writer has is a hunger for new knowledge, which simply never goes away. It never gets sated, it only grows with time, with every new article, blog post or book read. For real writers, the entire process is intoxicating. Disappearing into the world of letters and words for an unlimited amount of time is a must for every aspiring writer.

While writing can hardly be viewed objectively, there is always room for constructive criticism and all writers should be able to deal with it and accept it in a positive way that will drive them to work on their skills. While you may encounter a fair number of people with less than benevolent intentions, there will be those whose criticism will help steer you in the right direction.

Self-criticism should be used too, because there is nothing worse than a writer who is in love with his or her own work. Be prepared and willing to critique, change and rewrite your work. It’s not about getting it right on the first try. You have all the time in the world, so don’t shy away from rewriting. You’ll become a better writer for it.

Kenneth Waldman is a passionate writer, digital journalist and copy editor who cooperates with EssayMama.com and other online platforms. Majoring in English Language and Literature, he believes the power of words can change the world for the better. Kenneth draws his inspiration out of the traveling, meditation and retreats. You can get in touch with him on Twitter or Google+.