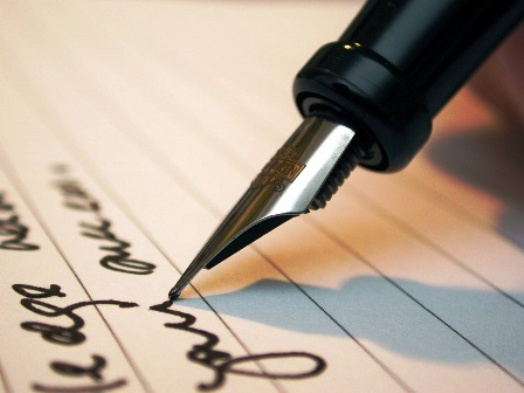 As an author, your style is everything. When it comes to certain writers, style is something that readers will take note of before plot, characters, or any part of the actual substance of your writing. You don’t have to be a student of literature to see the differences in the writing styles of Ernest Hemingway and Douglas Adams. Some authors, notably, magazine writers and journalists in general, have no identifiable style at all – rather, theirs is straightforward, no-frills and defined by the medium they’re writing for.

But is having a distinct style important? Well, in some cases, the answer is yes. English literature has seen writers’ careers made by distinguishable style: Hemingway, Franzen, and McCarthy, just to name a few. Now, if you’re not yet convinced that style is an important thing to have, ask yourself: would any of their celebrated works be as good if they had been written by other people? The answer is, probably not. In fact, in many cases, the writer’s particular style is what makes those works great in the first place. Styles can differ from writer to writer, but what’s clear is that: a) writers needs to have one (even if it’s indistinct), b) it has to be appealing, and c) they need to be consistent with it.

Read as much as you can

Writers are voracious readers, that much is a given – if you want to be a writer, chances are you’re just a fan of literature and want to read as much as you can, anyway. Still, it needs to be said that, if you want to be a writer, you can’t do without reading lots and lots of books. And not just reading like a bored teen reads The Hunger Games, you’ll need to read critically and, for this exercise, read while paying attention to style.

First, notice how the same authors use different styles to convey different things. How is style in an action scene different from style in an expository passage? When do they choose to be more poetic, and when to restrain themselves? How much is their style dictated by the genre and form they’re writing in?

Employing different styles of writing to convey different things is a powerful technique and most writers – even if they’re known for a gimmick – employ it. When you’re reading and consciously taking note of someone’s style, you’ll pick up on what they’re doing and can employ others’ methods to improve your own style.

Developing your style (and voice) will take writing practice, as it does for everyone. Sit down and try different genres and forms, changing your style to fit each one. You don’t have to settle into anything yet, and don’t bang your head against the wall trying to perfect it – this is just an exercise to make you more comfortable with writing when the situation demands a style that’s different from what comes to you naturally.

When you write, employ the elements of others’ style you’ve picked up on – more or less poetic/descriptive/expository as needed, but be careful not to copy other writers. At first, you will almost certainly be emulating someone else’s writing before you come into your own, but that comes with being an upstart writer.

Writing in forms and genres you aren’t interested in might seem like a waste of time, but, while pursuing the goal of being a better writer, you’re only wasting your time if you’re doing anything but writing. Doing this exercise at least once will force you to confront writing in different styles, so you will see a) what fits you best and b) what works better for different types of writing.

Write how you talk

At the early stage of writing (that usually coincides with being a young person) nearly everyone is tempted to use verbose, embroidered prose and long sentences with many clauses. This usually results in unreadable and eyeroll-worthy writing. Here’s the simple truth: most writers, whether they’re writing a magazine article, a book or anything in prose, for that matter, write how they speak.

If you struggled through the previous exercise, this might be the option for you. Lots of writers are apprehensive to write how they speak for a fear of ending up with unremarkable material. What they don’t realize is that writing the way they speak is already a style – uniquely their style, notably. Employing this technique will allow you to keep your style understated and subtle – only noticed when paid attention to, which, for many forms and genres, is exactly what you want.

Writing, at its simplest form, is used to communicate, and before it accomplishes anything else, your work needs to be clear and straightforward. Writing in the style you use for verbal communication, with a little editing, is sure to achieve that.

Your style will develop in unnoticeable and subtle ways as you develop your writing skills and get more and more experience. Again, no time that you use for writing is wasted, and even if you don’t end up liking the end product of whatever you’re working on, you’ll still have gotten better. If you already have some small body of work collected, go back and read your old stuff. It can be difficult, and if you’re anything like other writers, you’ll definitely cringe. But if you even have a few years of writing under your belt, you’re going to see a major difference between how you wrote then and how you write now.

For any writer with a style that you can think of, it has taken years and years of writing to have developed it. So don’t worry if you don’t get it right away, you’re probably well on your way already.

More than intelligent, inquisitive and hard-working, a writer needs to be courageous. Writers are their own harshest critics – seeing the most minuscule flaws in their work and rejecting anything less than perfection. Echoing Ira Glass’ famous advice, most people in creative professions start because they have great taste, but don’t produce work that’s up to their own standards until they’ve been at it for a while. The key is not stopping when it gets too difficult.

Developing a style that’s both personal and unique, manages to be subtle, but not faint, distinct, but not flashy, will take you years, just like it took most writers. Sometimes, yes, it will be difficult to put pen to paper (or finger to keyboard), but you must soldier on.

Florence Mendoza is a writer at buyanessay.com writing company. She provides writing help to students and aspiring authors. Florence also loves writing short stories and is currently working on her first novel.