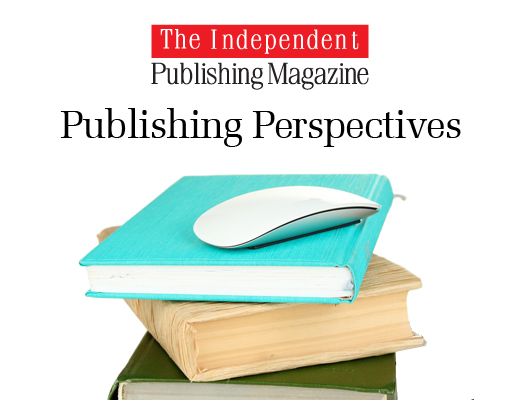 Earlier this year, NPR featured a podcast roundtable wherein four authors tackled the question: Is Amazon The Reader’s Friend? Generally speaking, the debate has been framed in terms of how Amazon is disrupting traditional publishing practices. Technologically speaking, disruption is often the result of innovation and consumers benefit because products or services are streamlined, reimagined or otherwise improved. Predictably, there’s been no shortage of stories portraying Amazon as Evil incarnate, but not nearly enough pondering the ways Amazon has radically disrupted — for the better — the landscape for both writers and readers.

This has triggered a great deal of confusion and, in my opinion, intentional obfuscation and ill-will surrounding the all-or-nothing proposition of Amazon as friend or foe. The simple solution is that instead of fearing this dichotomy; we can and should embrace it. Amazon, it seems, is now being blamed for everything from the disappearance of bookstores to the proliferation of inferior product. No less a literary genius (and one-time progressive thinker) than Ursula K. Le Guin has entered the fray, recently opining that “every book purchase made from Amazon is a vote for a culture without content and without contentment.”

Wow. Hyperbole and hysteria aside, Le Guin is scarcely the only renowned author suddenly perplexed by the ostensible threat presented by the same site she curiously has not removed her books from. This kind of hypocrisy certainly complicates the issue, and reminds us that, as always, to find an answer one must follow the money. As such, and put plainly as possible, Amazon is most definitely the reader’s friend. Perhaps more importantly, Amazon has emerged as possibly the best friend for writers in the history of book publishing.

To expand on a point made in my previous post, I believe it’s important to assess the spurious notion that too many choices and too much product is conceivably a bad thing. Has the advent of self-publishing, abetted by eBooks in general and Amazon in particular, simply inundated the market with shoddy merchandise? Even if we concede that the answer is yes, it’s a question best addressed with another question: Who cares? Besides, it’s the question itself that’s deliberately disingenuous, posed by traditional industry gatekeepers and elitists, in full concern troll mode.

The implication that this democratization of content unleashes an unreadable tsunami upon an innocent and unsuspecting populace is to deny that American culture has forever had a surfeit of drivel polluting the airwaves, movie theatres and, yes, bookstores. Thus, the only people truly apprehensive about the ascension of self-publishing are the ones accustomed to owning the lion’s share of control — and profits. Consider how insulting it is for anyone to claim that you don’t know what type of books (or music) you’re likely to enjoy and willing to discover. Or, does anyone wish to return to the rigged-game era when CDs with one hit song cost twenty bucks or hardcovers cost whatever the big publishing houses (that took the majority of the spoils, incidentally) deemed appropriate?

Even the folks insisting that the transparent (ha) and equitable (ha!) old model of how books were acquired, produced and sold are avoiding the inconvenient fact that traditional publishing was on life support long before Amazon introduced the Kindle. Harry Bingham, guest-blogging on Jane Friedman’s invaluable site, has a take on the contemporary state of affairs that’s at once enlightening and unnerving. He describes some of the obvious, inevitable reasons authors, like himself, are making the conscious decision to leave their publishers to go the independent route.

Follow the money? Well, yes, but that’s only part of the story.

As any writer (or reader, for that matter) knows, book reviews are disappearing as quickly as the magazines and newspapers they were once printed in. At the same time, advances and any measure of marketing or promotional support are increasingly archaic notions, even for established authors. As such, since publishers and traditional media have offered little to fill this void, we should celebrate the rise of bloggers and autonomous websites that help curate and recommend content. Even, perhaps especially old school fans of books and the so-called good old days ought to revel in the breadth of options available for encountering first-rate writing. These alternatives are saving literature, not imperilling it. In the meantime, the traditional paradigm can putter along, serving whomever it chooses (and whomever chooses it); all of these possibilities constitute, at worst, a win/win.

Speaking of money, we should also acknowledge that for perfectly understandable reasons, the bandwagon effect has always been a prevailing force in American pop culture (zombies and vampires, anyone?). What would you rather trust in 2015: ten — or twenty, or two hundred — positive and articulate customer reviews at Amazon, or a pre-packaged product vetted and greenlighted by clueless businessmen in a boardroom? For all their complaints, the big publishers are making more money than ever; it’s often the authors who are getting short-shrift. And anyone inside or outside the business insisting that Traditional Publishing puts integrity before earnings and has the future of Literature-with-a-capital-L foremost in their hearts and minds need look only at the New York Times bestseller list.

Once again, the book publishing arena is simply mirroring what’s already happened in the music industry. Or, for that matter, lessons learned in the motion picture industry during the early ‘70s: with a paltry budget and outsiders behind the scenes, Easy Rider went on to become the third-highest grossing film of 1969. This aesthetic — and financial — milestone instigated a genuine transformation, granting legitimacy to the rise of independent filmmaking that dominated the next decade. Not for nothing were some of the most acclaimed movies in American history made throughout the ‘70s. The key takeaway being that the studio bosses didn’t suddenly decide fresh new voices were needed and could benefit from big studio backing. Only once it appeared money could be made did they, however cynically or shrewdly, get on board with this decidedly unconventional approach. Artists and audiences won.

And so, aside from the environmentally-friendly opportunities POD provides (how many forests has digital ink already preserved?), if just one worthy writer gets discovered — who may otherwise have languished in the slush pile — does it not obviate the sound and fury of all this hand wringing? Plus, putting faith in the literary community promises a candor and integrity sorely lacking from the inside-the-industry clique: if readers don’t like a book, they’re unlikely to recommend it. More, they’ll never even know about it in the first place. If a lousy self-published book falls into the electronic void, does it make any sound? No. This, then, is precisely why the first rule of writing always applies: no matter how or with whom you choose to publish, it’s ultimately in the author’s best interest to put forth their best product. Neither short-cut nor salvation, Amazon merely presents possibilities previously unavailable, or imaginable.

The best news is also the bottom line: people in it for the wrong reasons (vanity, the illusion of fame and fortune, etc.) will invariably find this new model easy, yet unfeasible; people in it for the long haul have no guarantees and the road is as long and gruelling as it’s ever been. But here’s the catch, and the reason to rejoice: mechanisms now exist wherein any artist can cultivate an audience through the most and honest and organic means known to mankind: good old fashioned word of mouth. Amazon, and the community it sustains, allows anyone to have a voice, and those voices will be creating and encouraging literature for the foreseeable future.

You can read the first part of The Story of Self-Publishing here.

Bio
Sean Murphy has been publishing fiction, reviews (of music, movie, book, food), and essays on the technology industry for almost twenty years. He has appeared on NPR’s “All Things Considered” and been quoted in USA Today, The New York Times, The Huffington Post, Forbes and AdAge. In addition, he is an associate editor at The Weeklings, where he contributes a monthly column. He writes regularly for PopMatters, and his work has also appeared in Punchnel’s, The Village Voice, The Good Men Project, All About Jazz, AlterNet, Web Del Sol, Elephant Journal and Northern Virginia Magazine. He is the recipient of a Noepe Center for Literary Arts Writer Residency. Murphy’s best-selling memoir PLEASE TALK ABOUT ME WHEN I’M GONE was released in 2013. Visit him online at http://seanmurphy.net/
Sharing
Authors