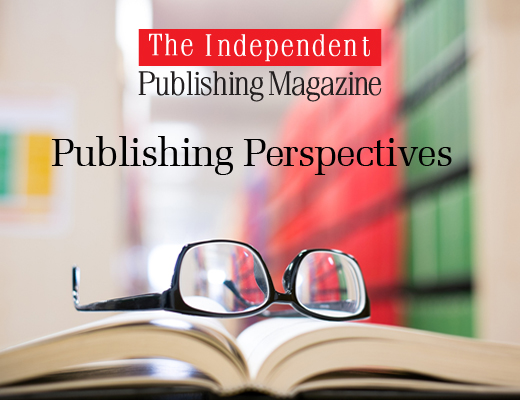 Blueink Review is a resource and paid-review website for self-published authors founded by literary agent Patricia Moosbrugger and award-winning former book review editor Patti Thorn. It describes itself as ‘the gold standard in reviews of self-published work.’

While fee-based, all BlueInk reviews are honest appraisals, written by professionals drawn largely from mainstream media outlets or editors who have worked at well-respected publishing houses. As our critics discover worthy titles, we celebrate the finest of these books — featuring them in high profile positions on our web page and vigorously promoting them to publishers, librarians and literary agents and editors.

In this way, more than a simple source for reviews, BlueInk acts as means for readers and industry professionals to find the “next generation” books worth selling, stocking, purchasing and reading.

BlueInk offers a host of other services as well, including: articles with self publishing tips, lists of important writing resources, classified ads, and much more.

Blueink also runs a feature on the real cost of self-publishing, as reported by authors, to help guide new authors new to the field of self-publishing and what they might expect. For the most part, I think the feature is an excellent idea but it does underline the vast difference of experience and cost among authors. Previously described as a ‘monthly blog,’ the ‘real cost of self-publishing’ is actually pretty sporadic, and since September 2013, I could only find six published features of the series — certainly not a monthly feature.

The latest posting on Blueink’s The Real Cost of Self-Publishing reported in May this year on the experience of author Dr. Nancy Saltzman and her 2012 title “Radical Survivor” where she was interviewed and outlined the costs of her self-publishing experience with her book. The details of the post were most than a head-turner for me, but many in the self-publishing community. In short, Saltzman’s incurred costs were anything but real, positively unreal by any measure of experience, and I include some of the worst cases of Author Solutions’ service cost gouging when I say that. But let’s be clear from the outset, Saltzman didn’t use Author Solutions or any high cost vanity press. In fact, she did what many entrepreneurial authors in the self-publishing community would suggest — form you own imprint and contract out the various services you need to edit, produce, print and distribute your book. Saltzman self-published her book through her WoWo Press imprint.

Here is a quick rundown of the costs she reported for her book:

Saltzman’s book is 242 pages long and features some illustrations. This included quotes of $75 per hour of copy editing and $50 per hour for a proofread. I’m wary of editors who charge by the hour rather than by the word, but overall this cost seemed reasonable to me.

This included all the graphic design for the interior layout and the cover. Saltzman says:

I had a graphic artist who designed the cover and did all of the work on the inside. I also had pictures in the book. I picked the pictures and wrote the captions. She would ask what I thought of the print, the chapter headings (type style), etc. She cleared it with me, but she put it all in the software, and that was about $10,000. She charged me a set amount every month and said I would get a better deal that way. I think it was $1,500 a month. 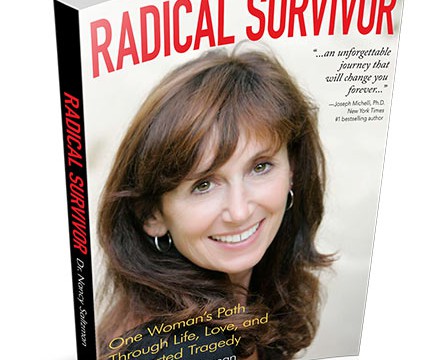 Frankly, I was staggered by this cost and so were many who commented on the Blueink post. And I was even more staggered when I saw the cover and interior on Amazon. I mean, charging an author by the month at $1,500! So this took more than six months to put together? I’m not prepared to let this one go without mentioning the company involved. A little digging revealed the outfit responsible — tothepointpublications.com

Saltzman opted to print offset on photo-quality paper and ordered two separate print runs of 1,500 copies, each costing her $9,000. That’s $6 per copy and way over the odds for such a print run.

This seems reasonable considering the e-book seemed an afterthought and was created from the hard copy book for ePub and Kindle formats. Yes, it should have been cheaper had it not been an afterthought.

I worked with someone who owns a sound studio. That cost $1,500 flat-rate. I did the reading myself. When I was reading it out loud I found a couple of errors (in the text), so I wrote my designer and asked if we could fix them in the next print.

This seems a little high for me considering the author did the reading and not a voiceover actor. When authors consider an audio version, they really need to consider the value and potential sales of such a version against what they are going to pay in production costs. I don’t think Saltzman gave this too much thought (see sales vs. costing below).

There are cheaper ways to do this but if you are going to contract someone to do it from scratch, you are likely looking at $300+. Saltzman also wanted to direct sell from her website.

When I did a TED talk, I paid him to add in a link to my TED talk. He charges me $25 when he does that. So I probably paid him an additional $100 to do those kinds of updates.

This is also one other issue when you completely rely on someone else to look after every single detail and change you want made later.

The marketing I did initially was I sent an email out to everyone I knew and said, “This book is out, if you want to get it this is how you do it.” And then I have Facebook pages: my own personal Facebook page, and I have a page for Radical Survivor. I’ve sold books through that. I have an account on Goodreads so I’ve advertised on there; I’ve done book giveaways. It’s pretty funny, I gave away 25 books because they encourage you to [do so], but I didn’t say “only in the U.S.” so I had to send about 10 book to Europe and Canada. I totally lost money on that giveaway because it cost so much to ship books.

I’ve done some paid advertising in our local newspaper and neighborhood newspaper. I don’t think that’s been a big help. The newspaper [ad] cost $400. Then I advertised in the Story Circle network, which is a women writers group. That was about $450. They have a newsletter, and they do some giveaways; it’s all women’s literature. They reviewed my book, which was great. I advertised on Facebook; you can boost your posts—I don’t think it made a difference. I bet I’ve spent a total of $100 on Facebook.

Reflecting on the above and the sales the author revealed in the post, it made me wonder where she stood after that extraordinary expense. I did some math. I gave the author a huge benefit of doubt basing my figures on the possibility that she made most of her sales directly from her website without retailer and distribution discounts. This is absolute best-case scenario.

Bear in mind on the above figures that I’m not taking into account the reduced profit if some or all the books were sold via Amazon.

Again, I’m being kind here. I see nowhere on Saltzman’s website that the e-book can be directly bought. The buy link button goes to Amazon at a 70/30% split on revenue. But let’s say those e-book sales were all direct sales from the author’s website.

Again, I’m ignoring that the audiobook doesn’t have a direct buy link on the author’s website.

Put those figures together and you get a total sales profit of $31,975, but against a spend of $33,050. If many of the sales were generated via Amazon, then some quick math tells you the profit would be more like $23-25k.

Authors self-publish for different reasons and every author also has different reasons, aspirations and a budget to spend. Nancy Saltzman’s self-publishing costs are anything but real, and they certainly don’t strike me as any kind of blueprint to self-publish a book. I really do feel some of the companies and freelance professionals she worked with saw her coming. Kudos to her for self-publishing her memoir and selling 3,800 copies across three formats. Few self-published authors see those kinds of sales figures. The author is currently preparing her book for re-release via CreateSpace.

One thing that irked me about Blueink’s piece on Saltzman (considering the author was kind enough to share her experience, costs and sales) is that the author wasn’t even afforded a buy link to her book or website on the post.

So, with respect to the author, let’s address the balance here.

Saltzman’s nonfiction memoir tells the incredible story of her survival in the face of recurrent tragedy. In 1995, with these dreaded words, “They found the plane. There were no survivors,” Saltzman entered a nightmare that would haunt her in the days, weeks, and years to come. Her husband Joel, the successful owner of a tennis shop, and her two sons Adam, almost 13, and Seth, 11, had been killed in a private plane accident, along with the pilot and his wife. The family had been attending a tennis tournament in Las Vegas and celebrating Seth’s birthday; Saltzman had flown on a commercial airplane because the private plane didn’t have enough seats.

It wasn’t the first time her life had been upended. Five years earlier, at age 38, she had undergone a mastectomy for breast cancer — and when the cancer returned a short time later, a hysterectomy and chemotherapy.

Saltzman now shares her insights on loss, resilience, and life through public speaking, including a talk for TEDx in Colorado Springs, CO.

You can listen to Nancy Saltzman’s Tedx Talk below:

And you can purchase her book Radical Survivor directly from her website or from Amazon here.