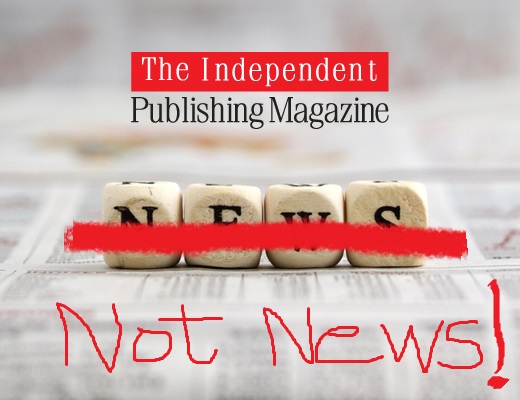 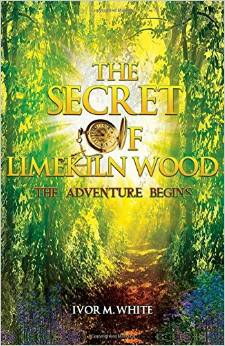 I had to park all my work this morning when I came across this news. This is big… it could be really big. I recalled all those dinner parties when people would ask you casually; “Where were you when John F. Kennedy was assassinated?” and “What were you doing when you heard about  the 9/11 attacks or saw it on TV?” My Google Alert suggested I would one day speak about this monumental event in the future. Everything I would do this morning following my opening of the Google Alert would be formed in relation to what I read. What was I doing at the time? What did I have for breakfast? Who did I first share the news with? Every moment of my day would be inextricably lined to this Google Alert.

I was stunned when I read the words…

An author from Telford gets first book published

I’d no idea there were even authors in Telford, let alone published books there. This had to a first, alright. All the other first book authors in Telford had either fled the place or were already on to their second and third books. I checked Google Maps for Telford. It must be some kind of literary warzone.

Telford is a large new town in the borough of Telford and Wrekin and ceremonial county of Shropshire, England, about 13 miles (21 km) east of Shrewsbury, and 30 miles (48 km) west of Birmingham. With an estimated population (for the borough) of 170,300 in 2010 and around 155,000 in Telford itself, Telford is the largest town in Shropshire, and one of the fastest-growing towns in the United Kingdom.

Okay, so it’s not a literary warzone. I discovered that Ellis Peters is Telford’s most famous modern author.

Ellis Peters, whose real name was Edith Pargeter is perhaps Shropshire’s best known modern author; she lived in Telford and is famous for her collection of Medieval whodunits, ‘The Chronicles of Brother Cadfael’. The first appearance of this monk at Shrewsbury Abbey was in ‘A morbid taste for bones’ (1977) and he mixed his herbs and unraveled mysteries in this atmospheric setting for a further nineteen novels. The books have initiated tours, tourist attractions and a television series. There is a memorial for her at Shrewsbury Abbey and The Times published a full obituary when she died in 1995.

But Ellis Peters wasn’t the author referred to in the Google Alert and new release information from the publisher.

I discovered that Ivor M. White was the author and his book was called The Secret Of Limekiln Wood — an adventure novel aimed at both children and adults (I’m not sure that is an ideal basis to target readership) and based on a story recounted to the author by a man he met in a local Shropshire wood about a German aircraft dropping three bombs on a similar beauty spot in the 1940s and creating an oasis.

Firstly, kudos to Mr. White for getting his first book published and attracting a local paper to cover the story. But the press information released by the publisher hides two realities generally not acknowledged by very localised media when an author self-publishes a book. Yes, sometimes a press release sent out by a paid-publishing service will attract local interest if the book is strong enough and lands on the right editor’s desk. In this case it has actually worked, but the reality is that a press release headed An Author from Telford gets first book published is not going to grab the attention of most editors of a local newspaper, and it is unlikely to be picked up by national and international media. And that is where good targeted marketing starts. Attracting local attention in the author’s community with the hope that larger media organisations will pick up on a local story is not a bad start. But in this case I can’t see how any national media organisation would want to pick up on this local piece. The back cover copy is intriguing, yet somewhat confusing and incoherent:

Hidden in the depths of Limekiln Woods, a mysterious secret lurks far out of reach. It is up to Daniel, his friends and a small dog named Samantha to discover the second gateway, fulfil the prophecy of The One and find a way home. The Secret of Limekiln Woods is a story of magic, mystery and adventure, against the backdrop of pristine wilderness. Readers experience the story of Daniel and his friends trapped in the timeless valley of Paradise, the riddle of Hazel and Cross Ivan in the present day, and Daniel’s struggle to save the people he loves lost in the middle of World War II.

But this book — and how the publisher clumsily allowed it to be marketed — likely doesn’t do the book or the author justice. I’m struggling to see how a book with strong references to WWII is going to appeal to modern children.

The publisher’s back cover copy and press release is representative of so much generic information dressed up as a marketing drive put out by many vanity presses and shoddy self-publishing service providers. It’s created by someone with little grasp of what interests media organisations and has never fully grasped the core of what a book is about, and certainly not enough to form a coherent marketing plan and attract readers. In other words, the generic marketing cart comes before the horse is properly born.

When it comes to press releases and marketing, the book is actually the story, not the fact that the book is published. A proper marketing expert would have discovered the hookline to interest media organisations and made a clear decision whether the book should be targeted to a younger or older audience.

The fact that a book has been published is not news of itself. It might be to the author and his/her family, but not to potential readers.

If you are JK Rowling or Kim Kardashian, then it might be news. You have an established audience, even if that audience isn’t considered to be book readers.

The second noted point here (mentioned by the writer of the Shropshire Star piece) is that vanity presses and most self-publishing services don’t ‘pick you or your book up as an author.’ You pick them and pay your money. You might even have submitted your book unaware that your credit card was a part of the publishing process.

Some might say I am being harsh here on both author and local newspaper. The argument could be that local media are much more willing to feature local writers regardless of how a book is published. And that’s a good thing. The writer of this article in the Shropshire Star was probably completely unaware that the book was self-published, and by a UK vanity press. I doubt he/she was too wowed by the press release and it remains to be seen how much of the author’s own efforts actually led to the local publicity.

As someone commented today when I made mention of this story on the TIPM Facebook page, “all publicity is not equal.” And I guess I would add that no kind of publicity is bad publicity. Who wants to wager that Ivor M. White will sell more copies of The Secret Of Limekiln Wood on the back of this piece in TIPM than he ever will from the Shropshire Star piece?!