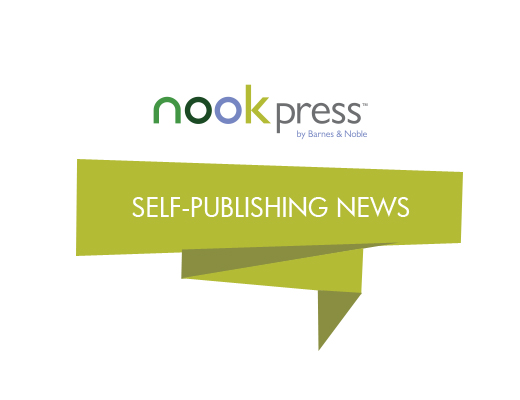 This week Barnes & Noble announced that it was adding a print-on-demand (POD) service to its self-publishing platform Nook Press, a part of Nook Media, which it ultimately intends to turn into a publicly traded company. Nook Press Print Service will allow self-published authors to load up completed PDF files of their books in various trim sizes and formats (paperback and hardback) for private printing purposes. I say private printing because that is really all it is — a printing and delivery service. While at first glance the print options look far better than those available from CreateSpace, the real curiosity is that distribution is not provided into any sales channels, not even Barnes & Noble’s own online bookstore.

The NOOK Press print platform program is for you to print books for your personal use, and does not include selling those books through Barnes & Noble stores or BN.com. You may sell the books you print on your own, however.

Authors can calculate the print cost of their books by using the quick quote facility provided by Nook Press. Depending on what trim and format of print book you select, prices generally range between 25-40% above the print prices available from CreateSpace or Lightning Source for a similar book specification. I did notice one anomaly, and it could make Nook Press work in some circumstance — the print price of hardback books looked pretty reasonable to me, at least for standard text interiors (not full colour or heavily illustrated books).

This really isn’t looking quite so good. It’s a little like Bookbaby’s print service, but with more restrictions. On the plus side, Nook Press offers very thorough formatting guidelines, helpful for any author putting together their own print book file, even if you don’t intend using Nook Press!

Nook Press also launched service packages for authors who want pre-publication assistance when using the new print service. You know the deal. Someone who will design a cover, look after all the interior formatting, ISBN assignment (ah, so they can supply one if you pay), LCCN assignment, image insertion, one-on-one support; that sort of stuff. The price of packages range from $999 up to $2199 (Bookend and Shelf-Starter for black and white or colour interiors). And, no, that still doesn’t include distribution of any kind.  Two of the packages include an editorial assessment (not editing itself). Editing services can be purchased separately, like many of the other services, but they are very expensive and way above market prices elsewhere.

Several other media sources have covered the Nook Press announcement this week, but one of the most revealing pieces was Michael Kozlowski’s coverage for Goodereader.

Barnes and Noble also has not fully developed this system in-house and instead is relying on a yet unnamed 3rd party to provide the POD service. There is a rumor going on right now that this company is Author Solutions is [sic] providing the POD conversions.

I’m not one for rumours, and Kozlowski doesn’t cite any source for it. However, at around the same time Kozlowski’s Goodereader piece was published, Nate Hoffelder over on The Digital Reader was indulging in some speculation about Author Solutions having some involvement in the Nook Press Print Service.

It’s not clear who is actually providing the services on behalf of B&N, but one thing I can tell you is that they are rather expensive. I have also noticed that the package deals bear a worrisome resemblance to the packages offered by Author Solutions under its various guises.

I’m not sure which piece went live first, Nate Hoffelder’s piece or Michael Kozlowski’s piece, but I suspect one is fuelling the other in rumour and speculation. Hoffelder’s attention was drawn to similar wording to describe packages when he compared the Nook Press service pages to packages featured on Author Solutions’ imprint, AuthorHouse. He also noted that the comparable AuthorHouse packages were a little cheaper than Nook Press! I have to say that I also looked at the same comparisons Hoffelder looked at, and while there are similaries, I wasn’t entirely won over that it was strong evidence for Author Solutions’ involvement with Nook Press. Hoffelder rightly warns that his own observations should be taken ‘with a grain of salt.’ I would also echo Hoffelder’s words of caution before making any assumption about Author Solutions’ involvement in this.

This is why I think we shouldn’t just join random dots to form a picture. If it looks like a duck, walks like a … Yes, I know, but some people also do a very good impression of a duck!

Here are my thoughts on this:

Overall, and regardless of whether Author Solutions is involved in this or not, I agree with the general consensus over the past couple of days on Nook Press. The new print services are about as useful as a chocolate fireguard to authors. It looks like a deliberate effort to direct authors towards the expensive packages and individual services. But like all business initiatives, somewhere buried in here was the germ of a good idea. Self-published authors are focussing on e-books and digital marketing, but print copies still remain a necessity when it comes to some promotional events for authors.

From the press release:

Authors and aspiring writers can use the new print service to create books for personalized gifting and keepsakes, and self-published authors can create promotional, review and personal resale copies.

But something has got lost in the translation of this idea to its execution, and a lot of it seems to be influenced by Barnes & Noble’s future intentions to ‘spin out’ Nook Media and make the overall pie that bit more attractive for investors. Theresa Horner, General Manager of Nook Press and Vice-President of Content Acquisitions is cited in Publishers Weekly:

B&N will expand the program, including the possibility of adding a sales option, as consumer demand warrants. She explained that in moving from a digital product to print, “we wanted to get things under our belt,” before expanding the program. Consumers, of course, are free to try to sell their print editions where ever they choose.

It made me wonder if the PW piece was almost a reaction to the reception the Nook Press announcement initially received in some quarters. I’m glad Nook Press is open to possibly introducing sales channels depending on demand, but right now it doesn’t look at all like a viable option for print copies. And authors — unless they are pretty green and clueless — are not going to shell out $1000 – $2000 on packages with no distribution option. At least I hope not!