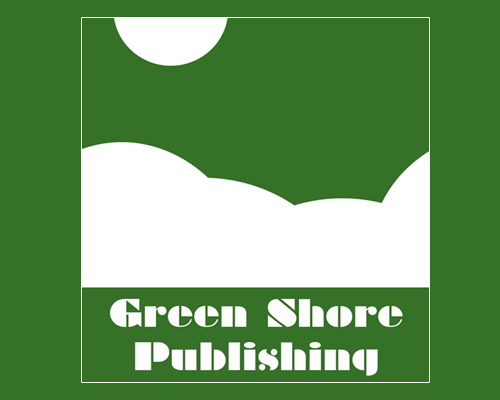 Ever since TIPM first reviewed Raider Publishing International (RPI) back in 2008 (since updated), we’ve been covering the fortunes of this full service publishing provider. Much of the coverage of RPI has been far from positive, and though the company has attempted to address and refute claims by some authors of poor service, little appears to have changed. Indeed, the complaints and grievances continue to TIPM and several online consumer complaint bodies like Ripoff Report and Scam Informer.

Complaints from authors about RPI are broad, but nevertheless consistent. These complaints including reports of continuous lack of communication; delays in production long after the contractual deadline; issues of poor design and editing; failure to provide royalty statements and royalty payments; and promised author copies never received. Communication has sometimes become non-existent after authors paid a four-figure publishing fee, that the authors actually wondered if RPI had gone out of business—only to be shocked months and months later when their books appeared on Amazon unannounced.
Over the past year, two previously launched imprints of RPI—Perimedes Publishing and Purehaven Press—have ceased business without explanation. Perhaps even more of a concern to RPI authors new and old is the fact that just one title has appeared as published and available on Amazon.com since November 2013 under the original Raider Publishing International imprint. And I might add, this May 2014 title is listed without a cover image and consists of 18 pages!
TIPM has also learned—just this past week—that RPI titles are no longer being listed and distributed through Ingram, which was RPI’s main distribution network for print-on-demand books. The decision to cancel RPI’s account was made by Ingram. This pretty much explains why RPI’s output has ceased over the past eight months.
What compounds this mess still further is that RPI and its founder Adam Salviani has just launched a new imprint called Green Shore Publishing, primarily aimed at authors in the UK and Ireland. Publishing packages are pretty similar to what RPI offers and range from £300 to £1500. We also have the same array of gushing cookie-cutter video testimonials from authors called ‘Jack,’ ‘Clive‘ – (complete with dodgy green screen background) and ‘Richard,’ all happy to share their experiences of Green Shore Publishing without the merest mention of their books by title. And you won’t find reference to the authors anywhere other than the Green Shore website! (UPDATE, July 25th: These testimonials have been exposed as $5 fakes by author Jurgen Wolff, http://timetowrite.blogs.com/weblog/2014/07/beware-green-shore-publishing-and-view-their-fake-testimonials.html)

Here at our headquarters in London, we have established ourselves as the best option for success in the European book publishing market. Book sales are very competitive here in the UK and Ireland, but our books keep succeeding. Through our partnerships with Waterstones, Easons, WHSmith’s and many others, when you publish with us, your book is guaranteed to be available all over the UK as well as the rest of the world. If you’re interested in working with us, we’re always looking for new books to publish, no matter what the genre.~ Green Shore Publishing Contact Page

Like RPI’s offices in New York, the London office for Green Shore in Paul Street is nothing more than a rented virtual office.

I referred above to RPI’s PR charm offensives undertaken in late 2013 and early 2014, which included a serious of somewhat dubious YouTube testimonial videos to counter growing negative online feedback posted by many RPI authors, but it would appear that offensives did not work. I’m concerned now with RPI launching Green Shore Publishing in the UK in an attempt to somehow wipe the slate clean and end up replicating the same level of services and author care as we have seen in the USA and other parts of the globe. What’s more, there’s no attempt by the company to make the connection to RPI, despite the claims that it has ‘established’ itself and it is the ‘best option for success in the European book publishing market.’ I said it before, when RPI launched Purehaven Press, that this looks a deliberate attempt to somehow start afresh without dealing with the issues that have tarnished its reputation. The bottom line authors should be asking themselves is that a publisher has developed a poor reputation with one imprint, then there every reason to suspect nothing is going to change with any new imprint.

Raider Publishing International authors, who have contacted me and recounted their experience (you can find one case here which we featured on TIPM), often ask what course of action they should take. Of course, I always suggest that they should first try to remedy their grievances directly with the publisher, but too often authors—by the time they seek my advice—have either tried this or both parties have already reached a point of non communication or complete impasse. Truthfully, reporting the company to a consumer rights body, federal authority, or legal action is all that is left. I should point out that I am not aware of any legal proceedings against RPI at this time.
I hear many authors say that they have contacted their local police force about a publishing service, but a police force is only likely to investigate an allegation if it believes a crime has been committed. Authors misconstrue breaches of publishing service contracts as criminal acts. More so, if authors have paid for a publishing service, than authorities tend to see the author as a consumer and refer them to such bodies who deal with consumer rights grievances. Unless an author can provide evidence of a criminal act or fraud, this kind of referral is likely to be the outcome.
The potential cost and time alone of taking legal action is enough to turn many authors off pursuing this path, and the trouble is that disreputable publishing services know this and that’s why so many get away with what they do for years without any consequences. I’ve suggested to authors unhappy with the experience they have had a bad experience with a publishing service or believe the company has not delivered on the services agreed, to consider a class action law suit, particularly if they are aware of multiple other authors in a similar situation. We have seen such an action against Author Solutions taken by three authors in the USA.
We’ve long since listed RPI as ‘not recommended’ on TIPM. Sadly, for the authors who do not read this piece, I fear—sooner than later—we will be tagging Green Shore Publishing (GSP) similarly.

Unlike GPS (Global Positioning Satellite), you might find it difficult to locate your book so easily with GSP.Stay very far away…