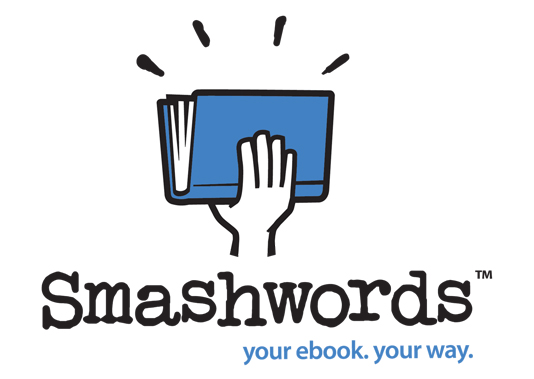 Smashwords, the e-book distributor and self-publishing platform, continues to expand its global reach with new retail partners, as well as subscription services and library channels. The company has already added Overdrive, the world’s largest library e-book platform and subscription services Oyster (last September) and Scribd (in February). Here is another deal inked with txtr.com, a Germany e-retailer and reading platform. Smashwords has also been tweaking and improving on its service offerings like pre-orders at Apple iBooks, Barnes & Noble and Kobo stores, quicker file deliverability to iBooks, and publishers and indie authors can now directly load ePub files to Smashwords’ upload engine. Just yesterday the company introduced daily sales reports at iBooks, Barnes & Noble, Kobo, OverDrive and the Smashwords store.
What is clear about Smashwords is that its primary goal as a distributor is to make its catalogue of books as widely available as possible so authors can sell books. This can only be a good thing for indie authors who use Smashwords  The goal of selling books might seem over simplistic for a distributor, retailer, author or publisher (isn’t that what they all should be doing?), but in the wider world of self-publishing, the waters can often be filled with companies whose primary (if not sole focus) is to sell services to authors. The concept of actually supporting and encouraging authors to be professional and sell as many books as possible can be entirely alien to some service companies—almost ancillary, or worse, an avenue to sell printed books directly to the author with highly inflated print mark-ups. The sign of a reputable company providing a publishing service (whether there is an upfront fee or not) is its investment and interest in its authors selling books—not just facilitating the upload of book files and/or print production. 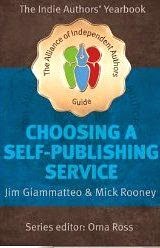 I’ve been pretty impressed with Smashwords over the past twelve months; not content to sit still and consolidate, but determined to push on into as many markets as possible. So much so the Alliance of Independent Authors (ALLi) commended Smashwords at last month’s Book Expo America (BEA) when organisation founder Orna Ross presented Smashwords’ Mark Coker with its inaugural Author Service Award 2014. ALLi was also at BEA to launch the second edition of Choosing a Self-Publishing Service 2014, a guide compiled by the Watchdog team at ALLi; Giacomo (Jim) Giammatteo and I, with an introduction written by Victoria Strauss of Writer Beware. Jim shouldered a great deal of the expansion and revisions for this year’s guide and did a terrific job. The guide tells you all you need to know in order to choose the self-publishing pathway that is right for you.

Smashwords fared very well in the 2013 edition, and it was impossible not to recognise the driving efforts and continued improvements founder Mark Coker has introduced to the Smashwords platform, particularly in the past twelve months. With every new development, authors using Smashwords were benefitting, and a company that places the author at the forefront of its developments is a core principal for us at ALLi at a time when the self-publishing service industry, and the greater publishing industry, can sometimes see authors, not as content creators, but meal tickets on an ever-expanding, revenue gravy train.
I still think Smashwords has a way to go yet. It’s far and away one of the best platforms for DIY authors to use and know they are hitting as many distribution points as possible in one place (albeit, without proper Kindle distribution as a channel). Ultimately, it is a distributor more than a publishing service and offers no additional services beyond file submission and it’s community of external services. It’s Meatgrinder engine remains a nightmare for many authors new to file formatting. And it’s website and bookstore need considerable overhaul and upgrading. It isn’t the path for every indie author, but that is also the very core of Choosing a Self-Publishing Service 2014.
Mark Coker might hate me for saying this, but I see Smashwords as the Ryanair of the publishing world (thought of using EasyJet for my USA readers, but the comparison doesn’t work quite as well!) —a no nonsense, budget alternative, capable of getting you from A to B if you are prepared to put up with a few realities and discomforts and don’t expect to be treated like a prima donna author or mile-high flyer!
There are companies (legacy publishers and publishing service providers) who look upon the self-publishing community as a resource simply to be mined, exploited, capitalised and drained; an answer to monetising the old slush piles on editorial desks; a new market outside of the general book-buying public, where writers sell books to fellow writers and never breach the community; and the output of the self-publishing community is ultimately consumed by both legacy and forward march of the publishing machine.
Let’s just say that some see the explosion in self-publishing as the never-emptying cup that just keeps giving and giving; while others see it as The Little Engine That Could.