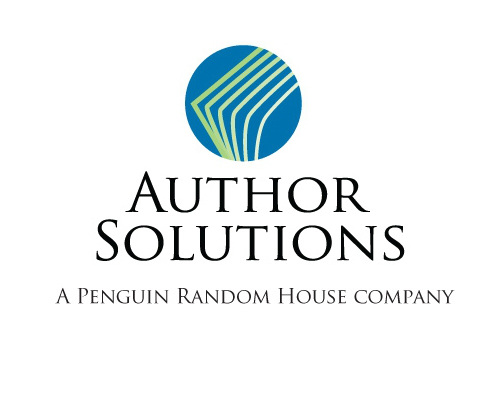 Judge Denise Cote, presiding over the class action lawsuit taken by three authors against Penguin Group and Author Solutions Inc. in the Southern District Court of New York, has dismissed all actions against defendant Penguin Group. The case was first filed in April 2013 by law firm Giskan Solotaroff Anderson & Stewart on behalf of self-published authors Kelvin James, Mary Simmons and Jodi Foster. The class action suit details complaints of breach of contract, unjust enrichment and violations of US state statutes in various areas (Giskan Solotaroff Anderson & Stewart cited that these practices are violations of the California Business and Professions Code, and also violations of New York General Business Law).

In a ruling filed earlier this month, Judge Cote ruled that the Penguin Group, now a parent company of Author Solutions (ASI), had no case to answer as the complaints by authors against ASI occurred prior to the sale of the company to Pearson/Penguin by Bertram Capital.
Penguin is dismissed as a defendant in this action. The activities at issue here were undertaken by Author Solutions, a subsidiary of Penguin. Plaintiffs concede that they are not attempting to pierce the corporate veil in order to hold Penguin liable for Author Solutions’ actions. Accordingly, under basic corporate law principles, Penguin cannot be held liable for the alleged misconduct of Author Solutions.
I provided a detailed analysis on the original filed law suit last year here and here. In the first part, I looked at ASI and their dominate position in the paid-publishing service world and the way it was handled by some of the publishing media. ASI operate self-publishing imprints AuthorHouse, iUniverse, Trafford Publishing, Xlibris, Palibrio, and Booktango and also partners and powers a number of self-publishing imprints with traditional book publishers like Simon & Schuster (Archway Publishing), Thomas Nelson (WestBow Press), Hay House (Balboa Press), Guideposts (Inspiring Voices) and Writer’s Digest (Abbott Press). In the second part of this article I looked directly at the class action complaint, the allegations made, and its chances of success and the potential implications for self-publishing and both companies in the future.
In that second article I specifically said the following:

…this suit specifically and purposely sets out to carve out a precedence for future suits against publishing service providers, with the added attraction that it includes a major traditional publishing house. […] Significantly, but perhaps understandably, Penguin may be named as a joint defendant, but beyond the introductory notes get little mention in this suit and I suspect their real role will be bankrolling a team of lawyers whatever the outcome. This really is all about ASI and its two primary self-publishing imprints, AuthorHouse and iUniverse.~ TIPM – Class Action Complaint Against Penguin/Author Solutions – Part 2

Well, it doesn’t come as too much of a surprise that the court has dismissed Penguin Group as a named defendant from the law suit. Whatever about their responsibly now to deal with the fallout of this case and the wider perception of the practices of problem child ASI; directly implicating Penguin was always a somewhat tenuous shot in the dark by Giskan Solotaroff Anderson & Stewart, and that also includes the amount of damages the plaintiffs are seeking.
The court has also dismissed some complaints against ASI on the charge of unjust enrichment:
Plaintiffs allege two distinct forms of unjust enrichment by defendants. First, defendants unjustly profited by failing to pay royalties at the rate set forth in the contractual arrangement. Second, in failing to provide services that members of the class purchased without entering into a contract, defendants were unjustly enriched in the amount of the revenue received for those services.
Plaintiffs’ unjust enrichment claim as to unpaid royalties is dismissed. The royalty rate is governed by written contracts, which plaintiffs seek to enforce in their breach-of-contract claim. Accordingly, these royalties cannot be recovered under an unjust enrichment theory.
Plaintiffs’ unjust enrichment claim as to the non-contractual publishing services, however, is adequately pled. Unlike the claim regarding unpaid royalties, plaintiffs allege that there was no written contract setting forth the nature of the services for which they are seeking damages in their unjust enrichment claim.
In short, as the class action now moves into a legal discovery phase and preparations for a pre-trial, I’m wondering if there remains enough meat on the complaints against ASI to really see this trial fully through. ASI could just decide that rather than publicly thrashing out the finer details of all three author’s claims, they may instead further down the road to make some kind of conditional offer to the plaintiffs. The wheels of justice turn slow, and there is no absolute guarantee this case will ultimately go to trial.