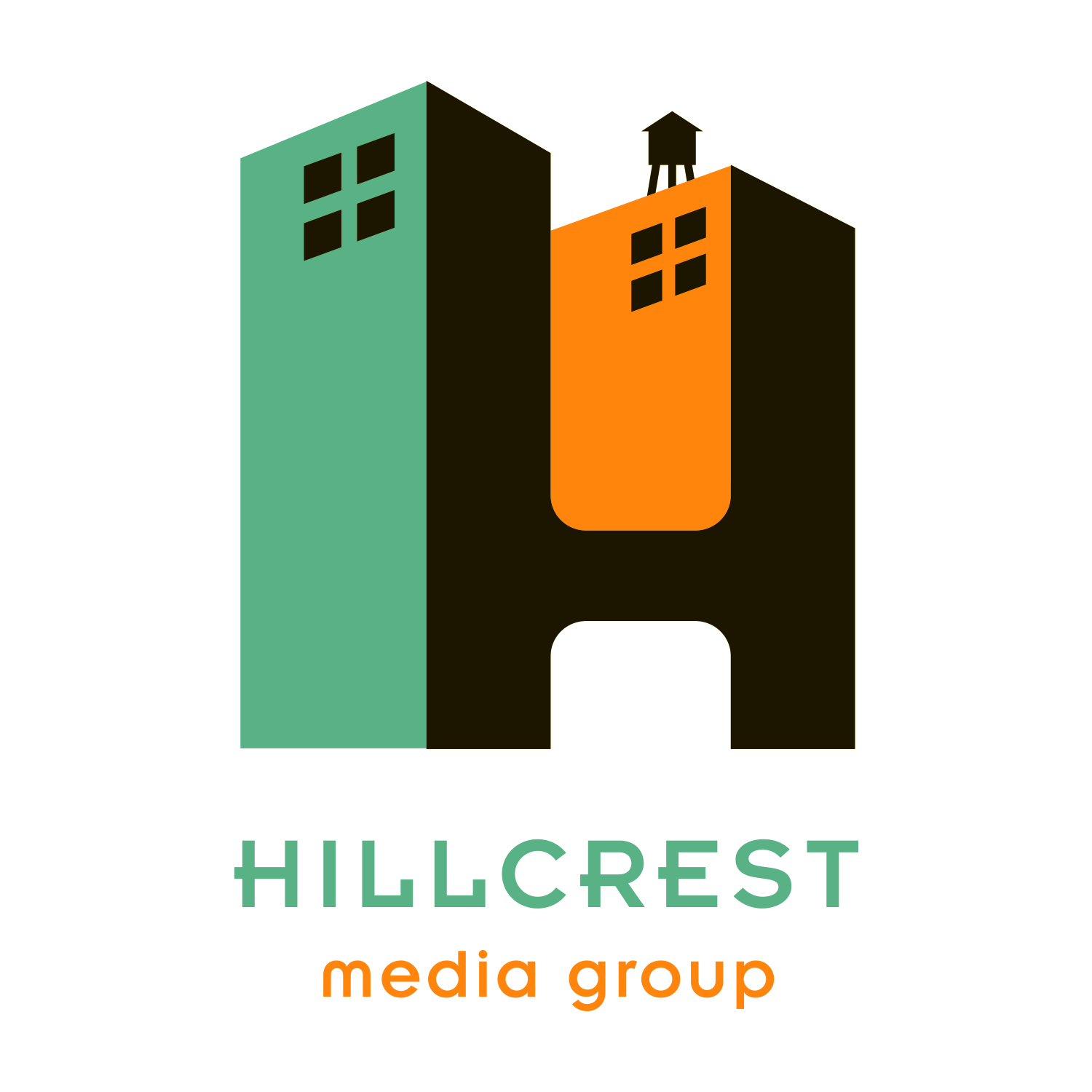 One of the biggest challenges facing publishers in the industry is shifting their role and identity from operating as curators and gatekeepers of literature to being providers of content and technologists. Publishers have pretty much steered the ship on a steady and established path over the past hundred years, but the emergence of digital technology over the past two decades has changed everything for businesses; from product design and production, through workflows and operational processes, to how those products are distributed and sold. Books, just like music, have become a product easily delivered to the content consumer in a non-physical form.
It’s not surprising that technology companies like Google, Apple and Amazon are having such a dominant and lasting influence on the book industry. But isn’t Amazon a retailer? Yes, it is, but it’s also a technology company, and therein is the reason why publishers cosied up to physical retailers over many decades and allowed them to dictate terms of trade. It’s like making friends with the schoolyard bully and entrusting all your vulnerabilities in them—losing your lunch money, taking the odd beating and believing you’re in it together—but also thinking the relationship just might protect you from the smaller bullies. Eventually, someone else arrives on the block a lot stronger and smarter, and with the ability to manipulate all around.

It Takes a Lot to Laugh, It Takes a Train to Cry~ Bob Dylan

If there is one thing we have easily learned over the past few years, it’s that new technology companies have hugely benefited from the inability by publishers to quickly turn large ships when danger is ahead.  Much of the principals established by the published industry were built on the same ideals and beliefs the designers and builders of the Titanic held—let’s build bigger and better and we’ll be unsinkable.
In today’s publishing world, you need two core attributes—the ability to quickly adapt to the changing landscape and, more importantly, have the resources and foresight to reshape that landscape when necessary. Around every corner there’s always a new kid on the block building a technology company from the bottom up, rather than desperately trying to radically alter what already exists.
Hillcrest Media Group, based in Minnesota, USA, describes itself as a ‘technology company that happens to be a book publisher.’ The description is meant to be both flippant and modest—but no more than Google describes itself as just a search engine, or Amazon describes itself as just a retailer.
Founded in 2006 as a small self-publishing company wanting to do things differently by providing authors the same level of design, editing, and distribution that traditional publishers do, the company has vastly developed into four separate publishing divisions with 2,600 authors and 2,800 titles (comprising of traditional and self-publishing imprints) and including a state-of-the-art publishing workflow engine licensed to other publishers, big and small.
While Hillcrest Media Group began as a company offering self-publishing services to authors, its workflow engine began as a necessary answer to business growth in the field and ultimately became the future of its business. Beating at the heart of the publishing workflow engine is its Author Center, an 800 step system designed for publishers to manage and create a tailored backend for production, author interaction during that process, and developing a better customer base. The system caters for every conceivable process and communication required in the publishing cycle.  Hillcrest’s COO, Mark Traynor is the software architect of the system.

It’s designed as the pathway to publishing. The author can enter at various points along the path and our system can recalibrate itself to provide the desired publishing related services.~ Mark Traynor, COO Hillcrest Media

The publishing workflow handles everything from communication, production, marketing, sales and distribution, seamlessly, linking all external partner systems.
This kind of publishing engine is not entirely new to the industry. As far back as 2009, Author Solutions, one of the largest global providers of publishing services to authors, has been licensing and developing partnerships with traditional publishers intent on maximising the boom in self-publishing. Those partnerships have included trade publishers like Thomas Nelson, Hay House, Simon & Schuster, Writers Digest and Harlequin. After a dozen or so of these partnerships, the Pearson publishing group, and owners of Penguin, took the plunge and bought Author Solutions in 2012 to the surprise of many in the industry. Despite Author Solutions poor reputation in the self-publishing community (and an on-going class-action complaint in front of the courts in New York), it was that publishing workflow engine Pearson was really after.
Hillcrest Media Group developed their publishing engine over several years in the self-publishing service field, but only started to develop and consider it as a flexible and licensable option over the past year. There are now four different publishers utilising and benefiting from the Hillcrest Media publishing workflow.
In December of 2013, Hillcrest announced that Jerry Jenkins, best-selling author of The Left Behind series and owner of the Christian Writers Guild, had licensed the publishing workflow engine. Jenkins is an American novelist and biographer best known co-author with Tim LaHaye. Jenkins has written over 150 books, including romance novels, mysteries, and children’s adventures, as well as non-fiction. In 2005, Jenkins and LaHaye ranked 9th in Amazon’s 10th Anniversary Hall of Fame authors ranked according to the largest numbers of books sold in 10 years.

This is a revolutionary product in the publishing industry. This technology has allowed us to launch in a few months. All of the author files, communication and steps are recorded in one spot, freeing us to guide authors through the entire publishing process efficiently while minimizing errors. It’s quite remarkable, and we’re thrilled.~ Jerry Jenkins, Author and Owner of CWG 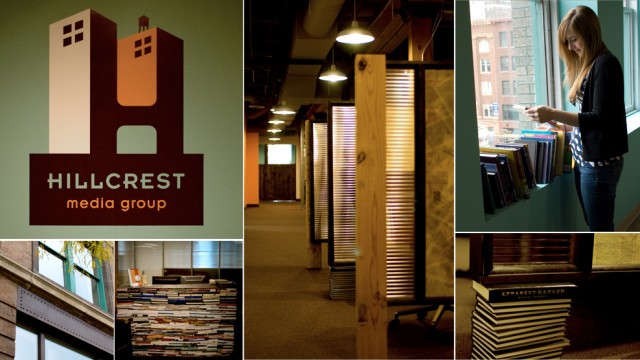 For any self-publisher to grow in scale, they need a back-end system, and there just aren’t many options—and definitely not options as complete as ours. There are some that handle different bits and pieces, like just distribution, but none that put the whole process together like we have. This technology will be in such high demand that we expect the licensing fees to become our largest source of revenue going forward.~ Mark Levine, CEO Hillcrest Media

The workflow system allows all our employees, authors, editors and contractors the ability to log into our secure network and see various versions of a book title, make comments, upload cover designs, speak with distributors, get sales reports, convert data for authors to read, and any other step that goes into self-publishing.  When you only have a small number of authors you can do this manually, but when you grow, that can quickly become inefficient.~ Mark Traynor, COO, Hillcrest Media

Where Hillcrest Media’s publishing engine differs from what Author Solutions has offered the publishing industry is a fully customisable and integrated workflow system for a publishing imprint—not an engine that sits on top of what already exists, and operates externally from the publisher’s business as an adjunct.  Where Author Solutions (ASI) has provided ‘go-faster stripes’ and various subtle reincarnations of their existing self-publishing brands for traditional publishers as a plug-on, Hillcrest Media has created a plug-in solution that fully integrates with what the customer’s needs are and complimenting their already established trade partnerships.
In regards to the future for Hillcrest Media, the company will soon roll out a UK version of their successful USA self-publishing full-service division, and the company is continuing to expand its partnerships with other corporations and sole proprietors, whether printers, distributors, writer organisations or publishers.
Levine concludes on the future of Hillcrest Media:

In terms of our publishing workflow management technology, we’re a great fit for companies that are already in some facet of the publishing business and want to provide self-publishing services as a way to grow and enhance existing business channels. We are able to provide customised white-label solutions to fit the needs of our partner.~ Mark Levine, CEO Hillcrest Media

About Hillcrest Media Group, Inc.
Hillcrest Media Group, Inc., is a technology company focusing on supporting authors and publishers through the publishing, marketing, printing, and distribution of traditionally and self-published print and eBooks. Hillcrest provides services directly to authors through sites such as MillCityPress.net, BookPrinting.com, PublishGreen.com, Published.com, and BookEditors.com. Hillcrest also supports publishing companies by providing eBook conversion via its patent-pending eBook conversion software, and through licensing the Author Center technology platform.