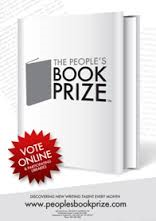 Self-publishing as a valid route to book publication may have shaken off much of its stigma and negative connotations in recent years with more authors achieving success, but not all doors have been unlocked and opened wide. While self-published and indie authors can tap into the same professional gene-pool of editors, designers, translators, printers, distributors and retailers as their established author kin at big publishing houses, no matter how high the quality of book written and produced, if the sign above the door reads ‘No Self-Publishers Allowed’, then you aren’t getting in.
Last year The Alliance of Independent Authors (ALLi) launched Open Up To Indie Authors—an ongoing campaign to encourage and aid literary events, festivals, prizes, reviewers, booksellers and other interested parties to find ways to include self-publishing authors in their programs, events, listings and reviews. The campaign, and petition, has already had some success, and as a Watchdog Adviser for ALLi, I’m particularly strong in the opinion that all organisations operating prizes and awards admit and consider self-published books. Democracy is a wonderful thing so long as it is not selective.
I’ve long believed that self-published books—the very best on offer—deserve the widest audience and readership and should stand alongside any book produced and published by established, traditionally published books, whether through review, bookshop space or consideration for any literary award. So it was with disappointment when ALLi member and author Alison Morton alerted me to another such award, The People’s Book Prize, based in the UK, and aimed specifically at ‘finding, supporting & promoting new and undiscovered works.’ Alison was considering entering her book for the awards. Great, but a look at the submission and entry guidelines quickly reveals the following:

Books must be entered by publishers, not individuals. Self-published books are not eligible. ~ The People’s Book Prize

I want to emphasise that there are many major and minor awards the world over with similar stipulations and limitations on entry for self-published books, but this one particularly irked me because of its focus on new and undiscovered authors. It’s actually a promotional line used by many publishing service-driven companies to attract new authors who may have a limited experience of the publishing industry and exactly how it really works. I do have some sympathies with administrators and organisers of literary awards when it comes to what books deserve to be entered. No award wants to be inundated with submissions directly from authors and publishers alike unsuitable or of poor quality. I don’t share the same sympathy with the organiser of The People’s Book Prize—Tatiana Wilson—because the focus of the book prize seems completely out of touch with the authors and books it claims to offer opportunity and attention for.

My disappointment was further compounded when I began to look at the list of publishers (ahem) involved over the five years this prize has existed. Certainly there are many major publishers from the UK (HarperCollins, Bloomsbury etc). However, it also includes quite a number of what I would describe as paid-publishing services, printers, co-operative author bodies and micro publishers (some with only a single book or two published over the years).
A.H. Stockwell (a printer offering publishing services)
Matador (the self-publishing wing of Troubador Publishing)
Honno (a Welch author publishing co-op)
Austin MacAuley ( an independent and author subsidy company)
John Hunt (a publisher with co-op author imprints)
New Generation Publishing (paid-publishing services)
FastPrint (a printer offering self-publishing services)
Janus Publishing (a publisher and subsidy publisher)
Olympia Publishers (an independent and author subsidy company)
Delancy Press (a publisher owned by the organisers)
PS Avalon (a company offering publishing services for authors)
I could continue this list but I think I’ve made my point. The real problem I have is that the organisers of The People’s Book Prize don’t quite grasp what self-publishing is—its many facets—or they are playing silly buggers! Either you allow self-published books or you don’t. The fact of the matter is that many entrepreneurial self-published authors, because of their professionalism and business approach, produce the best of what self-publishing has to offer, so why tailor the rules of an award to specifically bar those authors from entering their books! The irony is that if you self-publish a book with an author service, and you are not the registered publisher of origin, then you can qualify for entry if your publishing service provider enters the book, but you’re barred if you are both author and publisher and own the isbn as part of your imprint. It goes against every philosophy I try to advise authors when authors consider self-publishing. An author could in theory write the best book ever, contract the best editors and designers, but would not be eligible for The People’s Book Prize.
There’s a crazy dynamic going on here. Like much of the established industry, I suspect it’s fuelled out of ignorance of self-published books, and how perceived volume and poor quality will dilute what already exists. That’s simply not the case.
For a long time I’ve believed that the industry as a whole feared the impact of self-publishing and the way democratisation would challenge the established industry place for traditional publishing. I don’t believe that now. There’s simply too much evidence to suggest the industry is happy to stick it’s tongue into the Self-Publishing Honeypot when it suits and play the game as long as other players adhere to its outdated rules.
The People’s Book Prize has a great deal going for it, but it needs to be more open with sponsorship and just what it wants to celebrate. You simply can’t celebrate new and undiscovered authors without acknowledging the empowerment self-publishing has delivered to readers.
What The People’s Book Prize needs to understand is that all authors are people and that self-publishing is not some sideline, dysfunctional group.

Mick Rooney – Publishing Consultant
If you found this review or article helpful, but you’re still looking for a suitable self-publishing provider to fit your needs as an author, then I’m sure I can help. As a publishing consultant and editor of this magazine, I’ve reviewed and examined in detail more than 150 providers throughout the world like the one above. As a self-published and traditionally published author of nine books, I understand your needs on the path to publication and beyond. So, before you spend hundreds or thousands, and a great deal of your time, why not book one of my personally tailored and affordable consultation sessions today? Click here for more details.
If you would like to leave a comment on an article older than one week, please use the Blogger comment facility rather than the Facebook comment app as we do not monitor FB comments as regularly.