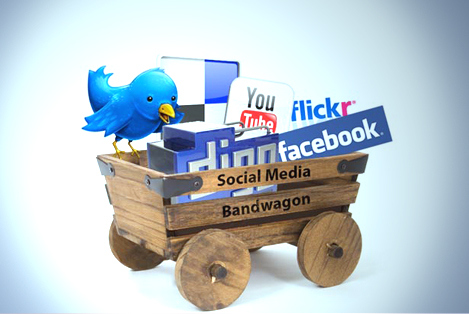 The publishing industry is a tough business all around, particularly for writers. The best way to get published is to always, always be aware of the trends, influencers and happenings within the major publishing world, and social media makes that easier than ever.
Here’s a selection of publishing industry insiders you need to be following on social media if you want to stay in the loop.
Jeff Bezos
The founder of Amazon sees the publishing world in a way few others do, and has a unique vision for the future of the industry. His insights are treated as gold in the publishing world, but Bezos doesn’t make it easy to “follow” him as his Twitter’s locked and his Facebook is sterile. The best way to keep up with what Bezos is saying is to follow industry blogs or set up a news alert with a service like Google Alerts.
David Mamet
David Mamet is a multiple-award winning writer and playwright who’s one of the biggest authors ever to go it alone with self-publishing. If you’re considering looking outside the “Big 6” publishing houses and need to find out more about the trials and tribulations of self-publishing, Mamet is your man. He’s most active on Facebook, but has a decent Twitter following, too.
Peter Wiley
Wiley is the current head of Wiley and Sons, an academic publishing juggernaut responsible for all the “For Dummies” books. Following the business itself on Facebook and Twitter is the best way to get insights into the mood of the academic industry and occasionally hear a few words from employees, too. (Twitter and Facebook)
George R.R. Martin
Few authors (save J.K. Rowling and Stephanie Meyer) have been able to drum up quite the hype Martin has been able to accumulate. His “Song of Ice and Fire” series is setting records left and right and Martin makes a concerted effort to communicate with his fans regularly using several social media channels. His social presence is a lesson in how publishing will work in the future. (Website, Blog)
Matt Mullenweg
You’ve probably never heard his name before unless you’re relatively tech-inclined, but Mullenweg is the founder of WordPress and has over 60,000 Twitterfollowers. He’s not “in publishing” in the traditional sense, but he’s leading the way when it comes to new media publishing and it’s certainly worth going along for the ride.
Michael Hyatt
Author of several best-selling books and an avid blogger, Hyatt has his finger on the pulse of big-world publishing. He’s motivational in nature, but he’s got a really active social following. Best of all, he’s great about answering questions posed to him by his followers, particularly about the publishing industry. (Facebook)
There are hundreds if not thousands of publishers, companies, and bloggers to keep up with if you really want to be inside the world of publishing. With the definition of publishing expanding a little every day, it’s important to choose a wide range of industry influencers to listen to closely.
Please feel free to add your favourite publishing industry insiders in the comment section below this post.
Ryan Currie is a product manager at BizShark.com, with 5 years experience in online marketing and product development.  In addition to web related businesses, he also enjoys the latest news and information on emerging technologies and open source projects.
The Independent Publishing Magazine | TIPM Media
Sharing
Authors