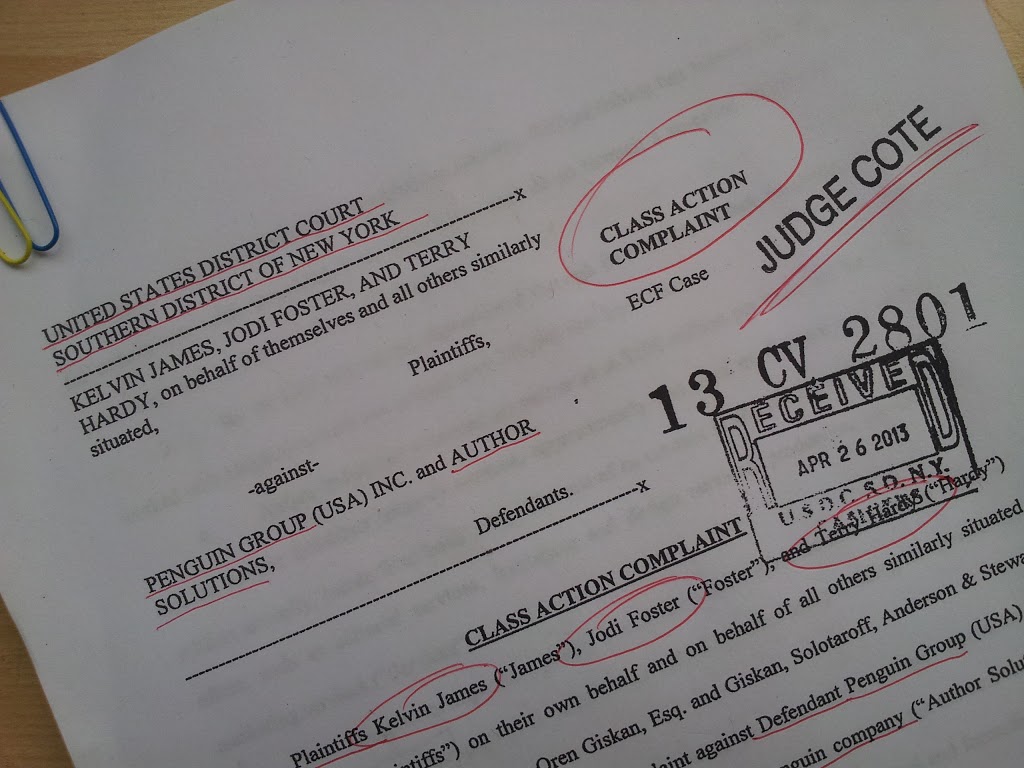 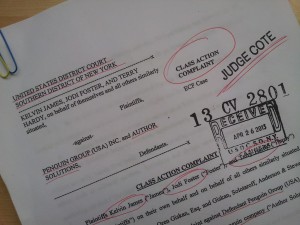 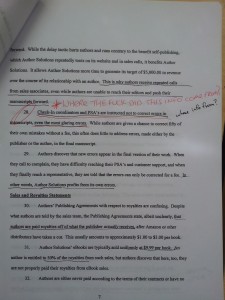 “28. Check-in coordinators and PSA’s are instructed not to correct errors in manuscripts, even the most glaring errors.”

[page 7]
Again, none of these claims are backed up or substantiated in the document with references to how or why the allegation was made.
The document goes on to outline misrepresentations by ASI in its contract and anomalies authors have experienced in receiving royalties and what appears on royalty statements. Point 35 on page 8 alone makes anyone wonder just how many authors ASI could have onboard if the below statement is taken at face value. 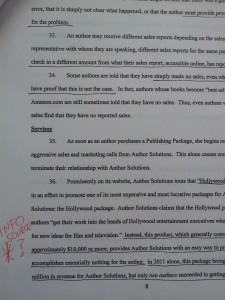 “35. As soon as the author purchases a Publishing Package, she begins receiving aggressive sales and marketing calls from Author Solutions. This alone causes some authors to terminate their relationship with Author Solutions.”

[page 8]
I can certainly believe this and it is borne out by what I have heard from many authors I have spoken with during consultations. These authors disclose that while they did investigate an ASI imprint and had initial ‘relations’ with them, they were quickly turned off by continuous emails and phone calls in a push by the company to offer discounts to get a contract signature.
The document goes on to underline the ineffectiveness of ASI’s editing and marketing packages, stating that ‘authors discover that their final book contains errors that either already had been or should have been corrected’ and marketing packages authors receive as ‘nothing more than a handful of contacts for a bookstore, or a press kit with typographical errors that market Author Solutions more than the author’s book.’
The document then begins to outline the allegations made by each of the three authors, beginning with Kelvin James. James purchased his first package in April 2009 and had to request iUniverse send him a contract. The author was assigned numerous personal assistants and ‘[T]his caused unnecessary delays.’ But what is bizarre is that the very next line of the document states that the book was published in June 2009, two months later! It’s detail like this that can really blow a plaintiff’s allegations and legal arguments. How much quicker did James expect his book to be published? James’ book was full of formatting errors which were not in the final delivered manuscript. When James expressed his displeasure at these errors, he was informed that he would have to pay for any amendments. He chose to leave his book at it was. The following summer, with some reassurance from iUniverse, James decided to publish a second book with iUniverse (don’t ask!) since ‘he was unaware of any other self-publishing options’ and also decided to include an evaluation service. James ultimately felt that the evaluation service was nothing more than a tool for iUniverse to up-sell him more ASI services. Further delays ensued and James suspected that this was down to his reluctance to purchase any further iUniverse services. His second book was finally published in April 2011. It was also filled with errors not in the original manuscript. James also began to experience difficulties getting royalty payments from iUniverse for his first book despite knowing he had had sales. He terminated his contract with the company in March 2012. 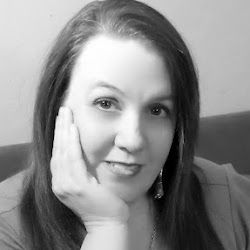 Jodi Foster has already recounted her experience publicly with iUniverse on Emily Suess’s blog in 2012. According to page 13 of the Class Action Complaint document: 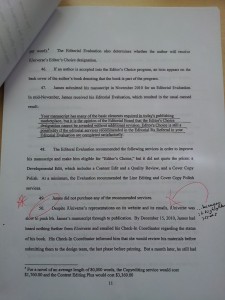 “Foster researched self-publishing her book with either Xlibris or iUniverse.”