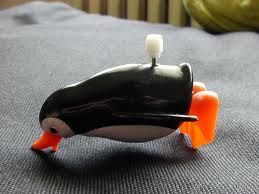 If you blinked yesterday then you might have missed some very significant publishing news. It is strange how one of last year’s biggest stories in the industry just sort of, well… slipped off the radar. And it’s not because Penguin hasn’t been banging its drum with announcements already this year. In the past few weeks alone we have heard from Penguin about the revamp of its self-publishing imprint, Book Country, with a little help from their IT friends at ASI (Author Solutions), and last week saw the announcement of a new family arrival in the shape of Partridge Publishing (another digital self-publishing imprint service) from the Penguin Indiahousehold.
Last year Random House and Penguin announced both companies would merge to create a new publishing giant with an estimated 30% control of the consumer book market. Dennis Johnson of Melville House, a US independent publisher with its book catalogue distributed through Random House, has a lucid and thought-provoking analysis of the US Department of Justice’s decision yesterday to approve the mammoth merger. And Johnson rightly points out that the cursory coverage of the news was, at best, ‘perfunctory’ in The New York Times and Wall Street Journal. But his real razor-sharp analysis comes with this comment:

“Okay, so for whatever reason there’s no real analysis of the impact of this on the consumer marketplace. What about the fact that such market control would seem to fly in the face of anti-monopoly laws? What about consideration of the fact that, in a business that’s supposed to be about a diversity of voices, there’s now one very significant voice less?”

… and while Johnson admits he was initially positive about the benefits of a Random House and Penguin merger, he reveals a little further on in his piece for MobyLives…

“Until a book industry insider pointed out to me that I was an idiot. Random House will control 53 percent of the new company, he observed. “And what’s the first thing that’s going to happen?” he asked me when the news was first announced and I had offered up my theory. “Random House is going to tell Penguin to settle the case with the DOJ, that’s what,” he said.”The merger is nothing but good news for Amazon”… Which is exactly what happened.”

In fact the agreed merger had its far share of sceptics after the announcement last year. The feeling was that having one dominant publisher in the consumer book market with a 30% stake (Johnson speculates that it could be as much as 50% in the genre of literary fiction) would squeeze out the smaller independent publishers trying to shoulder in on shelf space in an ever-decreasing pool. The benefits of having one publishing superpower primed to take on Amazon didn’t appear to outweigh the negatives of market monopoly, lack of diversity and one less player in the fight. Mergers like this one are a little like making friends with the school bully. It’s great if you’re one of the chosen posse, but hell if you’re on the outside looking in. There’s less places to hide and the blows seem so much heavier to take. So much so that some of those sceptics from last year believed the Random Penguin merger might not get the approval of the US Department of Justice, that the DOJ’s deliberations would be protracted and even lead to more extensive investigations into the industry. In my mind, certainly last November, there was never any chance of this deal not being approved by the DOJ.

“The Penguin Random House merger will provide the largest trade book publisher in the industry in 2013, subject to regulatory clearance, though; some industry analysts suggest this is not a foregone conclusion. Nothing in publishing is a foregone conclusion, and while the industry at times considers itself a special needs case—as if the digital world had never touched another industry—and every trade, rights and pricing ill should deserve of its own judicial intervention; I suspect Bertelsmann will move heaven and earth to have this deal approved. If that means the German media group has to dump assets to take off and fly—then so be it, as it is in heaven and on earth.”

I also cited the views of Philip Jones from The Bookseller in that November piece. Jones nailed it succinctly:

“As many have pointed out, blocking a deal that gives Penguin Random House a quarter of consumer book sales makes little sense in a world where Amazon is at 40% of print and digital, and 90% of digital alone.”

We already have monopolies in publishing—big publishers over small independent publishers and Amazon over just about every other retailer. Why on earth would the DOJ have blocked this one? Bertelsmann hardly broke sweat over the past few months and in December Penguin sent an early Christmas gift to the DOJ by agreeing a settlement in the ebook pricing lawsuit taken against it. Nothing like getting all your ducks (ahem, penguins) lined up in a row before a merger. The only real surprise in the DOJ’s approval of the Random House Penguin merger was that it granted it ‘without conditions’ and the speed at which the investigation and decision was reached. A decision on approval of the merger had not been expected from the DOJ until late spring. Approval from the DOJ was considered by some to be the biggest stumbling block to the merger. The merger is also under review by the European Commission, the Canadian Competition Bureau and various other antitrust authorities in the United Kingdom, Australia and South Africa, but many will take their lead from the DOJ. It remains possible that the European Commission and UK antitrust bodies may also approve the merger, but with conditions.