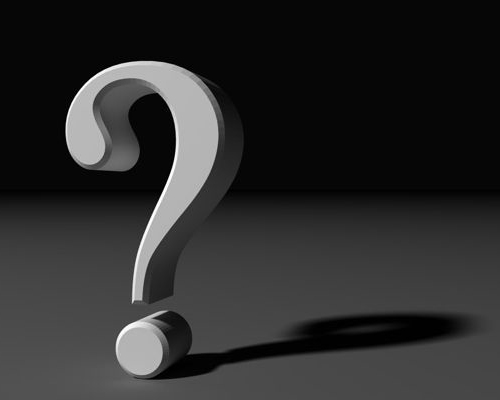 During the last few months of 2012, there has been a great deal of discussion among authors, as well as the wider publishing media, about the role of self-publishing within the mainstream industry. While some have reported the successes of self-published authors like Colleen Hoover, Bella Andre, and Samantha Young during 2012—and the moves by some large publishing houses to develop self-publishing imprints—as a positive sign that old stigmas have fallen by the wayside (that not all self-published titles are poorly written hogwash; that an author should never pay any third-party to be published; that the industry should hold dear to the rigid philosophy of money always flowing to the author; that the self-publishing boom is grossly skewed by e-publishing), much of the deeper analysis has been anything but positive.

The perennial arguments as to why self-publishing is bad for mainstream publishing have always centred around some basic points; the fact that modern self-publishing brings with it a dearth of poorly written and produced books rushed to publication through a growing channel of providers focused on speed and ease to market; and that most of the books published by authors are bereft of the sacred touch of professional curators and gatekeepers. While some of this this might be a broad generalisation—despite recent years heralding the arrival of the savvy independent authors armed with professional support and marketing nous—the negative view is still the overriding perception within the industry.
You could be forgiven for believing that the loudest voices of any deep analysis emanates from the mainstream industry’s hierarchy—CEO’s of publishers and book retailers. Yet, the strongest and loudest critics of where self-publishing is taking its place in the greater industry today comes from advocates of self-publishing itself. Perplexed? Well, there are crucial reasons which might help to explain this.

“Supermarkets tell publishers what price to sell at, how many copies to print, what to put on the cover, what to call books and even what to put inside them.”

There is an honest endeavour to challenge publishers as to how they value creativity and treat authors well, but that endeavour is also underlined by a deep naivety at times—the same naivety leading many authors into publishing service solutions like ASI—the very path ALLi might rail against. There is no doubt ASI is selling overpriced services to authors and ALLi only want to offer Partner Membership to approved solutions services (individuals or companies) operating ethically and with bespoke services. But the above quote doesn’t do anyone any good, because it also presents a much polarised view of traditional publishers as anti-author and controlled by soulless marketers. Certainly, publishers have allowed themselves to be a slave to large supermarket and bookstore chains on pricing and discounting with wholesalers and distributors, but the real killer for years in the industry is large consignment deals and returns. To suggest publishers are so in the pocket of retailers that they are dictated to on cover design, title and content is somewhat absurd. Publishers may be far too conscious of marketing trends and editors can be too keen to adopt winning formulas with the book buying public, but stretching an initially valid argument to an extreme is somewhat pointless. The ALLi piece continues:

“It may be an exaggeration to say, as Michael Levin’s recent HuffPo article claimed, that publishers hate authors but it is certainly true that publishing executives and editors do not view writers as equal partners in the publishing process.”

The truth is that publishers never viewed, nor pretended that the writer/publisher relationship was or is equal.

“Why, for example, is the writer of the book the very last person the marketing team would allow at their table when deciding how to reach readers?”

While there might be a valid reason for authors to be more involved in the marketing push of a book, the reality is that publishers sell books to book retailers—not readers or authors! Again, the sentiments of the ALLI piece are admirable, but inherently flawed. Right now, the industry’s immediate task is to wrestle back the control ceded to retailers and deal with the challenges of digitisation and new players in the field, not clean up the ethical issues rampant within the self-publishing world so as to provide a shiny new image for it now that old stigmas and prejudices are falling away. The onus remains with self-publishing providers to rise to the challenge and be a part of the publishing industry.
There is also an interesting comment by David Thornhill-Thompson under the ALLi piece, and I think it demonstrates the skewed view we can sometimes have of traditional publishers.

The comment draws on the same them-and-us emotive charge within the core of the ALLi piece. He seems to view ‘prestige’ publishers as holding a divine x-factor touch on titles published. I don’t think any marketing executive or their sales staff would suggest they are empowered with any Midas touch to create a bestseller, and for every single bestseller, publishers have countless bummers.
But here is my biggest beef with the ALLi article and with many articles now emanating from the self-publishing community. It attempts to align itself to a very specific type of self-publishing—that of true self-publishing, where the author sets up his/her own imprint and contracts individual services as needed on a bespoke basis, dealing with one or two individuals or companies, or a multiple of editors, designers, printers, e-book specialist and distributors. That might suit someone with sound business acumen and the will and time to turn their writing ventures into a full or part-time publishing business, but the reality is the vast majority of authors want to write and not become small publishing presses. If any expert or analyst of the self-publishing arena takes this view, then they are immediately disenfranchising a great many writers and adopting a very narrow view of what self-publishing represents today. Aspiring and seasoned authors—put off by the constraints of the mainstream publishing industry—consistently tell me, day in-day out, that they don’t want to become publishers, they want to be authors, and if they are willing to pay for publishing services, they want them in one place and with one provider. Writers inherently want to write, and they begin with that aspiration, whether they self-publish, secure a literary agent or a traditional publisher.
Much of the ALLi article by Orna Ross was fuelled by the decision by Simon & Schuster to go into partnership with ASI to launch its self-publishing imprint. Like many other articles written on the subject, it focuses on the poor reputation ASI has in the self-publishing community because of its ‘exorbitant and problematic service provision,’ but does little to examine why mainstream publishers continue to enter partnerships with this self-publishing goliath. I’m not going to re-explore the reasons for this here because I have already covered it extensively in other articles. Suffice to say that there are few other publishing providers as large and with such a developed publishing engine—built specifically to fit the needs of global B2B full publishing services—which could suit the needs of a large mainstream publisher, or without the publisher investing and developing something in-house. I can only think of Amazon or Smashwords, maybe even Kobo, that could even come close to what is required. I guess, ultimately it is also about how you use that engine once you have the keys.
Interestingly, Mark Coker of Smashwords, offered a more constructive view in this debate, recently describing Simon & Schuster’s partnership with ASI as a ‘missed opportunity’ by a publisher. Indeed, Coker, as always, is on the button. We need to move beyond silly polarisations in the industry and start to look to how self-publishing should be used.