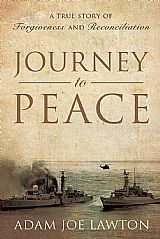 Book cover design is something we regularly discuss on The Independent Publishing Magazine, and along with a lack of professional editing, they are two fundamental areas where self-published authors often fall short. I’ve always insisted that authors should never approach self-publishing as the poor man’s take on traditional publishing. If you do fail to invest in professional editing and design, then you risk severely limiting the chances your book has for success.
Matador is one of leading UK self-publishing service providers and the company has been a top 5 mainstay in TIPM’s Publishing Index for past few years. In short, Matador actually try to do what many other publishing providers claim to do, but don’t – provide proper distribution and sell books! Matador has launched an online survey to find their best cover of 2012. You can take a look at the best of their book covers and vote for your favourite. The author of the book voted best cover 2012 will receive a book token, but the real winners of the survey will be Arthritis Research UK who will receive a donation from Matador as soon as the voting reaches one hundred. 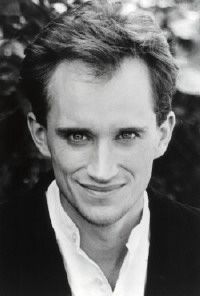 Thanks to Harry Bingham of The Writers’ Workshop for bringing the survey to my attention. Harry has also blogged some very wise words about cover design and professionalism in self-publishing this week and it is well worth a read. Here is just a snippet from his piece.
“One of our long-standing gripes with self-pub has been that most self-pub covers look like self-pub covers. They have tended to look more visibly amateurish than the things you find in bookshops – and if you’re selling a product that has a vastly smaller marketing budget / distribution network / name recognition / media support, why on earth do people add this extra encumbrance to success?
But of course the issue there isn’t that people choose to publish themselves – we’ve always been keen on the freedom that offers – it’s that too many people choose to publish badly. And nothing, but nothing, about self-pub needs to be anything other than immaculately professional.
That means (A) proper editorial work, (B) proper copy-editing, and (C) proper production values, with cover design the most prominent part of that.”

Matador are delighted to announce that Journey to Peace by Adam Joe Lawton has won their 2012 cover design competition – a competition set up to showcase the best Matador-designed book covers from 2012 while supporting the valuable work done by Arthritis Research UK.

Journey to Peace stormed to victory in the competition, taking over 40% of all votes cast. In second place was Steve Millward’s Changing Times, followed closely by Roses Under the Miombo Trees by Amanda Parkyn.

The competition raised over £300 for Arthritis Research UK, as Matador donated money to the charity as part of the competition. ‘It’s a charity close to our heart as a member of staff has been diagnosed with Psoriatic Arthritis and Ankylosing Spondylitis,’ observes Matador Managing Director, Jeremy Thompson. ‘We’re thrilled that so many people voted in our online competition and helped raised the profile of self-published books as well as some money for a fantastic charity.’

Terry Compton, Matador’s head of production, who oversaw the design of the winning cover, comments: ‘We place a huge amount of importance on cover design at Matador and I think that the variety and quality of the designs shortlisted for the competition shows that.’