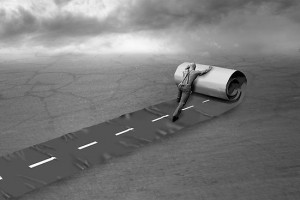 I’ve been busy this week working on a video presentation for my consulting services provided through TIPM Media. I was working on a dialogue piece for insertion into the video about the shifting sands in self-publishing and where the road ahead now points for authors in 2013. It wasn’t too long ago authors were faced with two distinct paths—go down the traditional route through agents and publishers or forge ahead as an independent author through self-publishing. I think we are seeing a definite shift when authors look to the world of publishing for the first time. With the explosion and perceived ease of self-publishing, it’s no longer a case of the traditional highway or no highway at all. Self-publishing as an option for authors and self-published books are gaining much more attention in the media today, and not just the publishing industry media—mainstream media channels, too.
I’m less convinced all or even some of the critical stigmas attached to self-publishing have disappeared. The ease and immediacy of self-publishing—particularly with online e-book service providers—has, if anything, sometimes exacerbated the stigmas that self-published books are poorly designed and unedited manuscripts born several drafts ahead of their time. In recent years, the self-publishing community has had a habit of believing its own hype—that the growth of the savvy, independent author, full of professionalism, market knowhow and great sales figures, has transformed the greater view of self-publishing. That’s a bit like Boeing believing the tightening of a few nuts and bolts and a body-buff is going to transform the confidence airline clients have in its new 787 Dreamliner.
There is a tendency within the self-publishing community to believe that everything done to improve the standards and professionalism of self-published authors and their books improves the publishing industry as a whole, when in reality, the opposite is actually the case. The expansion and entry of large book retailers and distributors into the online market, combined with new print technology, is what has democratised the book industry, and as a result, reinvigorated and reinvented the option of self-publishing. Without it, every self-publishing service provider would still be lumbered under the weight of the vanity label, and thousands of authors would still be fretting every evening about how they were going to shift boxes and pallets of books taking space up in their garages.
Of course, what’s good for the goose is good for the gander. Traditional publishers still have a lot to learn from astute self-publishing providers and self-published authors. If the self-publishing community has taught the traditional industry anything over the past ten years, it’s that you can’t sit on your laurels for a few hundred years using the same basic model of business, treat authors to the same exclusive terms and poor share of profit as you always did, and still expect them to hold you in the same reverence as their literary predecessors.
The biggest challenge for the whole industry is now book discoverability and engaging the reading public directly on digital and community platforms, and less of a dependence on traditional marketing. This is where the democratisation of the industry has levelled the playing field for self-published authors. Now, legacy, whether for publishers or authors, doesn’t guarantee success or even survival. Brought up in an age of multimedia and continual distraction, for young authors and readers of today, legacy may not count for anything much at all. They want new and different things, but above all, they want it now, not tomorrow, or when publishers get their shit together.
So, back to where authors are today in 2013 and those shifting sands. Yesterday, I made a couple of pages of notes for this article when I took a break away from my video project I spoke about the start of this piece. Freelance editor Sarah Kolb-Williams must have been looking over my shoulder. I met her very briefly at the Coffee & Bookslaunch earlier this month in Minneapolis. Sometimes you decide to pull together ideas for an article in black and white, and then discover someone else has presented the same stream of ideas in an article perfectly well, if not better than you could ever have done. In her article, Indie Publishing Divides and Conquers in 2013, Sarah brilliantly and concisely presents where authors are at the beginning of 2013. It’s no longer a case of traditional publishing or self-publishing in the eyes of many authors. It is about how do I best self-publish and what is the right option for me as an author?
Sarah underlines the myriad of choices available to authors today, but that there is also a distinct divide developing in the self-publishing community about self-publishing services packaged together under a one-stop-shop, against the more purist approach to self-publishing as an entrepreneurial business model. Both are entirely valid depending on the wishes of the author and the quality of services offered. I’ve spoken here and elsewhere about this growing divide in the self-publishing community, particularly those biased arguments driven by so-called publishing experts, and it is something that concerns me—as if one approach is right and the other is wrong. More on this throughout 2013, but for now, I’ll leave you in the capable hands of Sarah Kolb-Williams and ask:
Has Self-Publishing Stopped Being The Road Less Travelled?
“The question used to be: publish independently, or pursue traditional publishing?—but that question is so last year.
In 2013, the new question is: work with a self-publishing company, or choose your own adventure?
From a-la-carte publishing to complete packages (including everything from distribution to author websites), there’s a variety of models out there, and what it really means to publish independently is difficult to nail down.
But I see indie authors generally trending toward one end of the spectrum or the other, and I’d like to look closer at each extreme.”


READ THE REST OF SARAH’S ARTICLE