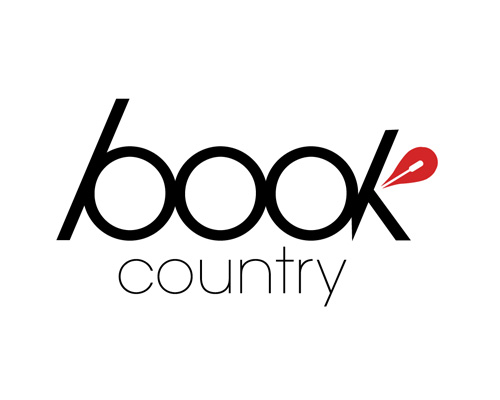 When Pearson bought ASI (Author Solutions), the self-publishing goliath and owner of multiple self-publishing imprints like AuthorHouse, iUniverse, Xlibris and Trafford, we had the usual gnashing of teeth and countless toys tossed from cots—none more so than from the self-publishing community. Savvy authors don’t like to see their fellow brethren, however naïve, fork out money on expensive, overpriced publishing packages with more marketing puff and promised dreams than reality and commonsense, and rightly so. ASI has long been accused by the self-publishing community of strong-handed and deceptive marketing to naïve authors. While ASI may be presented as the self-publishing provider everyone wants to hate, it hasn’t stopped them selling publishing packages to thousands of authors every year and entering partnerships with many traditional publishing houses, including Thomas Nelson, and more recently, Simon & Schuster. There was a hope that the acquisition by Pearson and the nestling of ASI alongside Penguinwould amount to more than just another move by the publishing establishment to generate new revenue from the explosion in self-publishing. Perhaps Pearson could improve ASI’s practices and customer service, and maybe even put some manners on the unruly beast.
What many in the self-publishing community and the industry as a whole either conveniently ignored or glossed over was the real benefit Pearson and Penguin gained when former ASI’s owners, Bertram Capital, trousered $116 million and headed off into the sunset. Back in July 2012, on the day the deal was formally announced, I noted the following:

“Everyone directly connected with this decision will be happy. Bertram Capital has shifted a marque they needed to and trousered $116 million, ASI CEO, Kevin Weiss, makes the board of Penguin Group, and Penguin gets the keys to the ASI engine room and the resource of 1600 employees. That will help nicely with digitizing a lot more of the Penguin back catalogue, provide a further financial revenue stream, and who knows, maybe provide a very few new authors to the mothership which hitherto went under the radar of Penguin.”

Traditional publishers might put much PR stock in the claims that buying a self-publishing provider or developing a self-publishing imprint makes good sense for one and all; acknowledges self-publishing as a legitimate part of the industry; provides an alternative selection process to the dreaded slush pile based on sales and success; creates a much-needed additional revenue stream for publishers; and fosters new writing communities; but the real benefit here for Pearson, and in particular Penguin, was cracking open the hood and taking a very close look at ASI’s engine. While I’m sure many perspective buyers baulked at Bertram Capital’s valuation of ASI, and over several months of 2012 had a few tyre kickers come knocking on its door, Penguin may well have laid its hands on the jewel in the crown when Pearson adopted the problem child of the self-publishing world.
Book Country, originally launched in late 2011, is Penguin’s in-house self-publishing imprint and writing community. On the surface, after its launch, it proved to be an admirable but poor attempt to be a good self-publishing imprint—like an average-looking property on the outside, once inside, the cracks and bugs pretty quickly made you realise the cost was too high and the workmanship was pretty lame. Penguin then put Book Country on snooze during the summer of 2012 when Pearson adopted problem child and moved it over to the Penguin household. Rumours quickly circulated that Book Country was ‘not at all well,’ and by winter, speculation was rife that problem child had killed Book Country and was busy choosing a new colour scheme for its bedroom and putting new posters up on the walls.
Yesterday, Book Country relaunched its services and website in the first stage of a number of changes and improvements. Significantly, it has dropped its POD (print-on-demand) service and will now be a digital-only imprint. Clearly Penguin has taken a close look at the competition, including ASI’s Booktango, and feels the days of self-publishing providers as paper-centric operations are numbered. I’ve been arguing this reality for the past year. I don’t think POD is going to disappear for publishing service providers by any means, but instead, augment the digital option. Book Country has also introduced a free publishing option (less 15% net sales—nothing is really free!) and reduced the cost of several other e-book packages, on average, by about 25% on the old prices. Packages will now shift in cost from free (limited time period), $59, $149, $249 and $399. Royalties are set at 85% (100% for $399 Prospect package). Royalties have been increased, up from 70% in 2012. Each package level will add on different features (image insertion, a formatting and correction service, and marketing copy polish) but all provide manuscript upload (Word only docs) and DIY publishing and formatting tools, ISBN assignment (registered to Book Country), online retail sales distribution across the major e-retailers (Amazon, Apple, Barnes & Noble, Kobo, Google, Scribd and Sony), as well as access to the Author Learning Center (wasn’t that an ASI option?!). Come to think of it, Book Country also supply the author with a free download (didn’t the author pay for that with the package fee) of their book using BookStub(didn’t ASI develop and trademark this?!).
Okay, let’s call it as it is.
Book Country, you’ve been Book-Tango’d! This new Book Country bears a remarkable similarity to ASI’s Booktango e-book platform, but that might not be the worst thing ever to grace the self-publishing arena. Now, I can already hear the zombie-apocalyptic, self-publishing do-gooders pushing up the earth, rattling their chains and baying for blood and that I be sacrificed on a granite stone in the woods at midnight for the good of all that is self-published. But, actually, Booktango is one of the better creations ASI cast into the world. Book Country still offer expensive services you could get cheaper with a freelance professional—like a $99 copyright service for your book you don’t actually need, and even if you wanted it directly from the copyright office, you’d pay $35; or proofreading at a rate you could get a full copyedit for, but this Book Country is now an average digital self-publishing imprint trying to be a good one.
It remains to be seen whether Book Country Community Manager Colleen Lindsay can forge a proper identity for Book Country as a self-publishing imprint and writing community. With under 6000 registered community members last year, Book Country managed to convince less than one in seven writers to publish with the imprint. Lindsay spoke to Calvin Reid of Publishers Weekly this week:

I’d say that ASI technology team have been quite busy since last summer at Penguin and their insight taught Book Country just how far it was lagging behind the competition. Time will tell if Book Country can fully utilize the power of the ASI engine, create its own mark in self-publishing, or just become a new incarnation of problem child dressed up in new clothes.