The status of Vantage Press, the US-based self-publishing service and owner of two small traditional publishing imprints, remains under question today following a series of correspondence to TIPM from Vantage Press authors. Several authors (that I am aware of) have been reporting continued non-replies and delays in due royalty payments since late October of this year. I have asked these authors to check the terms of their contracts and ensure that they are actually due royalties.
The authors I’ve heard from are clearly, deeply upset, angry and confused as to what is going on at Vantage Press, and understandably, following continued non-communication from the company by phone and email, have begun to record complaints with their legal authorities, online watchdogs and organisations like BBB, Ripoff Report and Work From Home Watchdog. I want to make several points about what I know and address some of the misinformation I’ve seen online.
Firstly, Vantage Press was one of the co-sponsors of SPBE2012 (Self-Publishing Book Expo), held in Manhattan, NY during October and representatives of the company were there. I believe David Lamb, the company owner since 2009, was there in person. I did not attend the Expo this year (I’m now based in the Netherlands), however, an online colleague/friend did attend the event and reported to me this week that when he spoke to Vantage staff and they appeared to be quite ‘upbeat’ about business, indicating no sign of any impending issues with the company. I’ve also read considerable hearsay on Facebook and Twitter regarding the situation with Vantage—everything from the company going bust to the Lambs fleeing the country. Absolutely no factual evidence has been offered or shared to back up this hearsay. It all seems like random conjecture in the absence of facts.
This may come as little solace to the authors wondering what has happened fees they have paid and royalties due for books already published by the company, but I’m only interested in the facts as they stand. I would ask authors to check the terms of their contracts with Vantage to first find out WHEN and HOW often the company is obliged to pay royalties. Some paid publishing services have clauses indicating that royalties will only be paid every 6 or 12 months. Some also include a clause which states a certain financial amount must be accrued in the account before a royalty payment can be made. In the event this situation does turn out to be something sinister, or the company has closed etc, I would warn authors that engaging in one-sided accusations, threats and unfounded allegations and defamatory comments on social networks is not going to help their case further down the line should it become a legal matter.
Back to some facts…
My understanding is that Vantage Press intended moving from New York City to Massachusetts, New England during 2012. I’m sure I did see a posting on their Facebook page or website earlier this year—you’ll forgive me for not recalling specifically where and when. I believe David Lamb always intended to have the business closer to where he lived. When this move was completed, I can’t confirm—I don’t know David, nor have I ever met him face to face, though, from recollection, we have exchanged maybe two or three emails over the past two to three years. Calling your local enforcement officers to visit or check the company’s old offices in New York is probably wasting their time and yours. I’ve witnessed enough matters like this over the years to know that the Police, while sympathetic, cannot act unless there is evidence that a law has been broken. Matters like this are best served by consulting a lawyer. As reported above in one comment, the NY office of Vantage Press is most likely non-operational or occupied by some other business now. I’ve no idea if the Lambs owned or rented it. I suspect most of its authors also don’t know the answer to that either. The correct address – to my knowledge – for Vantage Press is now:
Vantage Press
271 Main St.
Suite 3
Great Barrington
Massachusetts
United States of America
(413) 717-3023
I’ve yet to hear from any authors who have attempted to check this address, rather than the New York address. None of the NY phone numbers will work because they are all out-of-service numbers. The Massachusetts number above does work; however, you will be directed to leave a message. I have already left a voicemail with David Lamb directly, as well sending him a more detailed email regarding my concerns regarding the current status of Vantage Press. 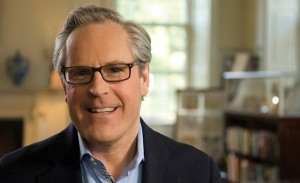 What has been of concern to me is the FACT that the companywebsite has been offline for approximately two weeks (that I am aware of) and the Vantage Press Twitter account is also down (@vantagepressinc). The officialcompany page is still up on Facebook, however, November activity is absent or has been removed. Both non-paying imprints (Vantage Point and Andover Press) are also running online but show little activity and updates for the past few months. Several authors have posted activity comments to the Facebook page, including my own in the past week, and these comments appear to have been removed—suggesting someone is still logging in as an administrator of the page. David Lamb’s Twitter account shows no activity since July and Selina Lamb’s account had activity during April but can no longer be found.
Some more FACTS of note.
One author has reported to me that she contacted Ingram Publishing Services and they have not been in contact with Vantage and would like to speak with them. (It’s odd that Ingram reported to this author that it only had the NY phone numbers on file.) This author was informed that orders for her book could no longer be fulfilled by Ingram because Vantage needed to sign off orders. I have not as yet spoken to Ingram about this. Generally, while helpful, Ingram are unlikely to release account information on a client’s account, and if there is an issue with orders, they will usually refer you back to your publisher. If several authors’ book orders are not being fulfilled, and this is what authors are telling me, then it would suggest there is an issue with that particular publisher client’s account. Ingram will not release specific reasons for this, but may indicate on query that the matter is with a different department and they are aware and investigating it. Ultimately, Ingram’s contract is with the publisher, not the author.
Again, I appreciate the upset and frustrations authors are feeling at this time, and I also appreciate authors who have forwarded me their personal phone numbers to contact them, but right now I am getting a great deal of hearsay and speaking one on one with an author is no replacement for proper facts, details—your written correspondence and emails with Vantage. As an editor and journalist, I can’t run any news story in the online magazine based on hearsay or what one author heard from another author or a friend of an author. I need something in writing. I can spend hours on the phone and sympathise with authors in this predicament, but that is as much as I can do. It doesn’t fix or address the actual problem.
I have reached out to my own contacts to provide me with solid facts about what has occurred with Vantage Press in the past few days. So far, other than hearsay, nothing of substance has come from that. Someone out there knows what is going on and can verify it. Whether that is David Lamb directly contacting me, an employee, or someone who can verify the situation in writing to me with proper facts—we are just going around in circles.
I would ask anyone with substantive information to email me at TIPM.
Only then we will get to the bottom of this.