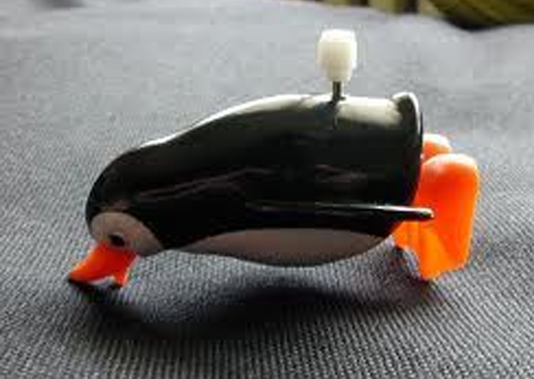 In about seven weeks many in the publishing industry will gladly embrace the Christmas and New Year hiatus with added enthusiasm, and never more so than at the offices of Penguin Books. The company has been at the centre of the two biggest stories in the publishing industry this year—the purchase by Pearson of self-publishing behemoth Author Solutions as a Penguin bedfellow, and the agreed merger of Penguin with Random House. Subject to regulatory stipulations, by late summer 2013, the Big Six will become the Big Five. This of course assumes Hachette, Simon & Schuster, HarperCollins and Macmillan don’t plan any yuletide sleepovers or any cavorting in the tall grass of the publishing meadows next spring. Right now, all bets are off, and I would say you might be lucky to get some decent odds on a Big Four by the end of 2013/early 2014.
Following Pearson’s purchase of ASI (Author Solutions), news of the agreed merger between Penguin and Random House was met with the same surprise and shock within the industry, and comments about just how bad the outlook will be for authors and readers. I’m always intrigued when the reactions of surprise and shock come from those working within the industry, right at the coalface of change, as if their daily roles are non-participatory in the process—nothing more than midnight office cleaners or bottle-washers at a brewery. It’s a bit like stopping on a hill roadside, getting out of the car without using the parking brake, watching it roll back down the hill, and shrugging your shoulders; ‘don’t know how that happened or what’s gonna happen next, but I don’t think it will be good!’
For some months there has been speculation about a big shake-up in the publishing world coming in the shape of a complete purchase or merger of some description. The German Bertelsmann Group has been consistently at the centre of this speculation and the chances were always high it would include either News Corp or Pearson as the other willing partner. Below is what I posted on TIPM’s Facebook page back in August.
Mick Rooney shared a link.
24 August
It may be speculation, but you can be assured there’s been some long, long hours burned in the Bertelsmann executive boardroom. A major merger in the media/publishing world has been on the table for the past six months. Yesterday News Corp announced that Jonathan Miller, Chief Digital Officer, would step down from his post in September as the group continue to create more distance from the publishing division.
The big publishing players have long needed to come up with some answer to the emergence of Amazon, Apple, Google, and a host of innovative publishing platforms led by Kobo and Smashwords—not to mention a strategy that provides publishers with a strong bargaining hand in the digital age and march towards Publishing 2020. The truth is—since the 1980’s—trade publishers, owned by large media corporations, have been gobbling up independent publishers who demonstrated brand or cultural value in an effort to introduce an acceptable face on the new beast of publishing. It was only a matter of time before we would be left with independent scraps scattered around the main table and the big six would look to their nearest neighbours and fancy a large piece of them with a side order of fries and a nice Chianti.
Apart from the fact that the newly formed Penguin Random House merger will create a publisher with about 25% of the global book market, it also brings with it one of the remaining brand names recognisable outside the book world, though, Penguin has nothing like the name it once held when Allen Lane founded the company. Bertelsmann were careful to ensure that Random House Germany (Verlagsgruppe Random House) will not be a part of the deal and remain separate and under the direct leadership of Bertelsmann. Bertelsmann will hold a 53% majority stake in the merger and the terms of the deal allow either party to buy out the other after a period of three years.
Quite why this news has been met with shock and surprise, I’ve no idea.  Andrew Franklin, M.D. of independent publisher, Profile Books, and an ex-penguin stalwart, may not have been surprised about the deal but he believes he knows how it will all pan out and what we should really fear, according to comments he made to The Bookseller recently:

“Joint Ventures are inherently unstable. Bertelsmann will end up owning 100 per cent. There will be job losses, of course. First the warehouse, then finance and royalties, then print and production, marketing and finally editorial. It’s inevitable. It’s very sad to see a British company taken over by a German one.”

Andrew Franklin, donning his gas mask and helmet, and, understandably, making for the trenches before the arrival of the German Luftwaffe.  At a time of serious challenge from global technology giants and consolidation for the publishing industry, we could probably do with less ‘we shall fight them on the beaches…’ psychobabble. Franklin has done a superb job of proving that a quality independent publisher can be developed in the UK from nothing, but this would not be the first time he has played the clown and said some pretty stupid things. Mind you, another bastion of the Commonwealth, News Corp’s CEO, Rupert Murdoch, has poured cold water on the merger in a tweet after his own clumsy move on Penguin was rebuffed:

Well done, Rupp, I’m afraid Jeff Bezos is already occupying the ‘doing it for the authors and agents’ moral ground you are trying to annex. There is a degree of hypocrisy in Murdoch’s tweet, as Kelly Burdick, executive editor at Melville House, rightly points out.

“Just recently, Murdoch fired a third of the staff of his tablet-only ‘newspaper’ The Daily. In 2009, he dumped a boat load of people at HarperCollins. And earlier this year, Harper dumped a big part of its sales department.”

The Penguin Random House merger will provide the largest trade book publisher in the industry in 2013, subject to regulatory clearance, though, some industry analysts suggest this is not a foregone conclusion. Nothing in publishing is a foregone conclusion, and while the industry at times considers itself a special needs case—as if the digital world had never touched another industry—and every trade, rights and pricing ill should deserve of its own judicial intervention; I suspect Bertelsmann will move heaven and earth to have this deal approved. If that means the German media group has to dump assets to take off and fly—then so be it, as it is in heaven and on earth. Philip Jones, of The Bookseller, wrote the most concise, down-to-earth and lucid pieces on the merger, while managing to keep all his food in the bowl and not hurl a single toy out of the publishing pram.

“It would not surprise me if the OFT took an initial look, and then launched a wider review of the entire book market. As many have pointed out, blocking a deal that gives Penguin Random House a quarter of consumer book sales makes little sense in a world where Amazon is at 40% of print and digital, and 90% of digital alone. There are, anyway, non-core assets both could dispose of, if the regulator presses its case.”

There has also been a great deal written in the past couple of weeks about the choice of name for the new proposed merger, with Random Penguin my favourite. However, in Katherine Rushton’s piece in the Telegraph UK, she cites Dame Marjorie Scardino, CEO of Pearson speaking about the subject of name during the negotiations:

“Random Penguin did come into conversation, but it hurt the penguin’s feelings.”

Ah, alas, the poor bashful penguin didn’t see the humorous side of it! I’m sure the penguin stood in the corner for a few moments and had a sulk. Pity, because joking aside, that could have been a decision of real leadership, and perhaps reflects the fact that while Bertelsmann is happy to embrace the Penguin brand as a commercial enterprise, it still lacks the vision to deliver a trusted and recognised brand and emblem to readers. Maybe subtly, this tells more the honest story of what Penguin brand will be in the future. I suspect the Bertelsmann executives just tapped their pens nervously on the boardroom table and waited for the penguin to finish his hissey-fit in the corner and return to discussions without a single hug. Indeed, Scardino may have been the first to emotionally buckle when the penguin reluctantly shuffled back on to his chair:

“Oh, for God’s sake, right, we’re calling it Penguin-Random. At least your name’s first even though we’re in 53% of this. Now stop snivelling and eat your plate of squid and krill!”

Few company mergers come without job losses and some downsizing. I don’t think this merger will be any different and despite what has been reported by both groups (Pearson and Bertelsmann) since the announcement, it remains to be seen what degree of autonomy both companies will continue to wield. How much this changes Pearson’s acquisition of Author Solutions as part of Penguin also remains to be seen, but you can bet Bertelsmann discussed that as part of the overall deal as well. In effect, we now have two of the big six with direct or indirect involvement in self-publishing solutions services, or at the very least, access to Author Solution’s publishing engine.
The new merger will certainly have more clout in the industry and that brings greater bargaining power, but I’m not convinced that the challenges facing other trade publishers will be any different to Penguin Random. Nor do I believe that the opportunities for authors will become any less than now. If anything, expect the merger to jettison a few key senior figures and that may lead to the development of new independent publishing houses if history repeats itself from the 1990’s and 1980’s. The recent trend for authors has actually been to move away from large publishing houses, whether to independent houses, or directly to self and e-book publishing. The real authors affected by this merger will be successful authors and their agents at the top of the pile, already in the mix. But, then, I don’t think they need reminding of this and it is those on the inside more worried about the latest developments, not the authors on the outside knocking to get inside.
Yesterday seems so far away now.