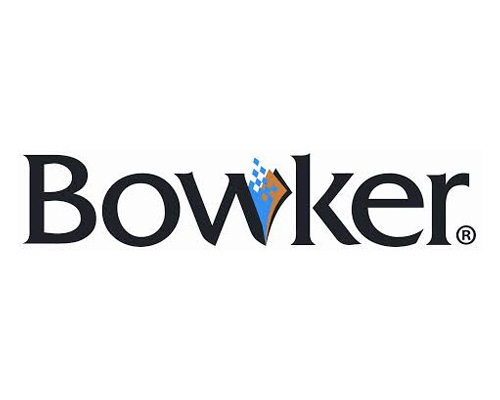 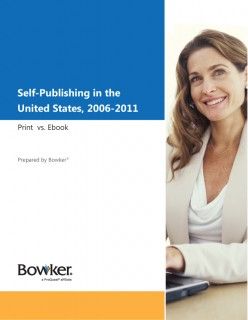 [Editor’s Note:  Bowker annually release figures and reports like the one referred to in the press release below, however it should be noted that Bowker only rely on titles with an ISBN, and given that Amazon KDP lists over 200k self-published titles and Smashwords lists 60k titles for 2011 (against Bowker’s claimed 40k), quoted figures below should be taken with a large grain of salt.]

Self-Publishing Sees Triple-Digit Growth in Just Five Years, Says Bowker®
CreateSpace, Smashwords and Author Solutions dominate infrastructure landscape
New Providence, NJ – October 24, 2012 – The number of self-published books produced annually in the U.S. has nearly tripled, growing 287 percent since 2006, and now tallies more than 235,000 print and “e” titles, according to a new analysis of data from Bowker® Books In Print and Bowker® Identifier Services. The research explores the dramatic U.S. growth of an area once relegated to the fringes of publishing. It finds that while production increases are occurring in both print and e-book formats, the latter is driving the greatest percentage gains. It also shows that while self-publishing may seem like a cottage industry, it is dominated by large firms that offer publishing services to individual authors.
“Self-publishing is now supported by a sophisticated and highly accessible support structure,” said Beat Barblan, Director of Identifier Services for Bowker, an affiliate of information powerhouse ProQuest. “It’s provided everyone who has a story to tell with a method for sharing it and leveled the playing field to an unprecedented degree. This is no longer just vanity presses at work – self-publishing is out of the dark corners and making its way into the mainstream. Notable success stories include a number of self-published authors landing their titles onto the prestigious New York Times bestseller list for ebook fiction.”
Bowker’s research into self-publishing was prompted by an earlier study that showed 2011’s 148,424 self-published print books represented about 43 percent of that year’s total traditional print output and contributed to the first significant expansion in print production since 2007. While print accounts for 63 percent of self-published books, e-books are gaining fast. E-book production in 2011 was 87,201, up 129 percent over 2006. Print grew 33 percent in the same period. While self-publishing is a DIY undertaking, Bowker’s analysis shows its infrastructure is made up of a handful of large firms. In 2011, CreateSpace dominated the print segment, supporting the creation of 58,412 titles (39 percent of self-published print books). Smashwords topped the e-book producers with 40,608 titles (nearly 47 percent of total self-published e-books). The combined divisions of Author Solutions (part of Penguin Group) produced a total of 47,094 titles and Lulu Enterprises checks in with 38,005 titles. The Bowker analysis shows that beyond these four players, no company has more than 10 percent of market share.
Small presses, a category that is defined as publishers who have produced 10 or fewer books, accounted for 34,107 self-published titles — 21,256 print and 12,851 e-books — in 2011. Print book production by small presses increased more than 74 percent between 2006 and 2011 — hearty growth that’s dwarfed by CreateSpace’s 1702 percent increase during the same period. While marketing their works remains the next great hurdle for self-published authors, Bowker research points to major influencers within their control. Bowker surveys of book consumer habits show that authors can effectively reach more readers with online excerpts, retailer recommendations and customer reviews.
Bowker is the official ISBN Agency for the United States and its territories. The Books In Print® database derives a valuable portion of its information from these ISBN assignments, providing the nation’s most comprehensive view of book production. The Self-Publishing Report and other Bowker® Market Research studies that illuminate the business of books are available at http://www.bookconsumer.com/
About Bowker® (www.bowker.com)
Bowker is the world’s leading provider of bibliographic information and management solutions designed to help publishers, booksellers, and libraries better serve their customers. Creators of products and services that make books easier for people to discover, evaluate, order, and experience, the company also generates research and resources for publishers, helping them understand and meet the interests of readers worldwide. Bowker, a ProQuest affiliate, is the official ISBN Agency for the United States and its territories. The company is headquartered in New Providence, New Jersey, with additional operations in England and Australia.