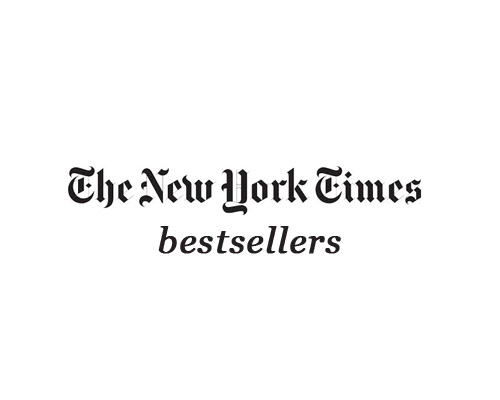 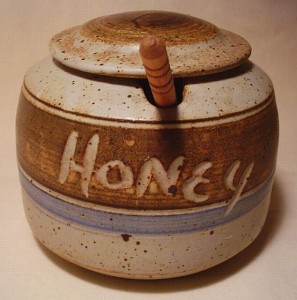 It seems The Honeypot of Self-Publishing is getting sweeter and sweeter by the day for the publishing industry. The appearance of just one self-published book on the New York Times Bestseller list would have raised quite a few eyebrows not too many years ago, and, yet, just a few weeks ago (Aug 5th), no less than seven titles by four different authors graced the list. Of course, we are talking about the New York Times e-book fiction list, but nonetheless it reflects how times have changed. Even the most recent combined New York Times list of bestselling ebook and paper editions (Sept 9th) sees Maya Banks’ Softly at Sunrise at number 21. William P. Young’s The Shack dominated many bestseller lists for more than a year as recently as 2008/9. As more readers migrate and become accustomed to buying books in e-format, this growing presence for self-published authors looks like it will continue and thrive.

While such successes may help to copper fasten the belief the self-publishing community has in its books having a rightful place in the book market—despite the stigmas and ever-present detractors from the legacy side of the book industry; readers still judge a book by its cover, blurb and marketing hyperbole, but most readers don’t give one iota how a book is published once it reaches their hands and proves to be a good read. They still burst with the same enthusiasm to share their reading experience with other readers. The legacy of publishing will always be that it began as both curator and educator, and however tainted that self-proclamation is perceived now by young and technically savvy authors, publishers earned it by rite of passage, dedication and survival through 500 years of the book industry. Maybe they have a right to shout about the legacy they built now that it is being truly tested by the Digital Sword of Damocles.
Publishers do love their brands and imprints—more than the readers who buy their titles—and the success of many independent and self-published authors may be testing that old love affair. It is teaching publishers a thing or two about the importance of author brands and the value of connecting with readers through social communities—whatever way the content is packaged and delivered. But the rise of self-publishing has also taught publishers a great deal more.
What is the Self-Publishing Honeypot and why are publishers starting to see how sweet it is?
The Self-Publishing Honeypot has many of the answers publishers have been struggling to get to grips with (or ignore) over the past twenty to thirty years. It has already taught publishers more in the past ten years than they have learned (or remembered) in the last five hundred years of publishing. Some will argue my assertion that The Self-Publishing Honeypot has much to teach them, but I still think it is still important to remind them that the solutions to many challenges are never too far away from home. Much of it has to do with the connections and relationships publishers have (or want to have) with their authors and readers. The Self-Publishing Honeypot might comprise of all authors and service providers, but as in every facet of life, the cream and success rises to the top, and often that is all we tend to see and remember, rightly or wrongly.
Here is what publishers are just starting to learn (or relearn):
·         There exists a new, small breed of savvy authors who know as much about how to sell books—if not more—than publishers
·         Pricing flexibility can still lead to profit
·         If you really want to base your business strategy up solely as a market receptacle—rather than be proactive and promote literary trends—then you need to get a book to market as quickly as possible
·         There exists a new breed of publishing services, operating as competitors to publishers, far more adept and comfortable embracing digital changes in the industry
·         There are more streams of monetization in the industry than just publishing and selling books, like offering publishing services externally and establishing writing academies of excellence
·         Self-publishing—as a way of identifying new writing talent with an already proven sales success—is one strong alternative to the dreaded slush pile publishers have already given up on as a reliable method to contract new authors
·         Recruiting the best of self-published authors is another way publishers can still claim to be gatekeepers and curators of literature while still delivering what readers want
·         Agents—perceived by some publishes to be their content suppliers and servants—like authors, are beginning to re-evaluate their roles in the industry, bypass publishers and go direct to readers via book packagers, distributors and (e)retailers
·         Running a business which is entirely dependent on the success of less than 10% of your clients can only lead to an uncertain and perilous future. Publishers are quick to remind us of the unique nature of their roles and how much publishing is a risk, but even the betting industry ensures the risks taken are stacked wholly in its favour
Large publishers—when caught in choppy and dangerous waters—are often compared to large oil tankers. You might see the danger ahead at the same time as everyone else, but the bigger the vessel, the longer it takes to steer away from the rocks, no matter how skilled the crew. Smaller publishers, like tugboats and schooners, can appear to be swift, quick-witted, innovative and capable of surviving in the long term, but once the large vessels finally turn into safer waters, they soon catch up. Large publishers in the past couple of years or so are certainly showing signs that they have shaken off a lot of the digital paralysis that had struck them.
In fact, almost all of the big six publishers have developed sophisticated digital programs in-house or are forming programs with external partners. Penguin and HarperCollinshave been particularly strong recently in this area. There was a time—not too long ago—when much criticism could be laid at the door of large publishers for not being receptive to digital publishing. That is certainly not the case now and it was brought home loud and clear at this year’s London Book Fair. Publishers are serious about developing their digital wings, knowing it will very soon be the primary engine room of their business, but more than that, publishers for the first time thinking beyond the confines of what legacy publishing was. Just a couple of days ago, Ideal Logical founder, Mike Shatzkin, recounted a lunchtime meeting with HarperCollins CEO, Brain Murray:

[Brian Murray] expressed dissatisfaction with the term “legacy” to describe the publishers who had been successful since before the digital revolution began. For one thing, he felt that sounded too much like “the past”. We need to come up with a different term,” was his assessment and he suggested that perhaps “full-service” was more apt. I find I keep coming back to “full service” as an accurate description of the publisher’s relationship to an author. That’s what the long-established publishers have evolved to be.”