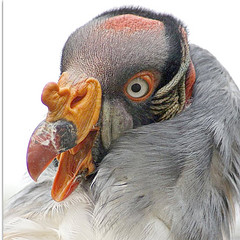 This article appeared a couple of days ago on The Huffington Post entitled, Who Needs Publishers and Bookstores? Writers, Readers & Everyone Else. Sometimes you just can’t let an article go without pointing out the horrors it tries to perpetrate. Thanks to The Passive Voice for plumbing from the depths where it should stay evermore! Here is my commented response to some points in the piece.

“An idea has taken root in certain quarters that publishers aren’t necessary any more. And for that matter, who needs bookstores?”

It would be fascinating to know where Mr. Petrocelli has pulled this assumption from.

“Amazon.com has propagated the idea, suggesting to authors that they should just hand over the text-file to one of its many subsidiaries and leave the rest to them.”

Ah, yes, another ‘Amazon is the Bogeyman’. I don’t think Amazon has ever said that, and, in fact, Amazon is developing its own publishing imprints. If Amazon is guilty of any one thing, it is that it wants to be all things to all men and women.

“The Department of Justice seems to have bought into this argument, referring to publishers in its latest legal action as simply “intermediaries” between writers and readers.”

Shss, don’t tell Mr. Petrocelli, but the DOJ wasn’t trying to insult publishers. It was merely stating the fact that legally, that’s exactly what publishers are in the business of books – intermediaries in the process of delivering writers’ content to readers. It seems Mr. Petrocelli is still in love with the romantic idea of publishers as literary champions, curators and educators. It’s quaint, and I wish it were still the case, but, alas, publishing is now, first and foremost, a business.

“All of this has given rise to the growth of print-on-demand publishing, local publishing, e-book-only publishing and other inventive means by which authors try to get their work in front of readers. What these alternative methods have in common is that they are all a form of self-publishing. In each of these scenarios authors take upon themselves the tasks of editing, designing, distributing and promoting their own books.”

Most of these ‘alternative’ methods of publishing are actually legitimate means many publishers use to deliver content to readers – ebook, POD and local publishing. Frankly, I’m not too sure what local publishing is, but I’d suggest many thousands of dedicated small literary presses, and perhaps even some universities would describe what they do as ‘local publishing’. These ‘alternative’ methods were practiced long before authors ever adopted them directly. So, no, Mr Petrocelli, the above listed ‘alternatives’ are not specifically meant for self-publishing. Self-publishing existed long before POD and ebooks. Nevertheless, I do see the desperate attempt at mental gymnastics Mr Petrocelli is making to add to his argument.

“But none of this is an alternative to traditional publishing.”

Eh, it is. I’ve just said traditional publishers were – and are – using it.

“Books are fundamentally different than most other products.”

Eh, nope! Nice romantic idea, but books become products, too. Someone comes up with an idea, creates something, passes it to a manufacturer/publisher/printer and a promotional and marketing process is put in place. Hopefully people buy it, use/appreciate it and money profits back on a share basis.

“Unless the economic conditions are right, there are many books that will never come into existence at all.”

Yup. Some ideas and creations see the light of day – some don’t. What logical point or analogy are you trying to make, Mr Petrocelli??

“If you eliminate the publishing and bookselling businesses without having something stable to replace them, you run the risk of discouraging authors and leaving many future books unwritten.”

And ‘traditional’ publishing doesn’t already do that?? It didn’t need any help from self-publishing to create that landscape of waste.”

“Most authors work in isolation. Unless they are famous, there is ordinarily no ready market for the books they write. There may be a large potential readership, but the great majority of authors have no practical way to reach that audience. For the vast majority of writers, the cost of doing this would be prohibitive. This is where publishers and brick-and-mortar bookstores step in. Their principal role is to help authors reach readers that they aren’t able to find on their own.”

No. The principal role of a bookseller is to sell books. You should at the very least, as a bookseller – Mr Petrocelli – understand that. No. A publisher’s principle role is not to help authors reach readers. It’s not even an agent’s role anymore! Maybe a PR agency. A publisher’s role now is to discover good marketable books to sell to bookstores. If you believe what you wrote then you must be dealing directly with an extraordinary eclectic and dedicated bunch of publishers.

“The process described above is by no means perfect, but it is the only proven way by which potential book buyers can become aware of books that they might want to read. That point needs to be emphasized.”

…and you don’t think good self-published authors know this – that, physical product, marketing and shelf space are crucial – not the publishing method that gets you there. Me thinks there is a degree of ‘my way or the highway here’.

“It’s little wonder that purchasers who use Amazon.com and other on-line sellers rely on publisher promotions and bookstore displays to find what they want. There is almost no comparable way to do that on-line. Books on Amazon.com and other on-line sellers are typically listed in an undifferentiated format. There is no promotional effort on such websites that is at all comparable to what publishers and bookstores do. It is probably for this reason that statistics from those who have self-published on-line typically show sales of less than a hundred copies.”

“It’s important to step back from publishing and view it with a certain amount of perspective.”

I fear Mr Petrocelli has stepped so far back to admire the perspective; he has fallen off the cliff top entirely.
“Moreover, it has proven to be a very democratic and egalitarian system. Many authors have started out with little money, but nevertheless they have been able to reach a wide audience because publishers and booksellers have invested their own funds to bring those books to the attention of the reading public.”
What a grand statement of capitalism. You might start out with sweet FA, end up with sweet FA, but be happy. Your publisher and readers love you. You shouldn’t want for anything else.

“So the next time anyone says that publishers and bookstores are obsolete, you might ask yourself if they really know what they’re talking about.”

Hmmm, I might ask the same question of you, Mr Petrocelli.
I’ve never read such a misguided and self-deluded, self-flagellating article on publishing.