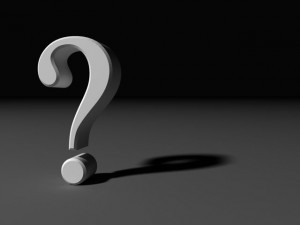 This is the first of a series of articles on The Future of Publishing 2020.

I’ve been preparing this article for a while on the future of self-publishing 2020. One thing I have learned is that predicting the future based on current practices and trends is a precarious business. The publishing industry – as a community and business – is undergoing an utter sea change in methodology and ideology not seen since Gutenberg’s first print press. When I speak of the publishing industry as a community – I include publishers, agents, authors, printers, guilds and associations, as well as readers in this community.

“It is driven by what we refer to as the democratization of globalization. The business world is moving from a ‘push’ (traditional publishing) to a ‘pull’ model of information consumption. This means that everyone everywhere in the world has in principle access to the necessary information and pulls it when needed.”

TRANSLATION AUTOMATION IN JAPAN
Publishing – Push or Pull?
For me, this encapsulates everything about the publishing industry and where self-publishers – and more importantly, readers – find themselves in today’s world. Publishing in 2020 will be about discovery before profit and disruption before integration. Profit will only follow discovery because the retail landscape will be about access, identification, and maintaining longevity there. In reality, ‘publishing’ will be for the vast majority of authors – as a way of expression and not profit. For most, the challenges of disruption and democratisation will prove too much. In 2020, most authors will never consider self-publishing as a path to profit. Profit will be an exception rather than a rule and ‘publishing’ like ‘self-publishing’ will simply become an accessible and universal form of communication, rather than a prescribed career path through publishing.  Indeed, I suspect the reality, speed and immediacy of a network like Twitter, or whatever succeeds it, will become the medium we first hear news of a global nature.  How we interpret, valuate and disseminate that material will say a lot about who we are.
The whole concept of traditional publishing was built on ‘PUSH’ to retailers/readers. Publishers got used to celebrating authors and pushing the books they published out to sales reps and retailers, and eventually on to the end reader. It’s been like this too long. Publishers now don’t sell books to readers – they sell books to buyers in bookstores. As long as publishers hold that ground – they’re fucked – awash in an industry universe a million miles away from both author and reader. And in a strange way, publishers implementation of strategies and buzz words like ‘disruption’, ‘disintermediation’ and an imposed ‘democratisation’ brought on by circumnavigation of the industry by authors is only emphasising the clear ‘PUSH’ of authors to reach their readers, and the inevitable wish of the consumer/reader to demand discoverability and ‘PULL’ as hard as they can with the technology at their disposal. The centre is being squeezed as authors try to reach readers, and readers try to reach authors. Agents and publishers are at the centre of this new digitally enabled maelstrom, and something has to give.
Publishers in 2020 may inherit what they deserve – a liaison with a select few large agents delivering sure-fire manuscripts based on the latest trends, guaranteed to deliver profit over risk. We may see little future for midlist authors or debut authors who can’t provide a brand that can deliver over several years.  I’m less convinced about agents in 2020. With the move of self-published authors to ebook publication with platforms like Amazon and Apple, I see less of a place for agents in this less complicated world of publishing. Sure, Picoult, Patterson and the large legion of successful New York Times authors will never have the time the self-published authors have to sacrifice to these matters, but there will be a place for large agencies. The rest will submerge into the media and conglomerate entertainment edifices, and the sole agents will exercise an existence as scrappy as the authors they once represented. Of course, just as in the past year or two, we will see crossovers and reinventions. I predicted five years ago that major publishers would develop self-publishing imprints, and that has happened. Agents will try their hand at setting up digital imprints for out of print and new titles – that’s happening. Established authors will crossover and take control of their empire – whether in print or ebook – hi, Paulo and JK, hope is all well with you both. Agents will even throw in the towel and dive into the waters themselves – hi, Nathan, hope all is well with you too!
In 2020, there won’t be a ‘self’ in publishing. It’s meaningless. Come to think of it, in 2020, there probably won’t be a ‘publishing’ in publishing anymore! It’s all becoming meaningless.
But one thing is certain. Writers will be writing in 2020. Whatever you do, whatever you write, do what you have to do and believe and enjoy it. Just maybe, someone else will also agree.

The second article in this series of articles on The Future of Publishing 2020 will look at Control, Disruption and Discoverability.