Mijnbestseller (My Bestseller) could be called the Dutch Lulu, with no upfront costs and 50% profits, and with a Lulu-like user dashboard, community and book reviews are at the forefront of Mijnbestseller’s program. What is striking on their main webpage is the request for book reviewers as much as authors looking to circumvent the traditional channels of publisher. That’s not a strategy I find with any author solutions services, even the community orientated companies like Lulu and CreateSpace who offer DIY publishing services.

Mijnbestseller.nl is an initiative of Paul van Bekkum, former director of the Eindhoven Dagblad, and Robert Bosma, a former line manager at Wegener. “The book world is on the verge of a revolution,” says van Bekkum. “Printing on demand makes it possible for anyone to publish a book, search engines and social media make sure that the book can be found and sold.”

Mijnbestseller is at a very early stage of its evolution, but where many other services use social networking as a tool, Mijnbestseller is using it as a fundamental part of the development strategy. Much in the way that we are seeing the big publishers launch digital platforms – be it for their own self-publishing imprints, or as a marketing strategy to allow authors to connect (re-connect) with readers.
I liked this from their ‘About Us’ page. Clearly, like Lulu and CreateSpace, Mijnbestseller know their community of authors will be their book buying customers as well. I don’t necessarily mean an author buying their own books, but rather the biggest buying sector for self-published books is often the author or readers who are also authors within the same online social network. Many self-published authors will cringe at that admission, but they should not. This is what co-operative business was built on over many hundreds of years, and it is why global trade as we know it today flourishes. Every business solicits and uses other companies’ services – and that reality is the cornerstone of the self-publishing community. The philosophy – every writer starts out as a reader, and many readers end up wanting tom write. The mistake we are making is to behave as a hierarchy in the culture of literature – saying; this is where the writer’s journey ends, and this is where the reader’s journey begins.

For every book there is a market, even though the market is a buyer

Your book sales are made with the sophisticated marketing capabilities of my bestseller. You get your own shop, you can tie your fans, write blogs. We make widgets for you that you press a button on your social community sites like MySpace and Facebook, can post. Send press releases done in a jiffy, you can order your personalized promotional items, send newsletters. The right online audience reach, including niche sites related to the topic of your book, do through our affiliate marketing module.

You will excuse the less than perfect translation of the above extracts as I am using Google Translation. But you can get the gist of what is being conveyed by Mijnbestseller.

Another growing online print and self-publishing solution in the Netherlands is Pumbo. Again, it seems to be modelled on services like Lulu, Cafepress and Unibooks. A brief look at Pumbo suggests to me that the profits for the author solutions provider are loaded heavily into the price of books to the author. A 125 page standard paperback coming in at a whopping €17+ with the equivalent ebook edition priced at €12+! There is also a delivery charge to add on depending on the amount of units ordered.
According to a piece in Publishing Perspectives last year on the independent publishing scene:

“Roughly, the publishing landscape in the Netherlands consists of three categories.

First, there are the large conglomerates: Veen Bosch & Keuning (VBK), Weekblad Pers Groep (WPG), Standaard and Lannoo, among others. They each own a variety of publishing houses that operate relatively independently and are often located in different buildings. These firms can’t really be called “imprints,” but they do ultimately report back to the CEO of the group. Second, there are a dozen or so independent publishers who operate professionally within mainstream trade publishing. The third group consists of hundreds of very small publishers who often specialize in narrow subjects and don’t use traditional distribution networks.” 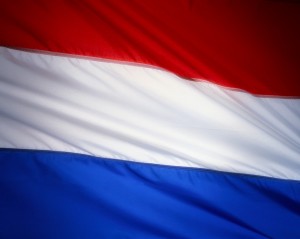 Overall, I don’t think the Netherlands is structured any differently than most countries with a developed published industry. You are going to find a three-tier level in the publishing world everywhere. Having said that, the final point above about ‘the third group’ is very true of the Netherlands and perhaps exaggerated. A browse through any bookshop will reveal translated editions of the mainstay bestsellers in the English language published by the large Dutch houses, but you will also find a vast array of much smaller presses, particularly in the independent bookshops and a myriad of non-fiction from general subjects to niche and specialised. What is also noticeable is that the Dutch are big into gift and pocket books on every conceivable subject and the theme of humour and national flagellation is never too far away on a bookshelf.
There is a great deal of shift at the moment in publishing in the Netherlands, publishers have merged or gone by the wayside like PCM, but the gap between the large publishing houses like WPG, AW Bruna, Lannoo, VBK and Standaard, and the independent publishers – big and small – is nowhere as big a gulf as we find in the USA, or even for that matter in the UK.
Individual identity has always been a strong aspect of Dutch culture, and this is no different in the publishing world. Up until a few years ago, there were only two major book distributors in the Netherlands, and with so many small presses, many of them don’t follow the traditional lines of distribution in the trade, preferring to deal directly with bookshops under their own steam, using their own sales resources in-house. In the UK, it has almost become vogue for distributors to represent a particular clientele of publishers, depending on genre, or location. If supermarkets in the Netherlands are a reflection of product accessibility, a visit into many outlets will reveal food is close to the heart of the Dutch spirit, and locally sourced fresh produce competes well with national and international brands. I think this is something which explains why so many small and diverse presses survive in the Netherlands.
The truth is, in spite of its colonial history, the Dutch don’t do hierarchy – and no more so in business than socially. The Dutch mind-set is not altogether different to Ireland – staunchly strong on family and community – steeped in a history of culture and an attitude that anything can be achieved no matter what the adversity. If we differ in Ireland – it’s because we love to feast on adversity and the bad weather and it creates a poetic and spiritual solace, rather than an ability to always move forward and turn what we hold dear into triumph. In the Netherlands, there is no fear of a lack of attachment or going it alone – no matter how small or great the aspiration.
Digital publishing is only just entering it’s infancy in the Netherlands, and it remains the single area holding back independent publishers and self-published authors. A recent survey and report on the future of publishing undertaken by Price Waterhouse & Coopers, reveals a great deal about how far behind the Netherlands is in digital and ebook growth.
The figures provided don’t come even come close to the US or UK market in ratio per populous, and the figures also reflect a degree of indifference to ebooks at the moment. Like Ireland, also in ebook infancy, the Sony ereader is the lead device. The Kindle device has only recently become available over the counter in Ireland and that is about to change dramatically in the next twelve months. Ebook uptake in the Netherlands reflects some of the lowest figures in Europe and that is indicative not of a less open culture to digitalisation, but of a culture – while liberal in ethos – is still reliant on a European influenced traditional sense of a ‘market’ community. Ask anyone staying in Amsterdam for a holiday, and they will reflect that the heart of the capital is still driven by paper tender as a preference to its electronic cousin. It’s just in the blood and culture.
That’s both good and bad news for independent and self-publishers in the Netherlands. The secret is how the publishing and retail environments will be best harnessed and developed.