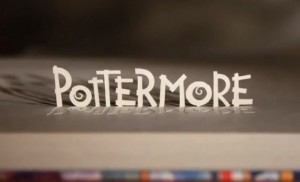 Jon Evans wrote an interesting piece on TechCrunch this week entitled –Voldemortis Got Nothing On Jeff Bezos. In the article, Evan’s argues that authors – certainly big name authors like J. K. Rowling – have both wealth and resources to circumvent the ‘Big 6’ and Amazon to reach readers. More to the point, wealth and resources bring with it professional editing and design and without the trappings of DRM and any other ‘necessary evils’ the monoliths bring.

“The Big Six may be doomed, but now that Amazon has broken the seal on external sites selling DRM-free Kindle e-books, that DRM-laden monoculture will go down with them. Meaning that finally, after years of thrashing, readers will finally get what they have wanted all along: DRM-free e-books sold by Amazon and anyone else who wants to sell them. Three cheers for Harry Potter, and a billion points to Gryffindor.”

I take the sentiment that Jon wrote this article with – that we are in a new free world of publishing without just one defined channel of pursuit for authors on the publishing road. Rowling’s Pottermore is an example of one author, partly responsible for a phenomenal worldwide branding (Harry Potter), and that author seizing rights control of one aspect of the branding (ebook and distribution).But this is no more about Rowling rejecting ‘legacy publishers’, but, instead, Rowling seizing back control of a small part of a runaway brand. A brand, I might add, the writer has drawn a line under by turning to a different genre.  This is not about Pele taking the ball home and refusing to play in the World Cup. There are only a handful of authors on this planet who would have dared to make the commercial and marketing decision Rowling (and her team) made with the launch of Pottermore.
Actually, there is nothing new or groundbreaking about Pottermore.  It’s been the foundation of independent authors’ online presence since the late 1990’s, and I’m sure there are a few reading this who will happily point me in the direction of earlier authors online with their own ‘Pottermores’, places where readers could visit, engage with the author and their characters, and purchase books. The formula of an author website to create your book branding is nothing new at all, but fundamentally, here is where I think Evan’s article gets blown out of the water.  Almost all authors are not Rowling’s, and no matter how hard they try to develop their brand on their own website – Amazon’s Kindle program, review system, marketplace and author pages has more than most authors will ever have the ability, network reach or time to put in place. And of course Amazon are not the only kid on the block with availability to wider reader sellers offered by Smashwords.
There is of course the more pertinent issue in this whole argument of democratising the world of publishing. Many authors who enter the world of self-publishing are not interested in becoming the next John Locke, Joe Konrath, J.K. Rowling, Hockling, et all. Authors write through passion and not profit, and most, even the self-published authors, don’t want to be publishers or ‘stars’, they just want to write and connect with their community of readers however small.  It’s a fundamental point publishers are only now starting to get to grips with following the ebook revolution. The fluidity and flexibility of small presses has proved that we are in an industry where small is sometimes better. To coin a crude analogy, it’s harder to turn the Titanic around when you are faced with icebergs than if you are in a smaller boat.
You can turn the boat around safely as a large publisher or do it abruptly likeHarperCollins. Authonomy was a crude and early attempt to deal with in-house resources and marry it together with a publisher embracing an author community. At best, it presented HarperCollins editors with a hands-off window on new writing talent, and at its worst, resulted in Harper Collins telling submitting authors to go away and ‘play in the childrens’ room in the corner like good little boys and girls and try not to squabble too much amongst yourselves.’
Penguin learned a little from the experience of HarperCollins as well as Hay House and Thomas Nelson, and instead chose to develop Book Country in-house. The jury is still out on this one but it is a more thoroughly developed platform than any before it.
Faber in the UK has always been a shrewder publisher and maintains its focus and traditions on writing skills, services to other smaller independents with Faber Factory, rather than indulging in direct self-publishing services.
I still have some hope that the remaining few mavericks within the ‘big 6’ will see sense – that they will stop fighting change and they will stop fighting booksellers like they are First World War troops in the trenches, and realise they long handed over the family keys years ago. They are scorning and treating intuitions of the community like libraries as if they had no worth. This was what the ‘academia’ the print and publishing industry built themselves on the backs of. I’ve given up arguing with them. Those who want to change, survive and re-embrace the readers will eventually survive. The rest – if they don’t – never deserved to.
Here is the future. It’s like Pottermore, but it isn’t. Sure, the ‘big 6’ will always look after the authors who deliver the most revenue. Their current model doesn’t fit most author’s sales or aspirations. The Pottermore model will only work if authors band together by philosophy or genre in the spirit of a workshop. My best guess is this is where true independent publishing is headed. Academies and workshops runs by a co-op of authors, designers, editors and agents – far better connected with their communities – may be where the new future of publishing is headed.