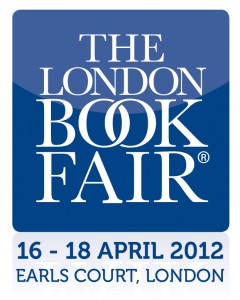 I’m just back from the London Book Fair this evening. What an extraordinary presence from new digital companies in the Digital Zone. I think the most significant piece of data is still to come over the following weeks when LBF announce who was at the book fair. From my perceptive, this was a ‘trade show’ when many authors decided to attended, where once the idea of attendance by authors was accepted but considered ‘awkward’ unless there was an agreed ‘meeting’ arranged between agent and publisher. This year, many authors took it upon themselves to take the bull by the horns and tackle publishers. I haven’t seen that happen before. To be fair to the trade publishers there, and to many of the people I talked to, this was one of the first times I’ve seen trade publishers openly recognize that they were sharing an exhibition with more than an industry perspective.
What seemed to blow most away was the strength of the Digital Zone and its vibrancy which I actually felt was missing from the trade stands. The Earls Court 2 almost seemed like a doffing of the cap to the Digital Zone as if it was something happening outside of the industry and needed to be placed at arms length. Random House were…well, Random House, two walls of their large 8th foot stand keeping out anyone, as if to to say, as always, we’re doing it our own way, so don’t get too close. They were busy, always, with authors and business of the like, but then, there are always busy doing their own thing and making their own statements. Perhaps, next year, we will see bouncers deployed for their stand. No need for riff-raff!
What I did note was a diversification between the quality self-publishing services and the many new print/ebook services. The passionate line from so many was how easy it is and how quick you can get your book out there. The seminar sessions, on the whole, were informative, but I felt I was hearing the same thing said in the same way over and over again. To a point, I found myself abandoning a number of sessions after a half hour.
Amazon threw the kitchen sink at LBF 2012. They had a full stand demonstrating the Amazon Kindle Publishing Platform with authors to back it up and the news deliberately delivered of their acquisition of the James Bond titles was well executed.
Over the three days I had a great deal of discussion about the idea of an association, guild or some kind of body for quality self-publishing services in the UK. That will only ever happen if the leading services in the UK come together and don’t see themselves as competitors, but rather custodians of a new breed of self-publishing delivers quality and distribution.
Orna Ross launched The Alliance of Independent Authors, and maybe there is a potential fix there. It will still need one or more of the UK author and publisher guilds on board if this is to truly work.
More on LBF in the coming days…
You can find the latest news and vidoes on LBF here.