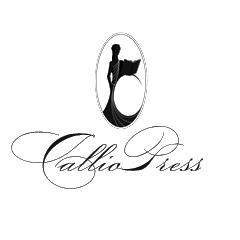 Callio Press has vacated its London office in Regents Street, and in a recent email to the company’s authors, MD Graham Miller explained ‘that the business can no longer afford to operate an office in central London nor full time staff.’ Callio Press (formerly Discovered Authors and defunct Bookforce UK) is a publishing service in the UK offering bespoke self-publishing services and assisted publishing packages, as well as mainstream publishing contracts through its Callio Crest imprint.

Citing a downturn in book sales for the trade, a difficulty in ‘finding new titles’ and the ‘shift in reading habits from the printed book to e-book equivalents’, Miller announced that Callio Press will no longer take on self or assisted publishing books outside of their current list of authors and will instead focus itself as a mainstream publisher. I have to say I’ve never heard of a publisher complain about the difficulty of ‘finding new titles’, most are buried under a deluge of them! Current estimated market share for ebooks runs at about 5% in the UK, so that means 95% of sales are still print books.
The latest changes will see Callio Press utilise print on demand facilities at Amazon/CreateSpace while fulfilling orders for the trade ‘using local stock to demand as before.’ Whether that last bit means Callio Press will continue to use printers in the UK, like Antony Rowe CPI for trade stock, remains to be seen. The current moves suggest to me that Callio Press is going to shift to an online business, sub contracting out all book production tasks with a view to operating exclusively as a digital publisher in the future.
At times, it has been a hard task keeping up with this company because it has experienced so many ups and downs, strategic reinventions of its business model and rebranding since its inception in 2005. It is getting harder to tell quite where this company is going at times and just when you think one strategy has bedded in – something changes again. And that cannot be doing much to instil confidence in the authors currently holding contracts with Callio.
So much so, that Miller in his email to Callio Press authors suggested ‘many authors may wish to take advantage of the one month notice clause in their publishing contract and move. Callio Press will do it’s best to assist those authors make the move as pain free as possible.’
It is not too often we get a publisher or publishing service almost eager to jettison some of its authors, but it is important that Callio Press has at least provided that option. Some of you may remember last year Dorchester Publishing in the US moved their business model exclusively to digital and that generated considerable criticism from its contracted authors and industry watchdogs, with the company being accused of making the change because of financial duress and not any specific wish to embrace the future of publishing.
MD Graham Miller of Callio Press concludes his email communication to his authors with the following:

“In the beginning, I may be slow to respond as there will no doubt be numerous outstanding issues and questions about the future to deal with, but, in a few weeks as these settle down, I would expect to deal more promptly with correspondence and am actually looking very much forward to getting back into the detail having been absent from the business now for some years.”

I will add to the above by disclosing here that POD, Self-Publishing & Independent Publishing has been contacted by a number of concerned and disgruntled authors of Callio Press in recent weeks, some paying up-front publishing fees entirely unaware of the impending changes. I am also aware of negative reports and comments on this company circulating around the Internet at the moment, and at present, I am examining those reports in detail.
Perhaps for now, the wisest thing Callio Press has done is announce that it has stopped soliciting self-publishing and assisted publishing services. Even better would be to reflect this fact on the website. How Callio Press will fair operating in the business as a mainstream publisher doesn’t bear thinking about. The company admits it can’t afford to pay for an office or full time staff, and bizarrely concludes that the way forward is exclusively offering mainstream publishing contracts – utterly bizarre!