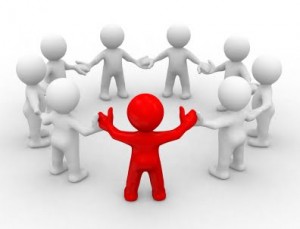 One of the biggest challenges facing authors is finding a suitable channel or platform to present their work. For self-published authors, the challenge is even greater without the support of a marketing engine and sales distributor that comes with a commercial publisher. While self-publishing still has its stigmas and detractors, digitalization in the print and publishing industries, together with a growing community of savvy and entrepreneurial authors like JA Konrath and Zoe Winters; it has announced its arrival in the wider publishing world. There is a great onus on the self-publishing community – authors and author solutions services – to ensure that self-publishing does not remain on the fringes of the publishing world, but instead, becomes a serious, viable and alternative path to publication. That can only come about by strong community and high standards no matter how humble our beginnings.

“Selling my books from a table on the street was one of the most difficult things I’ve ever done in my life, but it taught me some very important lessons about what it takes to turn a book browser into a book buyer and how to get word out about your book.”

Penelope Thompson, Author of ‘How to Sell Thousands of Your Self-Published Book‘

What is clear to me, and I am sure many others, is that self-publishers will serve each other best if they work as a community within the sphere of publishing, rather than on the margins, continually being goaded into sneering and giving the two fingers to our traditional cousins. By all means, let us celebrate self-publishing successes when they happen, and they do, more often than our traditional cousins would like to admit. JA Konrath pulled no punches when he wrote about his ebook sales figures this week.

“Some people seem to be really pissed off that I’m making decent money without relying on the gatekeepers. They call me an outlier, an anomaly, an exception. They deride self-published ebooks, low ebook prices, and anything not endorsed by Big NY Publishing. They don’t like what’s happening with Kindle, and don’t like me talking about how much money I’m making, and are bemoaning a future where other authors will do what I’m doing.”

Konrath’s point is many authors and publishers still believe that without the endorsement of a gatekeeper, self-publishing successes will remain the exception rather than the rule, but the real implication is that if a book is published by a commercial publisher, and it is panned by the literary critics, then it is still a better book because of its brand than a self-published book of literary merit. There is a twisted logic operating at the top of the publishing world since the explosion of the mass paperback during the 1950’s – a kind of ‘mommy knows best, dear. Take you medicine and read this nice book.’
I am not against gatekeepers, be they editors or literary agents, just as long as they are author and reader centric. And I do not believe this is true of many large publishing houses – most are rigidly structured and focused on the pursuit of the dollar and the replication  of what is successful rather than the promotion of what deserves to be successful. With production turnaround times of nine to eighteen months in publishing, frankly, commercial publishers who follow social trends and try to replicate success by creating template formulas for bestsellers cannot afford to be so rigid. While success might be easier and more frequent to come by with a large publisher, I would suggest that if you believe self-publishing successes are the exception rather than the rule, then consider the possibility that most bestsellers are accidental rather than deliberate.
The two great elements missing from the hierarchy of publishing today is Community and The Reader. The most important person in book publishing is The Reader because word of mouth is what sells books and the publisher must create a community for its readers. That is why Amazon and Google may sooner than we think become the largest publishers in the world. The Reader is also the most discerning editor in the world and in the life of a book they cast the final deciding vote – to purchase or not to purchase – to read or not to read.
What self-published authors must do is find, engage and nurture their community of readers while maintaining a kinship with their fellow authors – traditionally published as well as self-published. Right now, publishing is changing drastically and faces supreme challenges it has never before faced. From where I stand, self-published authors are doing a better job of dealing with those changes and embracing and using the tools of change than the large publishing machines of the industry. I do not want to see the largest publishing house collapse into the dust, but they must now acknowledge that the time is fast approaching when they will need us more than we will need them. I will gladly help with that change, but only if the publishing industry have the humility to acknowledge us and ask for our help.