Debut novelist Gerry O’Carroll has secured what could prove to be a very lucrative deal with Irish publisher Liberties Press. O’Carroll’s first novel The Gathering of Souls will be published in trade paperback this May in Ireland. As yet, only Irish publication rights have been secured with the hope that Liberties Press can reach a deal with a UK publisher at this year’s London Book Fair. The Irish publisher will be helped in those negotiations by Robert Kirby, director and agent at United Agents and literary agent for O’Carroll.
There are a number of things which make this deal unusual. Firstly, and strikingly, Liberties Press is primarily a publisher of general interest titles and its forays into literary works are more memoir than novel.

“Liberties Press welcomes submissions of new work on any subject by both new and established authors. We also aim to publish work that has been out of print for a long period and that we feel would be of interest to the reading public. Please note, however, that Liberties Press does not currently publish fiction, short stories or poetry.”

O’Carroll certainly does fit the Liberties Press brief for authors on their list as ‘a high profile figure’. He was a senior Irish detective for many years and worked on some of the country’s most notorious murder and gangland crime cases. Now retired, he writes an opinion column for one of Ireland’s national newspapers and is in popular demand on radio and television for his views and analysis on crime.
O’Carroll will not receive an author advance from Liberties Press for his novel, but instead, he will split the share of profits from the sale of his book with the publisher. His agent, Robert Kirby, will receive 15% of the author’s share of profits. This is also the first profit-share publishing deal Kirby has brokered. The deal with Liberties Press is strictly for book rights and O’Carroll retains all non-book rights including film and TV.
The fact that O’Carroll is not receiving an advance is certainly not unusual, particularly in Ireland, where advances are often not only low, but at times nominal or nonexistent. Outside of publishers with an Irish presence like Penguin, Hachette and Transworld (Random House imprint), the Irish author has a difficult furrow to plough if they are to be successful with Ireland’s other independent publishers and small presses. 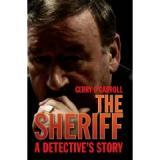 It is the fact that O’Carroll has held on to the Film and TV rights to his book which may make this deal highly lucrative for him, considering his first book, The Sheriff, a memoir of his days as a detective became an Irish bestseller when it was published three and a half years ago.
Things are certainly not great all round for Irish publishers. Just last week, Mercier Press, one of the country’s longest serving independent presses announced they were delaying many scheduled books due to be published this year and were not taking on any new contracts for 2010. Mercier Press has been particularly hit by the recent cuts in the Irish Arts Council’s grants.
I suspect we are going to see a steep growth in author solutions services in Ireland over the next couple of years and more deals like Gerry O’Carroll’s from new as well as established authors.
The Independent Publishing Magazine | TIPM Media
Sharing
Authors

How to Stay Organized as a Writer – Beau Peters | Guest Post